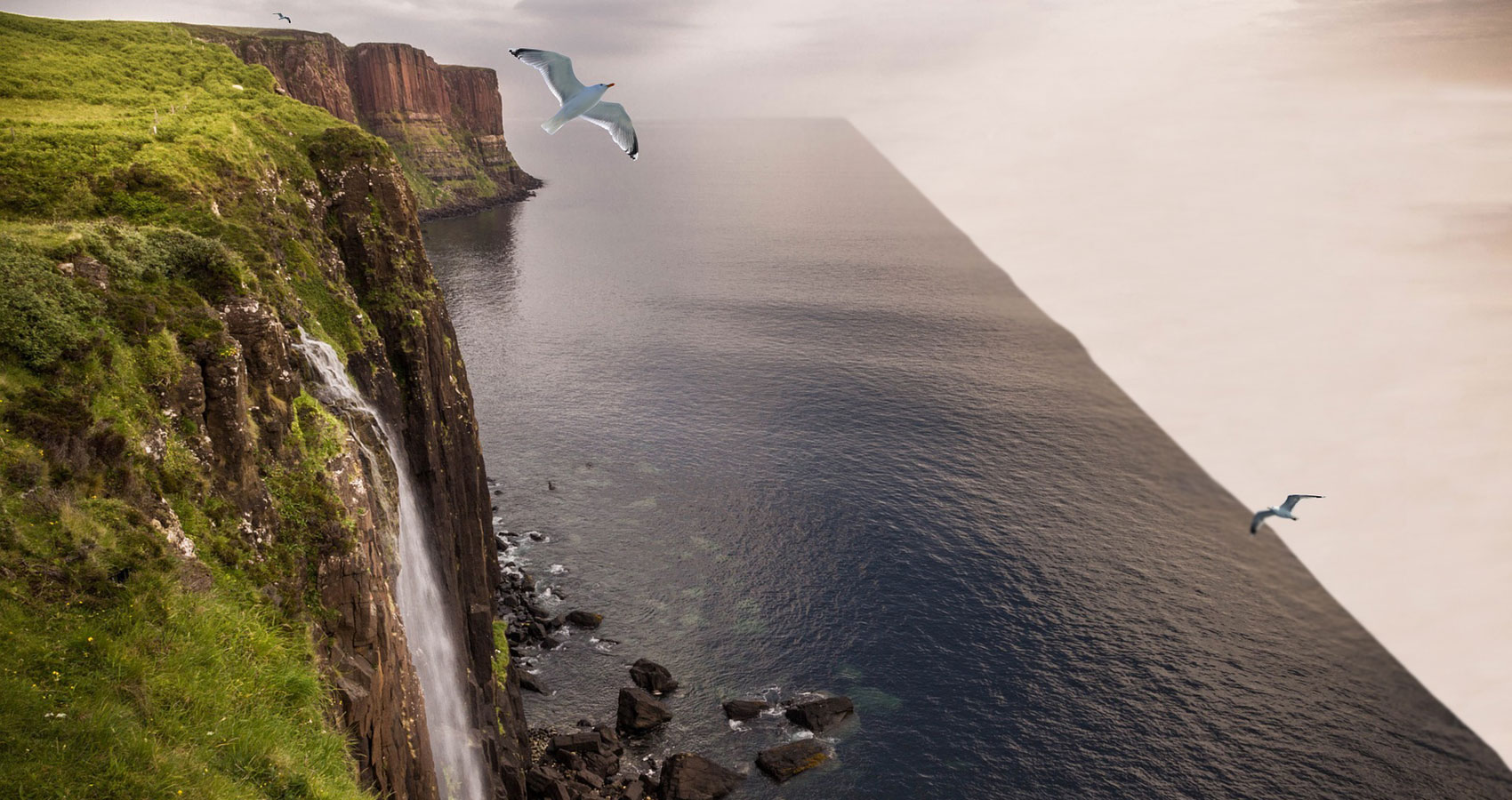 Rudy told me he had discovered his passion for history and travel during his Sophomore year of college in Rome. Brokenhearted after his first big love affair with a classmate had ended, he had sulked in the youth hostel for almost two weeks until a pitying Italian signorina named “Gia” had coaxed him back out into the world again.
During the romance which followed, Gia had taken him to one exotic place after another, always proudly explaining, in her broken English, what she knew about its historical significance.
“First because I wanted to better understand what she was saying, and then to be better prepared for our excursions,” Rudy said, “I bought a book on Roman history, and read it. That book was how I discovered she was often either wrong about her facts, or maybe even bluffing, presumably to amuse and impress me.”
They had both known their relationship could not last beyond the summer; and so, because she was sweet and beautiful, he explained, he decided to put away the book without ever mentioning it and concentrate on simply enjoying her company while their fling lasted.
But when it was time to fly home, Gia was surprisingly emotional. She presented him with a tin canister full of homemade Baci de Gama (hazelnut cookies).
“Stupidly, I didn’t have a gift prepared,” Rudy, said, shaking his head sadly at the reminiscence. “Thinking fast, but not too clearly, I took that book out of my luggage and gave it to her to remember me by. I thanked God I had kept it, because it passed easily for a thoughtful gift, since it obviously corresponded to all our excursions.” He paused, and as his gaze drifted, his eyes misted over. “She kissed me so hard, I never wanted to leave.”
Back home again in Ohio, he said, finding himself missing Gia, he had written her a fond letter to confess his strong feelings. Her response was unexpectedly harsh and haughty. In case he had forgotten his insult, she reminded him that the margins of the book he had given her were full of penciled notes concerning the factual discrepancies in her stories.
“My God! Of course, I had forgotten about that, or I never would have given her that damned book,” he said. His fingers patted the pockets where in past decades, he had kept his cigarettes and lighter. “Gia must have felt humiliated,” he explained, “because she vengefully declared that the joke was on me; that she had deliberately been making a fool of me the whole time. I wrote back a dozen times to apologize and appeal for her forgiveness,” he said. “but every letter went unanswered until that cursed book finally came back to me by mail, about six months later. Enclosed with it was a note from Gia’s mother, hand-written in careful, Italian cursive, informing me in that her beloved daughter had died in a tragic boating accident, and to please stop writing letters.”

Rudy pinched his lips together in remembered grief.

Those events were decades ago, of course.

“My fascination with history had truly begun that summer with Gia”, he said.
Rudy had changed his major to Ancient History, learned Latin and Greek, and eventually became a professor at the same university where we eventually met. He explained that every vacation he ever took—whether funded by the university or taken from his own savings—was spent visiting parts of the old world until he had checked every location on the ancient map contained within that original book on Roman history he had once given to Gia so long ago.
The subject might have never come up if we had not been drinking together on my yacht. I could barely afford the dockage fees for the 28-footer, but the thing had come to me in my father-in-law’s will, my wife being dead, and so, I was determined to get a little use out of it before the tax collectors claimed it. Since Rudy had never married, the pair of us bachelors took it out on the bay on weekends.
“The Mappa Mundi!” I exclaimed, finally grasping the special significance of that world map I had often admired on the wall of his office. “Well, I would never have guessed an old bachelor like you would be such a romantic.”
“My secret is out!” he chortled, convivially tapping his drink glass against mine.
Rudy’s lung cancer was already advanced by the time he discovered it. Fortunately, a semester had just ended, so I was free to help him cross a key item off of his bucket list. The only place he had never visited on that topographically-distorted and incomplete Mappa Mundi was a vague area in the western ocean, marked “Here be dragons”.
“Um, you know we can’t actually visit a mythological place in the ocean, Rudy” I said, smiling indulgently.
“You say mythological; I say hypothetical!” he countered, amused at my offer of pragmatism to a man facing imminent death. “Besides, you’re the only man I know who owns a fancy yacht. I’m only asking you to steer the boat, pal. I’ll make all the sandwiches.”
Obviously, I couldn’t refuse his dying wish.
For the first two weeks, he seemed quite happy on the sea, watching the flat, grey horizon. It was late one night, after a drink or two more than usual, that he told me about Gia. I thought of it but chose not to ask whether Agnes had ever known about her. When he came to the part in the story about Gia’s death by boating accident—that’s when it dawned on me that his own death at sea might be his true, morbidly sentimental aim.
It rained for the next three days straight, during which his health took a sharp turn for the worse. His pain would make him groan aloud, but he refused any medicine apart from more liquor. When the clouds finally disappeared on the fourth day, a rainbow appeared on the horizon. Rainbows, of course, are quite typical after a rain, but this was a full day after the rain had stopped and there was not a cloud in the sky. I thought it quite odd, yet no less beautiful for that. I called Rudy, asking him if he had the strength to come out on the deck and have a look at this marvel. He said he would very much like to if I would give him a little help.
And so, with his hand on my shoulder and my arm around his waist, we hobbled together to the yacht’s gently heaving bow and stared at the sight together.
“There.” He declared, pointing as if vindicated. “There be dragons.”
“That’s a rainbow,” I corrected.
Raising his eyebrows, he threw my own words back in my face, “There’s not a cloud in the sky,” he jeered, then added, “Do you know where else there are rainbows?”
“Where?” I asked.
“Waterfalls,” he said. “That there’s probably the edge of the world, just up ahead.”
We both laughed at that. “We could sail off the world together, just like Thelma and Louise,” I joked, and then we laughed some more, even longer and harder, until I saw his mouth was full of blood.
“Rudy!” I said. “You’re bleeding.”
Continuing to smile, his teeth crimson, he pushed me gently away and waved his hand as if it was no big deal.
“It’s only death,” he said shrugging. “Long coming. But it’s not fair for me to take you with me over the edge, Louise,” he added with a wet laugh, before smearing his lips against a bare forearm. “Thanks for everything, brother. I mean it. I think I’d like you to let me off here.”
“What? I can’t…I can’t…” I stammered.
I couldn’t bear the thought of it. Stupid with shock, I glanced reflexively at the lifesaver ring mounted on the rail, but he didn’t even wait for me to finish the sentence. Saying nothing more, he just threw up his hands, pushed off with both legs, and leaped backward over the rail, plunging under the swift waves with a splash.
I raced to the rail and leaned out, looking for him, but I saw only the mist of the racing bow wave—and just forward and below the bow of the yacht, tilting sharply through the mist, the edge of the world.