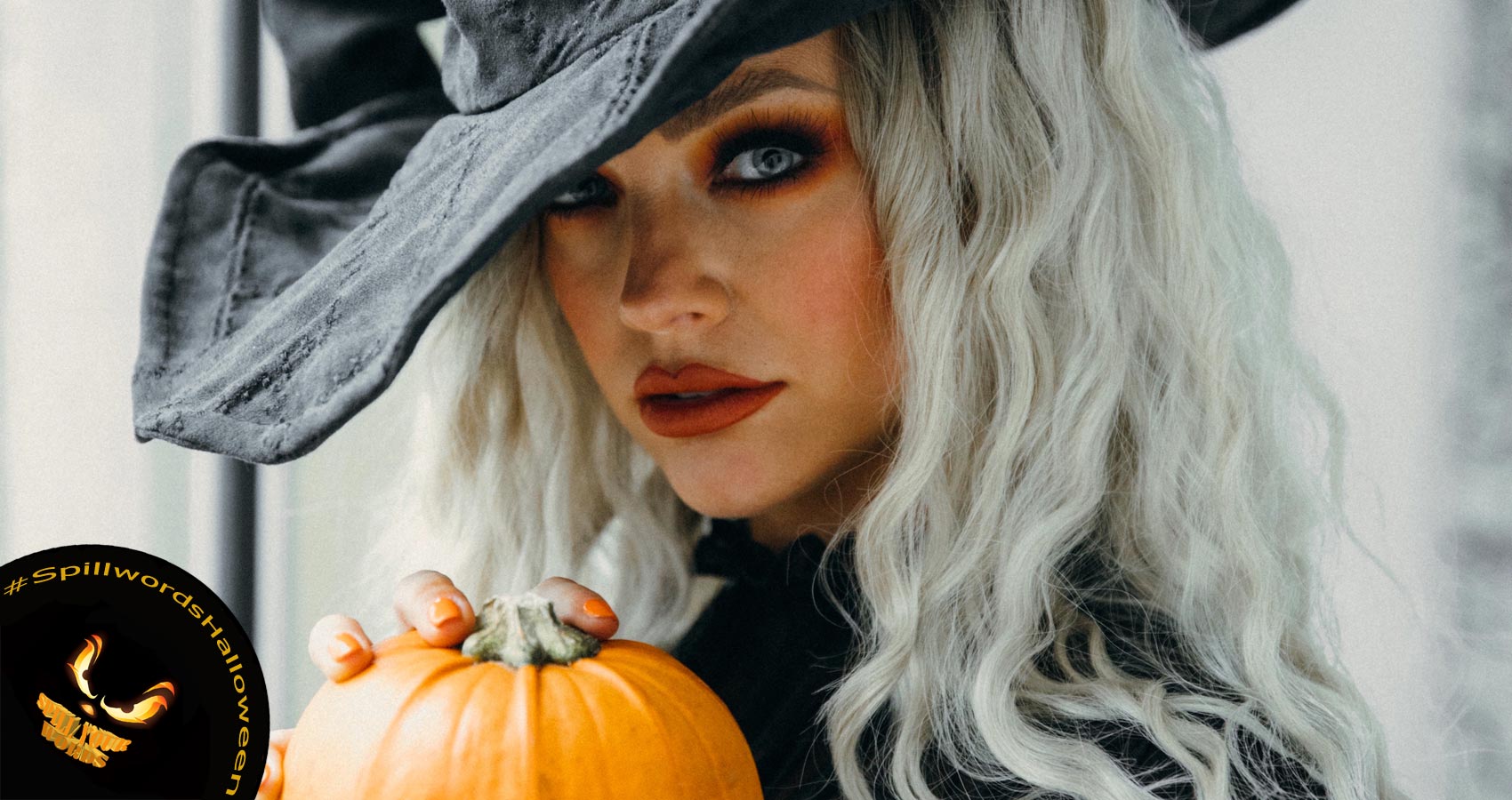 When the head feels like a gourd —
I want to scoop out all that it holds.

Everything I once considered important
must be re-examined now.

I want to take out every fiber of my brain
and seeds of all my ideas to carve emptiness.

I want to feel hollowness and smell the scent
released from the execution of my ‘Self.’

I want to sit at my door and welcome autumn,
with a tealight candle flickering in me —

a little fire, enough to keep me warm,
yet not enough to feel the frost ensuing.

I want to watch ghosts and goblins pass me by, grinning at life,
and children excited for trick or treat in their colorful costumes.

I no longer care to fly like a witch with my broom,
or go door to door with my pail, knocking for candies.

I just want to sit out there at my doorstep like a pumpkin,
holding a lantern-lit in me, and feel — anything but important.

Kalpna Singh-Chitnis is an Indian American poet, writer, and Editor-in-Chief of Life and Legends. She is the author of four poetry books, and her works have appeared in notable journals like World Literature Today, California Quarterly, Indian Literature, Pirene's Fountain, etc. Her full-length poetry collection Bare Soul was awarded the 2017 "Naji Naaman Literary Prize for creativity." Her awards and honors include the "Bihar Rajbhasha Award," given by the government of Bihar, India, Bihar Shri, and the "Rajiv Gandhi Global Excellence Award." Kalpna's poetry has received praise from eminent writers, scholars, and critics such as Nobel Prize in Literature nominee Dr. Wazir Agha, Vaptsarov Award, and Ordre des Arts et des Lettres recipient Amrita Pritam, Academy Award winning poet, lyricist, and filmmaker Gulzar, and others. Her poems have been translated into Spanish, French, Italian, German, Albanian, Chez, Arabic, Nepali, Hindi, and other Indian languages. Her works have been included in several anthologies. The most recent among them are 100 Great Indian Poems (Bloomsbury, India), Unseen (Skylark Publications, UK), Collateral Damage, Carrying the Branch Poets in Search of Peace (Glass Lyre Press, USA), and Paws Healing the Earth (River Paw Press). A former lecturer of Political Science, Kalpna Singh-Chitnis holds a degree in Film Directing from the New York Film Academy and works as an independent filmmaker in Hollywood.