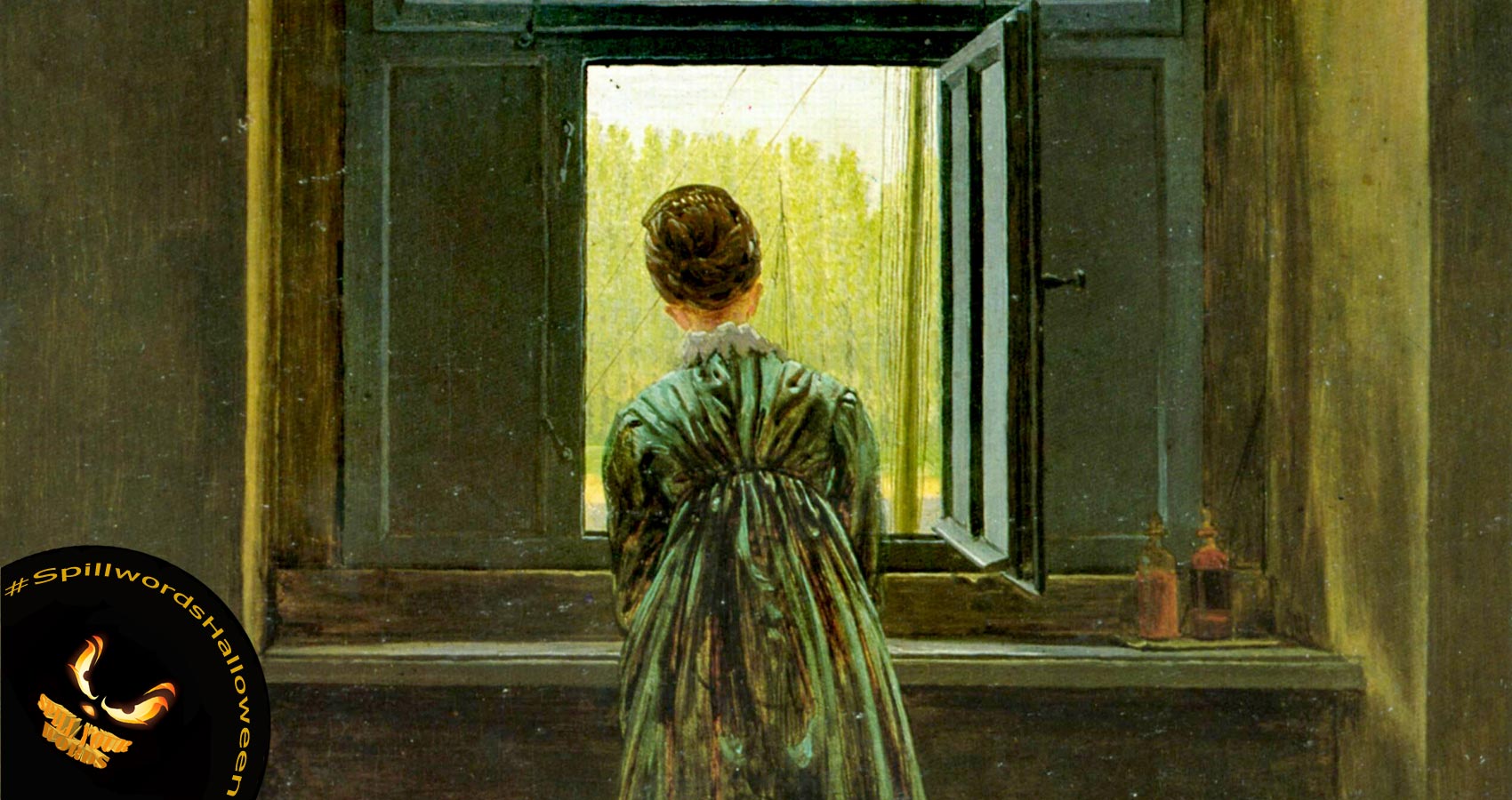 A Devil For Ethel

A Devil for Ethel

Halloween was the time of year, Ethel hated most. The village children, dressed in all sorts of fancy gear, howled around her house and shouted, ‘trick or treat.’
How she detested any interruption to her daily routine. Halloween, in her books, was a newfangled idea. ‘Over from America,’ she murmured, pulling a handkerchief from her sleeve and wiping her brow.
At her age, Ethel had suffered quite a few Halloweens. That very first year when the darned custom took hold, she’d opened the door, and the beggars pushed around her shouting that wearisome trick or treat chant.
The following year, Ethel was prepared. She’d portioned up several tubes of fruit gums and packets of Jelly Babies into small cellophane bags and nailed them to the front door with a notice: ‘Take one and vamoose’. The vamoose had been a mistake. That word was obviously not in the ankle biter’s limited vocabulary. All they did was rip the bags from the door but still knocked, rattled the handles, and shook the French doors. One particularly nasty skeleton had managed to push open the cloakroom window and tried to climb in. A bowl of water, thrown from her study’s upstairs-window, had finally dispersed them.
For the following Halloweens she stuck to the water torture. She had several buckets and bowls ready with not the cleanest of washing up water.
Last year had been a disaster; the children had cottoned on to it and wore rain capes.

Emergencies demanded drastic measures; the critters had to be deterred somehow.
Ethel smoothed down her wiry grey hair, straightened her tweed skirt and fiddled with the clasp of her pearl necklace. Finally, she buttoned up her trench coat.
Plumes of smoke emitted from the exhaust pipe as she drove her old Jaguar through the village. She hoped her good old steed would make it to the next large town.

After some searching, she found the shop ‘Ghost and Ghouls’ on a side street.
‘I need the most frightening costume you have,’ Ethel told the young whippersnapper of a sales assistant. He rifled through the hangers and pulled out a black onesie with a long tail. The gnarled face of a devil stared at her, and the tag said, age: 12-14 years. In the changing room, she squeezed into the garment, donned the mask and swished the tail.
’Dare I say it, but this is heavenly,’ Ethel whispered, stroking the fury material.
Getting out of the costume was another matter. She turned and twisted, but it would not budge, so she grabbed her discarded clothes, clutched the mask under her arm and paid at the till.

On her way back, holding the steering wheel with one hand and trying to retrieve the tail from under her posterior with the other, Ethel hit the curb. The car stuttered and came to an abrupt halt right on the outskirts of the village.
‘Drat, damn it! Pardon my French! What do I do now? Leave the car by the roadside and tomorrow call the RAC to collect it?’ Ethel asked no one in particular and donned the mask.
Clutching her handbag against her chest, she made her way across the field and through the woods, leading to her house, hoping that nobody would see her. The church clock struck five when she entered through the kitchen door.

As soon as it started getting dark, Ethel turned on all the lights in the downstairs rooms and lit a fire in the baronial heart of the drawing room, heightening the ambiance, invoking a sense of hell.
The children wouldn’t dare to knock and call on her, not with such a scary Beelzebub dancing in front of the glowing casement windows, making a real spectacle of himself.
The swirling and arm swinging had rendered Ethel deaf to the ghouls, the skeletons, the vampires, and witches creeping up, swarming around the garden, pushing open the front door and entering the house.
The worst had happened.

That evening, like every evening, on his way to lock the church, the vicar passed Ethel’s house and beheld the most disturbing sight.
A devil, tall as a beanpole, with gangly limbs, a grinning face, and spiky horns danced amongst a horde of the macabre swishing a long tail. The hellhound’s arm was around the shoulders of a vampire feasting on a bottle of blood-red ooze, liquid trailing down the side of his fanged mouth.
Zombies crept across the furniture and a skeleton rose from behind the sofa as if escaping from a grave. A black cat clawed open the door to the grandfather clock and jumped inside.
Ghouls held tubes of jelly gums aloft. Witches stuffed bone-like potato sticks into their grinning mouths, swaying and laughing.
The vicar shaded his eyes. The devil now waved its hoofs in the air, jerking back and forth, starting to chant, ‘Let’s dance the mash, we’ll do the mash, we’ll do the monster mash, the monster mash, it’s a graveyard smash. Let’s do the mash and catch it in a flash. Let’s all do the mash, the monster mash.’
Just occasionally, the beast of hell slowed down, wiping its brow with a large handkerchief and clutching an arthritic hip.
Pulling his mouth into a benign smile, the vicar murmured, ‘Aha, a devil for Ethel! There is life in the old dear yet.’
He skipped once, twice, and went on his way humming, ‘Let’s do the mash, we’ll do the monster mash.’

I grew up in Switzerland and now live on the South coast in England with my husband and cat. I have always loved writing since I was a child. Various publications and a story read on the radio have encouraged me to keep writing. My writing especially covers events, traditions of my childhood but I also write more broadly about other subjects.