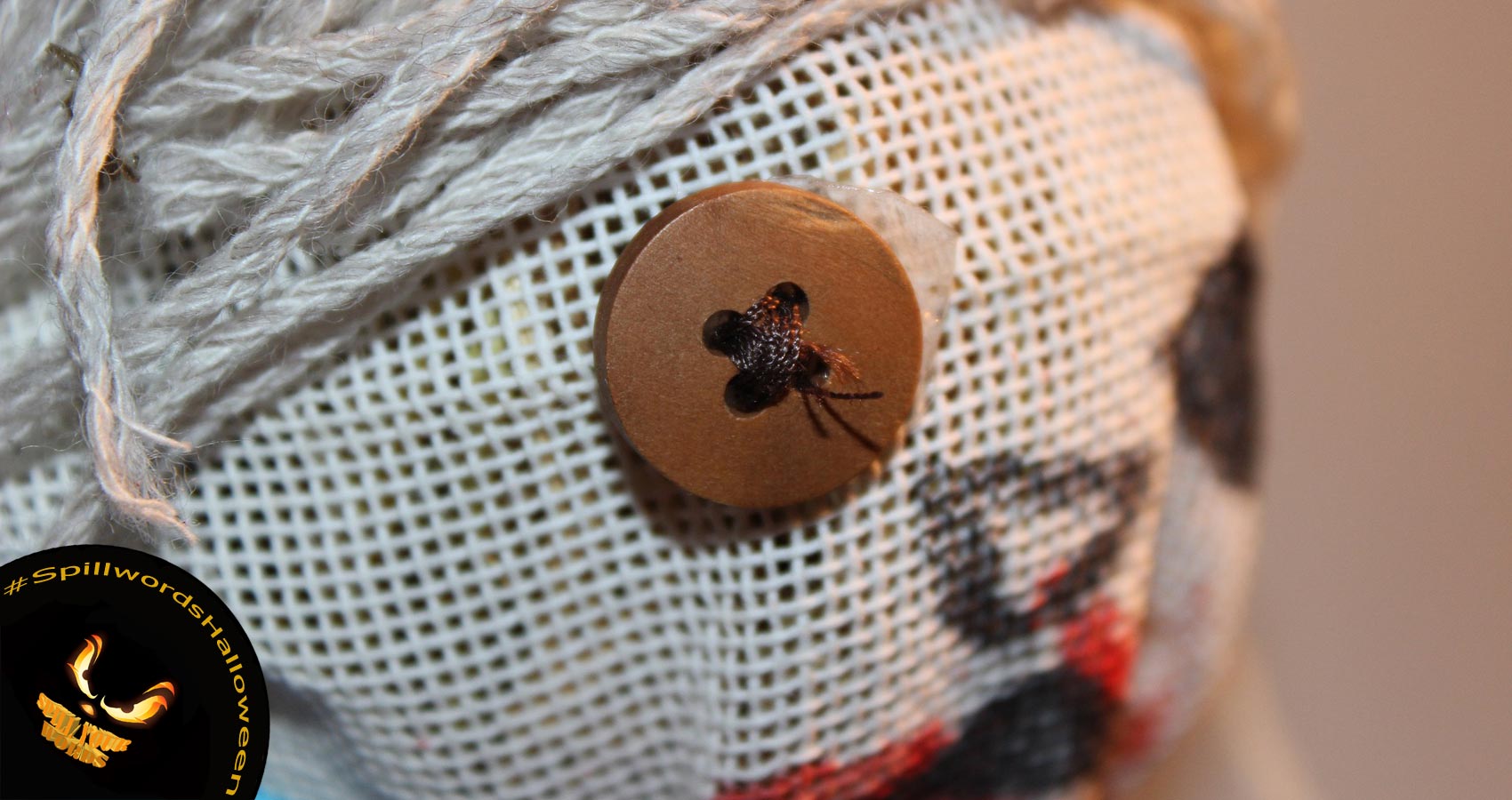 On Hallows’ Eve, A Nightmare

On Hallow’s Eve, A Nightmare

At the howling, Meg shots up, eyes peeled into the gelid air
urgently straightened, hands flutter, outstretched,
in her ears, her heartbeats pound loud
choking, she stumbles toward the wall

“Ouch,” she moans, dropping to her buttocks,
and to the pain, she waives for awhile
woozy, too sick to fight its clawed grips
her starched fingers search long

Resigned, she drags her bottom on the hard floor,
but cold fingertips inform: into the air she probes.
“Where’s-the-wall,” she quakes. “This can’t be happening!”
her eyes search the nightmare in vain
the howls grow louder and nearer now
slumped on the floor, she caves into her wobbly middle
as the rest of her beats ooze out

She applies pressure to the rip on her foot & changes directions,
limping toward the middle of the room–
“Help me, someone,” Meg yells into the void.
“Help me, someone,” an overhead echo mimics loud
Meg slumps lower to mitigate
the tingling in her wheezing chest,
throbbing, the pain in her foot– she crawls

The thread hairs on her neck give a warning:
someone else is in the room with her
but no sooner had she sensed that when
a buzzing of wings smacks her in the face
“Tut!” She rises, swatting hard,
the exertion sends her tumbling
near a burlap sack on the floor

But that sack — it is full, not empty!
Meg’s face-slap releases from her an eerie shriek
her mind’s eye floods with a reel of private mug-shots,
stopping at the one of that big bulk in the sack, and,
burying her head in the collar of her T-shirt–
for she imagines there has to be a stench–
she staggers around the rotting Oogie Boogie

No walls, no help to expect from a clumsy sack of worms
no clue of how or what– for sure, she’ll die!
toppling goes her limp body on the floor and,
latching on to hallucinations and spasms,
she extracts all the horror she stows inside–
vomiting dried leaves and cotton stuffing when
sharp shivers run through her with a new sound,
and her eyes grow the size of baby rat skulls,
Meg reaches over to mute the near-midnight timer

A stream of the moon’s ashen glow tears into the darkness
and she takes a good long look at her tightly stitched self
a smile blooms on her rag face– she exhales loudly,
content to be just another humanoid doll.
“Not any ragdoll!” Meg says, puffing her cheeks at the glass
“I’m Meg, substitute for the deuteragonist, Sally, from long ago.”

Patting her forehead with vigor, she ninja-flings
the terrible dream into the universe
jinxed like festive balloons for someone else to catch
and suffer a similar thrill as her tonight
then, Meg, the substitute ragdoll, smoothes her rag dress
and sets out into the chill of howling All Hallows’ Eve
when she and the cast will scheme more nightmares

Selma Martin is a retired English teacher with 20 years of teaching children English as a second language. She lives in Japan with her husband in a suburb one-hour south of Tokyo. Selma believes in the kindness and goodness of people and in finding balance in simple living. She is oh, so ordinary, and she believes in miracles. She has been writing uplifting poetry in earnest on her website, since joining her first NaPoWriMo in April 2021 and hopes to one day soon publish a book of poetry.