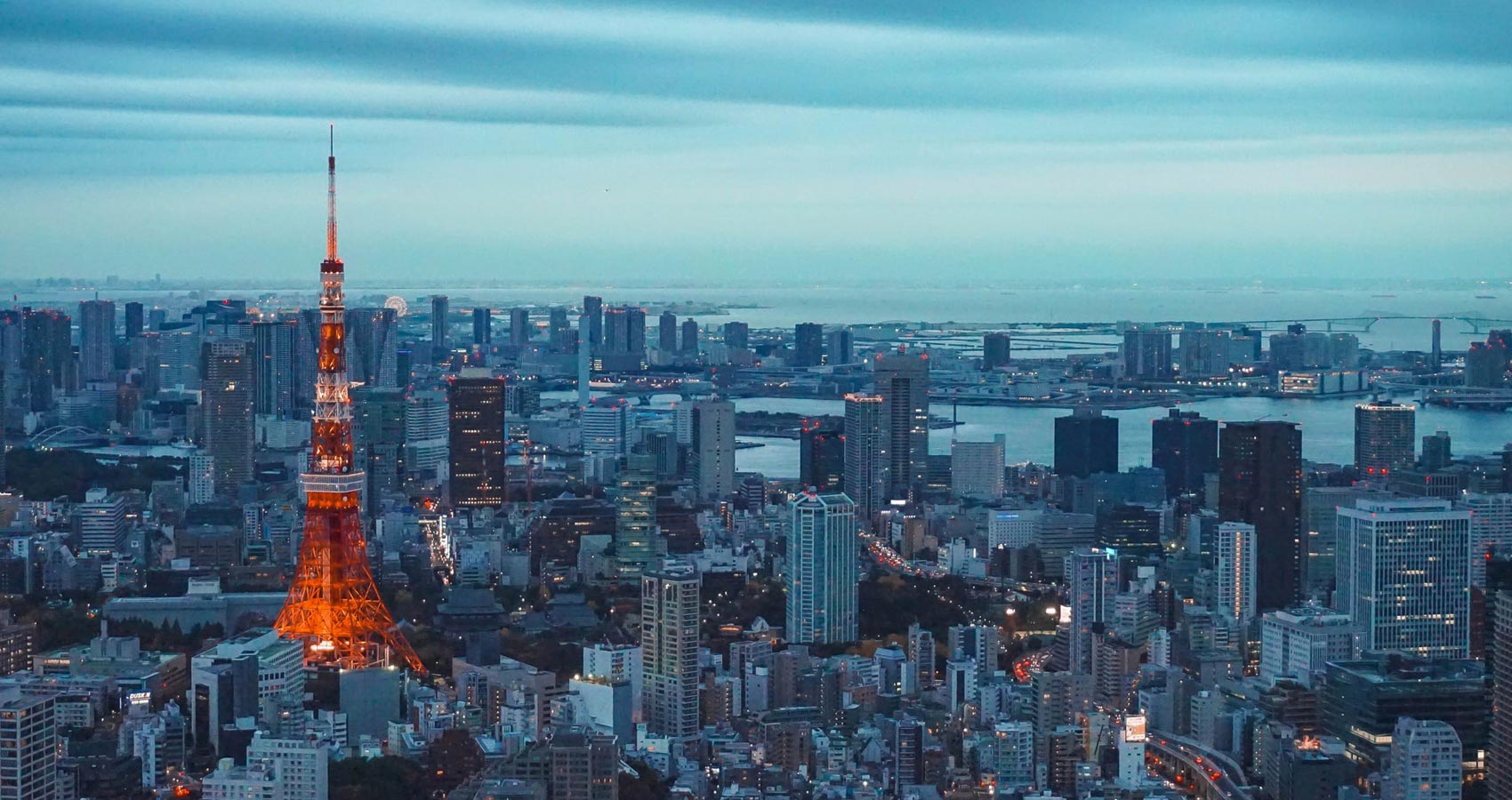 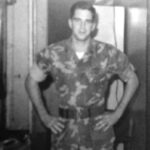 “You come with us,” said a sinister voice inside a police patrol car. The flashlight blinded me to its occupants.

Oh shit, how’d I get into this mess? I wondered, mentally kicking myself for not taking a military flight back to base.

It was pitch black outside after nine pm and there I was stuck at a closed airport in Tokyo getting hassled by a bunch of ornery JPs.

Now it wasn’t my fault that the airport was closed. There must have been some kind of snafu and no one had told me. Bottom line – all I wanted to do was get my butt back on the plane and head back to Okinawa.

Yeah, good ol’ Okinawa. I had less than twenty fours to make it back there. And let me tell ya I wasn’t going there for a vacation.

It was 1979 and I was on my first tour of duty in Okinawa, Japan in the United States Marine Corps.

So far my last six months over there at Camp Foster had sucked. Big time.

Allow me to paint a picture.

Being stationed on “The Rock,” as we liked to call it, often felt like a semi-permanent vacation in hell. There were way too many insects. It was also too hot, cold or even worse boring.

The locals resented our military presence on their island and yet many of them depended on us for the money we brought into the area. Everything was geared towards getting us to spend our meager paychecks on junk. We were surrounded by cheap food, bars, strip joints, and hookers.

None of it was any good really.

No slight to the native population – they were just trying to survive the best they could. And since we had parked our asses on their turf since World War II, well you couldn’t blame them for trying to make a buck out of the deal.

Still, the overall look of the island was not what I pictured when I thought of the word “Japan.”

You can imagine my disappointment when upon arrival I didn’t see any cherry blossom trees, fierce-looking samurais, or women walking around in kimonos on the streets.

Instead, I saw a bunch of tawdry buildings advertising cheap food, cheaper hooch or God help me…appalling entertainments like Banana or Mask Shows.

You couldn’t go to any bar without some hostess wanting you to buy her an outrageously priced drink which was in reality a Shirley Temple or ginger ale billed as champagne.

If you weren’t being bugged to buy some gal a “drinky,” you got constantly solicited to go into a partitioned room for what the locals called a “short time” which was just a cheap way to get your rocks off for less than ten bucks.

I recall one time I made the fatal mistake of staggering behind the curtain of one of these dens of iniquity and was confronted by an older woman (who was old enough to be my grandmother and missing most of her teeth!) in a beach towel who demanded I fork over some dough in exchange for some bouncy-bouncy.

Being slightly inebriated and new to this sort of thing I declined the lady’s invitation.
But, despite my repeated refusals, she wouldn’t leave me alone. At some point, the woman burst into tears and babbled something about being old and needing money for her family.

Well, I felt terrible of course, I had insulted the poor woman and obviously had made some sort of horrible breach of foreign protocol. And like I said I had a couple of belts myself.

So, I closed my eyes, climbed aboard, and tried thinking about when I was five years old and excited about Christmas or some shit like that, anything pleasant to take my mind off the horrid situation I found myself ensnared in.

Afterward, I paid the aged courtesan and fled the establishment as soon as I could find my pants and get the hell out of there.

I awoke with a wicked hangover in my bunk the next day, still clutching a greasy chicken drumstick that was sold to me by a local street vendor. To this day I have serious doubts that what I had partially devoured was “chicken” because the darn thing didn’t taste anything like that. Also, the thing was about the size of a large dog’s hind leg. The thought that I had consumed someone’s beloved pet caused me to immediately toss my cookies into a nearby shitcan.

Anyway, I was hoping it was just a bad dream. That I didn’t…ya know…done you know what… with you know who. However, after checking my wallet and getting some knowing winks from the guys in my platoon, I just figured I was kidding myself.

Needless to say, after that somewhat traumatic experience, I stayed on base as much as possible, praying that certain body parts weren’t going to drop off of their own volition.

A few months later I was able to take a thirty-day pass and head back to the States via a military hop out of Kadena air base.

My return home to California was spent hitting as many clubs as possible. Disco was the rage back then and all I wanted was to dance and sweat Okinawa out of my body and soul.

I guess I wanted to forget the damn place and just be a twenty-two-year kid who was happy to be alive.

Okay, there I was surrounded by four JPs who looked at me like they wanted to kick my ass. I was scared, of course, because I had heard that the Japanese police hated GIs – especially Marines. Rumor had it that they used nightsticks to punish and control any servicemen who got out of line.

I was led by four JPs to a small building (which I presumed was the police station/jail) next to the airport. I was told to sit on a plastic chair in a dimly lit room that smelled like mimeograph paper and ramen.

For a few nerve-wracking moments, no one said anything as I was stared at like an exotic animal in the zoo.

Finally, one of them spoke up:

“Are you hungry? Or would you like some coffee or tea?” asked a youngish cop whose name tag identified him as Officer Hiroshi.

A few moments later, I was presented with a bowl, a cup of steaming hot coffee, and a Seven Stars cigarette.

As I drank my coffee and quietly smoked, one of the officers noticed I had a tattoo on my arm.

“Are you a member of the American yakuza?” he asked.

“Me…a gangster? Hell no! I’m an American GI just trying to get back to base in Okinawa.”

“Ah, I see. We’d like to ask you a few questions with your permission?” said Officer Toshio.

“Yeah okay” I said, trying to maintain my cool.

“Is it true Americans live on McDonald’s hamburgers?”

“What?! Nah, we like other stuff too…like hot dogs and…peanut butter and uh chili,” I said.

“How popular is Disco in the United States?” said Officer Ren.

“Very. You guys should see me clear the dance floor with some of my moves.”

My last answer cracked them up, and as they laughed, I could have sworn Hiroshi called Kenji an idiot in Japanese because he blushed and didn’t say anything else after that.

We ended up talking all night and by the next morning, they insisted on three things:

One: That I eat the ramen soup they provided. “We are sorry we cannot offer you a McDonald’s Happy Meal.”

Two: They escort me to my plane.

Three and most importantly: That I show them some of my…ahem…gaijin “dance” moves.

“Is everything okay?” said an Army MP when he saw me being escorted through the terminal by four Japanese policemen.

“Hey, no problem. Charles-san is our friend,” said Hiroshi to the nonplussed serviceman.

While we waited at the gate, I wondered how I could show my respect and thanks to these gracious hosts of mine before leaving?

Well, I did what felt right and natural at the time.

I turned to them and gently bowed before boarding my plane.

“Sayonara guys, ” I said, trying not to cry.

I remember gazing out of the window at the four men waving goodbye as my plane began to taxi down the runway.

That’s when I lost it.

You know, I always intended on visiting Tokyo again.

But, life got in the way.