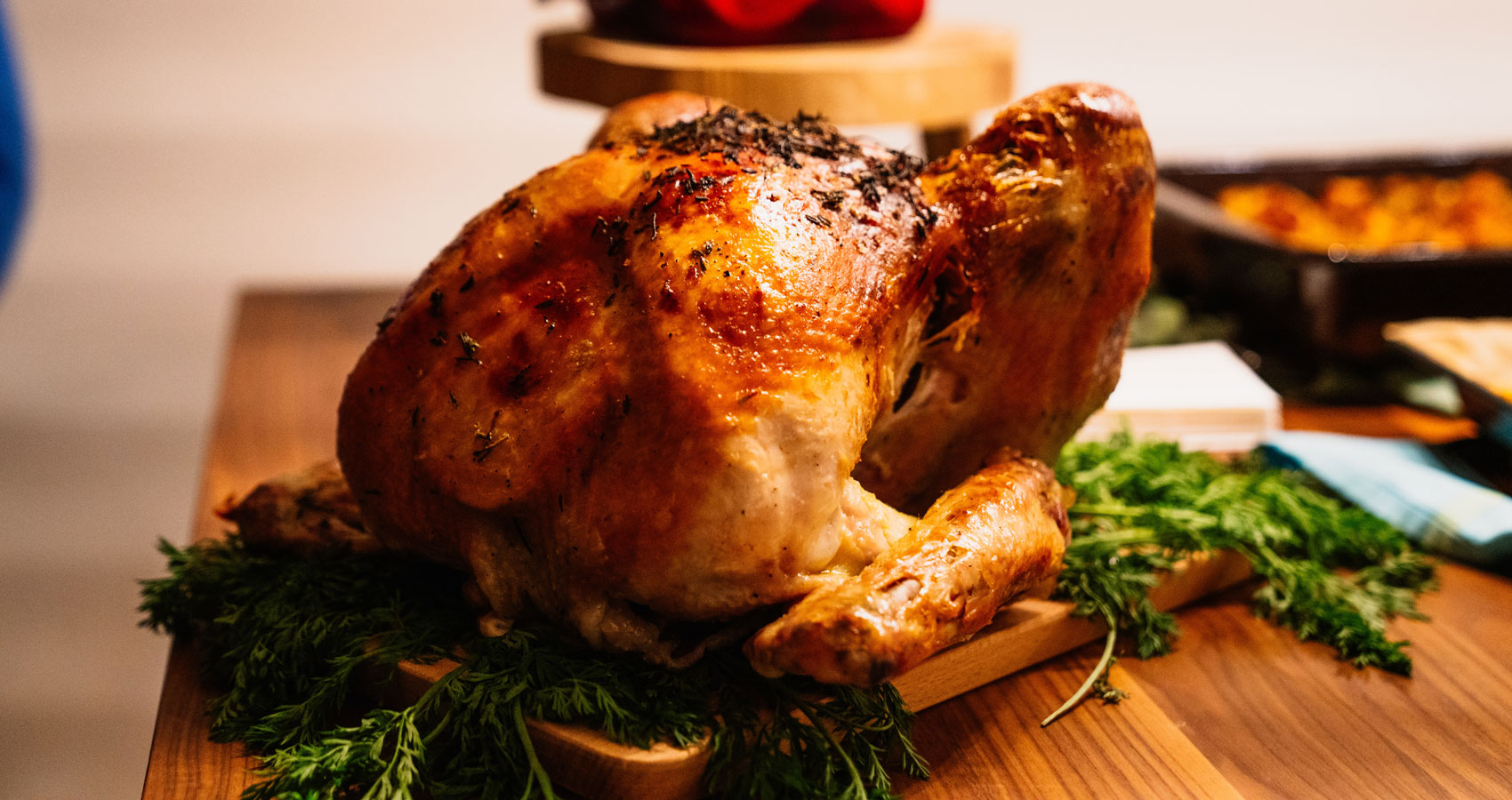 Pauline leaned against the kitchen counter while fishing inside her purse. “When do you think your parents will get here?”

“Depends on the weather and how many stops they make.” Fritz pushed away from the table. “I wished they weren’t coming— they’re too damn old to drive.”

“Yeah, I suppose so.” She glanced up. “I know my keys are in here someplace.” Then she dumped the content of her handbag on top of the kitchen counter.

“Here they are.” Fritz chuckled as he held them up.

“Oh, thank God.” Pauline pressed her chest. “Where were they?”

“In the front door.” He handed Pauline the keys. “Better be more careful.”

“I was tired when I came home from work last night and must have left them in the lock.” She jingled the keys. “Thanks… promise not to do it again.”

“Where you off to?” Fritz pulled a blue paisley handkerchief from the back pocket of his jeans and loudly blew his broad, slightly off-centered nose.

“Grocery store to buy a turkey.”

While clearing his throat, he wiped the tip of his nose with the hankie and stuffed it back in his pocket.

Knowing how much it irritated Pauline, he put a pinch of Copenhagen between his lower lip and gum and watched her expression.

Pauline picked up a stick of gum from the scattered contents, unwrapped it, and popped it in her mouth. Then, she scooped up the rest of her things from the counter and returned them to her handbag.

Roaming up and down aisles, Pauline pulled canned foods off the shelves: green beans, olives, and cranberry sauce. Then she reached for a box of Mrs. Cubbinson’s seasoned stuffing.

In a bin of Butterball frozen turkeys, after checking weight and price, she settled on a twenty-two-pounder.

“Coming!” Jessie emerged from the basement carrying a couple of Mason jars filled with peaches. She stopped at the top of the stairs, paused for a moment to catch her breath, and then asked, “Did you get the snow tires?”

Greg pulled off his brown leather cap and hung it onto a hook next to the back door. “Yep… sure did.”

She walked to a marred pine table and placed the jarred fruit into the box she was packing to take on the trip. “Don’t forget the summer sausage. Fritz loves it.”

“I won’t.” Greg strolled over and examined the contents of the cardboard container: sweet and dill pickles. He lifted a jar of strawberry jam. “Didn’t know we still had this.”

Before the sun came out the next morning, Greg opened the trunk of the blue Chevy Nova. Jessie stood next to him. She held the carton of edible goods. Greg took the box and slid it into the back of the trunk. Then, he bent to pick up their suitcases and placed them inside, too.

The alarm clock went off—six o’clock. Pauline got out of a warm bed and padded into the bathroom. She looked in the mirror; black mascara had smeared under her eyes. Splashing cold water on her face—that wouldn’t remove all of the mascara— after running a comb through her hair, Pauline wrapped herself with a terry cloth robe.

Still drowsy, she tottered toward the kitchen.

After making herself a cup of instant coffee, Pauline took the turkey out of the fridge. Left shoulder sloping, she trudged to the kitchen counter, heaved, and set it down. With scissors, she cut through the wrapping, reached into the cavity—ice crystal and the bag of giblets hard as a rock.

Pauline sighed and increased the heat of the oven. They’d be eating later than planned.

By noon, her face made-up and wearing a red pullover, Pauline walked into the kitchen to find Greg and Jessie seated at the table waiting to eat.

“We’ll eat around two. The turkey was still a little frozen when I popped it into the oven,” she said.

“You should have left it out overnight,” Jessie carped.

“I poked it with my finger. It didn’t seem stiff to me.” Pauline said.

“We’re… I’m starved. I can’t wait.” Jessie shoved away from the table and stood. “Let me check it.”

“Mother, please… be patient. Pauline will bring out some appetizers.”

Jessie plopped down, and retorted, “You’re telling me to be patient after we drove over two thousand miles to have Thanksgiving with you.”

“I’ll get the starters.” Pauline glanced at Fritz. “You get the wine.”

“Those aren’t my pickles.” Jessie took one and tasted it. She smacked her lips and grimacing, threw it onto the tray.

Pauline eyed the pickle. “Do you want me to open yours?”

“Forget it.” Jessie waved her hand. “By the way, where’s Greg’s summer sausage?”

“I didn’t know I was supposed to serve the food you brought.”

“Humph, don’t get me started—”

“That’s about enough.” Greg interrupted. “Let’s try to get along.”

“Amen to that.” Fritz poured his father a glass of Muscatel, Greg’s favorite wine.

They ate appetizers and talked about the weather while the aroma of roasting turkey drifted into every corner of the house.

“There has to be part of the turkey we can eat.” Jessie, still stewing over the turkey, got up. She marched to the stove and opened the oven door.

“What are you doing?” Pauline called out. “It’s not properly cooked yet.”

“I told you that we eat early.” Jessie grabbed a couple of potholders off the counter and pulled out the bird.

“Get me a carving knife.” Jessie scowled at Pauline.

“No! You’re ruining my Thanksgiving dinner.”

Greg wiped his mouth with the back of his hand and poured himself another drink.

Pauline could tell from his smirk that he was enjoying the argument.

Fritz called out to his mother, “Leave the turkey alone!”

“You heard your son.” Pauline straightened the aluminum foil over the bird and shoved it back in the oven. Pressing her lips in a thin line, “We can wait.”

Greg put down his glass, got up, and followed Jessie out of the kitchen.

Tears welled in Pauline’s eyes. She looked at Fritz. “What should I do?”

“Nothing. My dad knows how to deal with her. Believe me, it ain’t easy.”

“Maybe I should apologize. I wanted Thanksgiving to be special.”

Fritz wrapped his arms around Pauline and kissed the top of her head. “Don’t worry. They’ll be back.”

A knock sounded on the front door. The Greek Lady from across the street stood on the porch. She held a plate piled with sliced, and ready to eat turkey, “My church, Saint Basil, made too much. I thought you and your family would like a little extra.”

Jessie and Greg returned to the kitchen. Upon seeing the turkey, they all looked at each other and sat at the kitchen table. They joined hands and bowing their heads, humbly gave thanks for the Thanksgiving turkey.