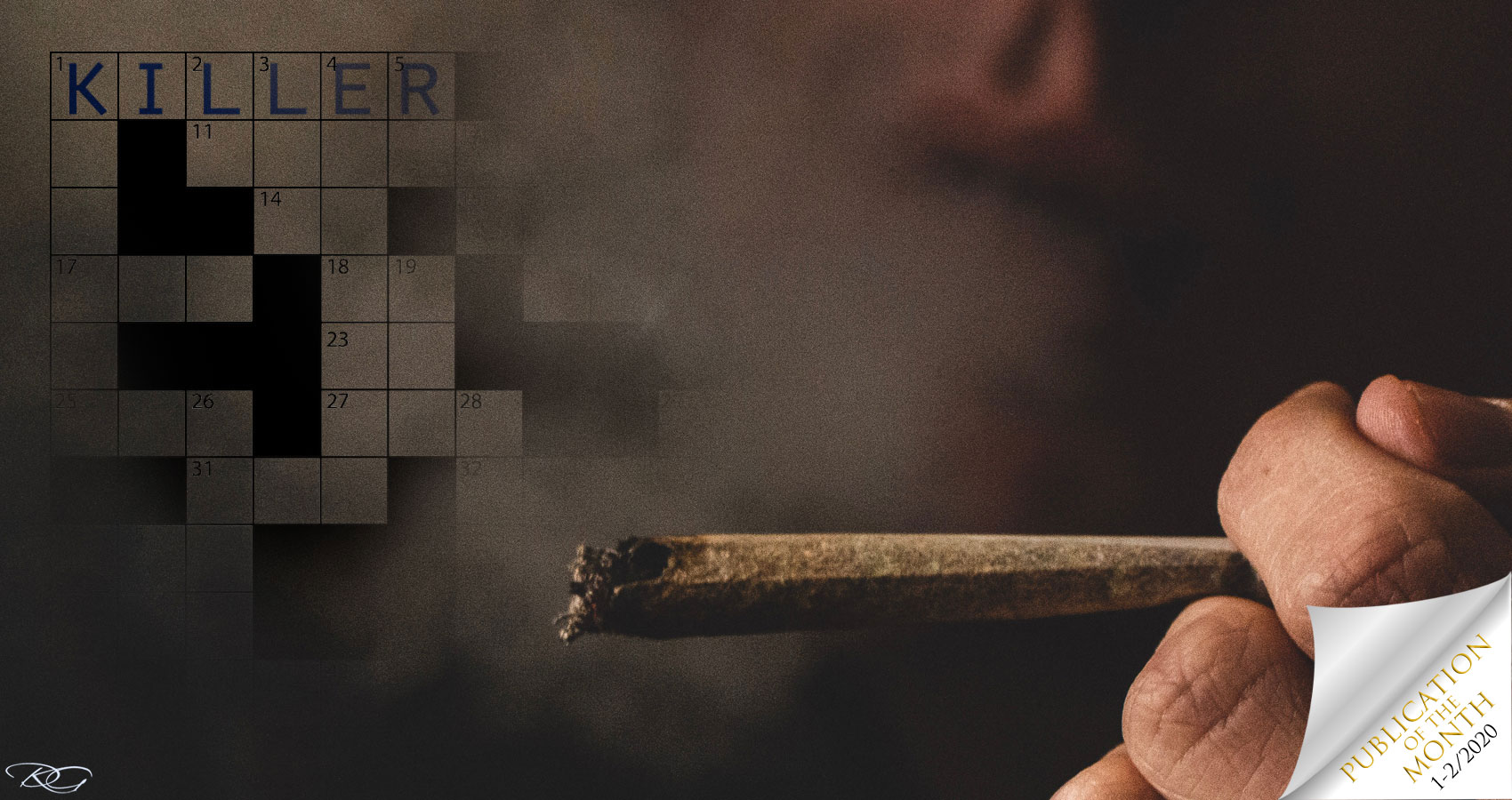 Vinnie rolled and lit a joint. He enjoyed the skunky, musty aroma before taking a long drag and kicking off his sodden loafers, threw himself on the leather sofa. Nirvana thumped out Smells Like Teen Spirit from his iPod.
He went over the events of the night. Perfect. Fucking perfect, he thought. That fool was thicker than stupid. Imagine agreeing to meet at the Old Head cliffs at three in the morning on such a shitty night. I should’ve never taken on that prick. He never had the bottle for this business. Anyway, he’s outa the fucking way now and I’ve my ten grand. It’s not my problem he’s a wife and kid. The perfect crime. Not a camera for miles, the suicide note on the fool’s dashboard a master-stroke.
Finishing his smoke, he found room for the butt in an overflowing ashtray. He glanced through the previous day’s newspaper as a sky of gun-metal grey released shower after shower of hail which peppered the windows like buckshot. On reading the first clue in the crossword, his mouth curved and a smile, knife-edge thin, appeared.
1 Across – One who takes another life (6)
Jeez, that’s some coincidence, he sniggered.
Top grades at school offered limitless opportunities at university, but four years before making money hadn’t appealed to Vinnie. With the price of the traditional pint continuing to soar, supplying the student population with an alternative became a business. A profitable one. Mostly weed to begin with, but he’d expanded and now controlled and supplied the market.
Never successful with the opposite sex due to a pockmarked puss, money now paid for cheap thrills. But never at his place. Risk energised him, although he preferred to eliminate it. Family and his few friends were deemed liabilities. He ostracised them.

An exhausted Tommy wished he had listened to Margaret. She’d tried to keep him at home when a storm promising nothing but misery blotted out the moon and stars.
“Leave the lobster pots tonight, love, they’ll be there in the morning,” she said, rubbing her tummy. Only four weeks to go before their first arrival.
“They’ll be blown to kingdom come by then and the mortgage is due next week. I’ll be fine.”
A bad decision. With frozen hands no longer feeling part of his body, he never longed so much for the land. The seas rose as mountains, foaming anger, turbulent and unforgiving. All twenty-five feet of Faith and Hope tossed about like a rag-doll and yet, his faithful servant fought the mighty swells.
Locating the lobster pots was one thing, dragging them aboard another story. Each lift felt like using up a life. In the open-sided wheelhouse, the thermos supplied mouthfuls of sweet boiling tea, its warmth giving him the adrenaline to push on.
Only three left as he weaved a path towards The Old Head. The wheelhouse light flickered before giving up. Another repair job awaiting a few spare euro. Tommy cursed. With cat-like eyes, he weaved his way beneath the curtains of rock. Gulls tossed about like confetti, tumbling as they too struggled.
His muscles ached as he hauled and emptied the last pot. Amidst the gale that screamed and slammed rain into his face like tiny pebbles, something caught his eye. High above, four beams of light cut through the sky.
Christ, who’s up there on a night like this? Probably some bloke and a bird on a sneaker. Hope it’s worth the effort.
Faith and Hope had pulled back from the rocks and turned to head for Kinsale, safety and home when a shiver ran down Tommy’s back. Despite the elements and a labouring diesel engine pleading for retirement, he heard a scream like a Banshee’s last wail.
Jesus. What was that? That was no seagull. He heard no more.
I must be cracking up, ‘tis time to get outa here.
Looking up again, he saw only two beams of light.

Mooring up at the pier, he could almost taste the fry up and soda bread that Margaret would have ready. They’d cuddle up in bed after breakfast. The boxes were heavy. A good catch.
Tommy peeled off the canary yellow oilskins and boots, stomped his feet and waved his arms to get some feeling into banged-up limbs. He retrieved the keys from his trousers pocket and unlocked the car. Turning on the heat, he rubbed his numb hands together. Almost ready for home, he scratched his head and looked back out to sea; something wasn’t right.
While Vinnie relaxed and filled in the answer to the crossword clue with the letters- K-I-L-L-E-R, Tommy opened the glove-box, reached for his mobile and despite chapped fingers, made the call. Only three digits 9-1-1.