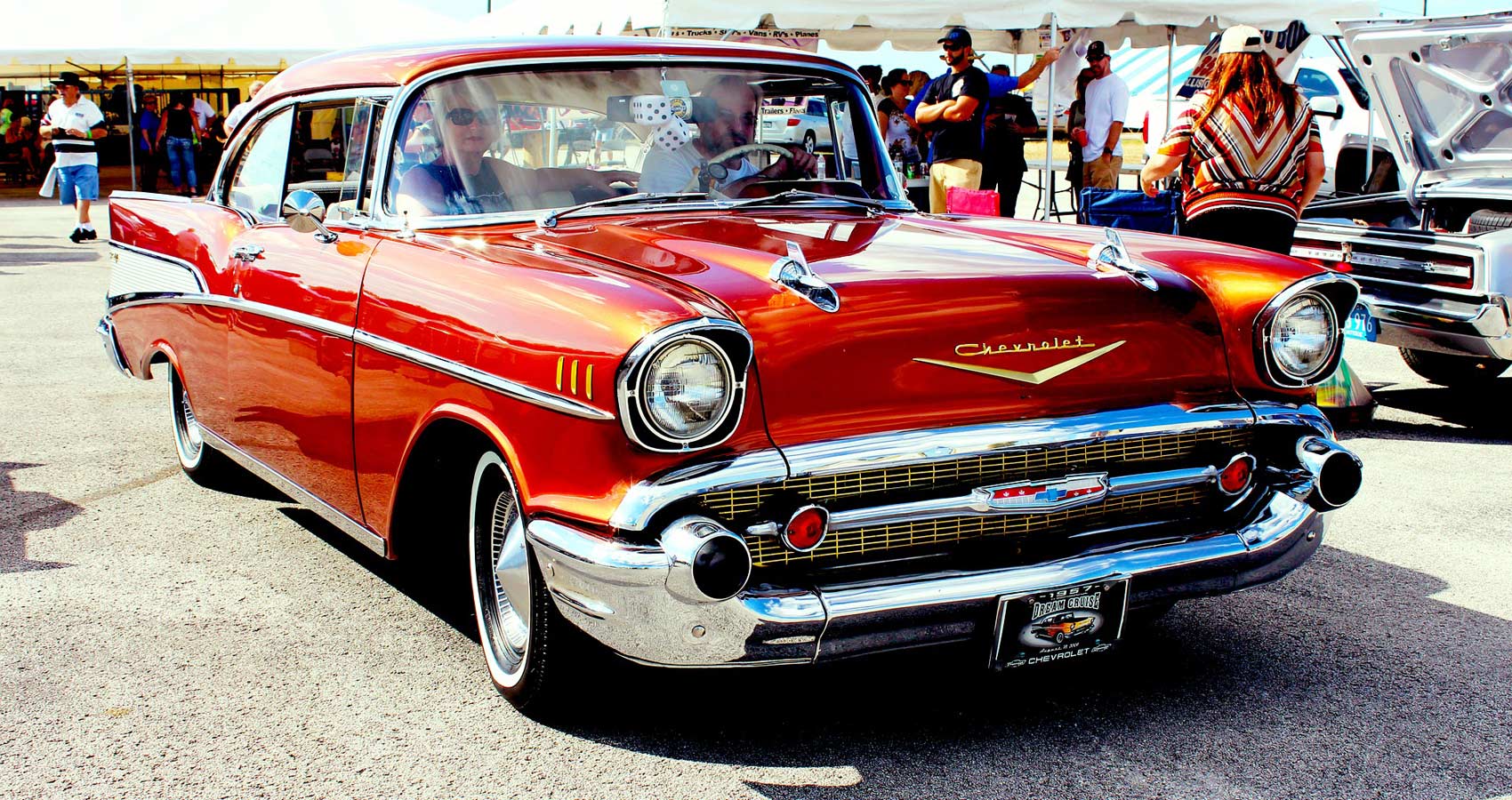 He imported most of the spare parts he needed all the way from distant Cuba. The local scrapyards couldn’t help, no car breaker around here has ever had an original 1957 Chevrolet Bel Air on the inventory. So the parts came from Havana where the guys all cruise around in ancient American limos that used to belong to the gangsters and gamblers that Fidel Castro ran out of town in the 1958 revolution with their tails between their legs and nothing but dust in their pockets. Because of the American blockade, those guys got clever at cannibalising and making replacement parts, keeping things running, no choice. And here, thousands of miles away, Anton was pretty good too, similarly dedicated. He serviced his own Bel Air, got his hands dirty, changed the oil, crawled underneath to fix things, waxed and polished it. He kept that beautiful, glossy red, gas guzzling, four litre monster on the road in prime condition. He unashamedly dedicated himself to worshipping at the Bel Air shrine, particularly after his wife died and his children moved away and stopped communicating with him.

Anton: tall, slim, slicked back hair, blue jeans, cowboy boots, white T-shirt, Ray-Bans, and, sometimes, a dark brown trenchcoat. He was a living, breathing piece of another country’s history: an eccentric, gum-chewing, Marlborough-smoking citizen with a great smile, a filthy laugh and stories to share with mates over beers every market day. Not that he entirely dwelt in the past. He had modified his baby with twenty first century gizmos: a stainless steel exhaust, automatic air conditioning, digital instrument gauges, power windows and seats and the rest. Nobody knew where his money came from or what he did for a living and, frankly, nobody cared much. He was a bit different but definitely one of us and that was all that mattered. All sorts of people live around here, some crazy, some half crazy, others sort of normal. So what? We all know how to get along somehow.

But, when the invasion shit hit the fan and the shells and missiles first started dropping screaming from the heavens and, later, the tanks, guns and soldiers snaked towards us down the highway in a column, Anton was straight there, no messing. He was out in the lead, the glossy red Bel Air parked across the road at its narrowest part, blocking the way. He stood on the hood in the rain, chewing gum, cigarette between his lips, Ray-Bans in place, arms folded and a smile on his face, daring the bastards to crush his baby. They ordered the snake to halt while they stared and tried to work Anton out, tried to fathom exactly what to do next. And we gathered round, of course we did, talked to them in the language we all share. Scores of us at first, then hundreds then thousands, all worshippers at the red Bel Air shrine, daring them to crush our baby.