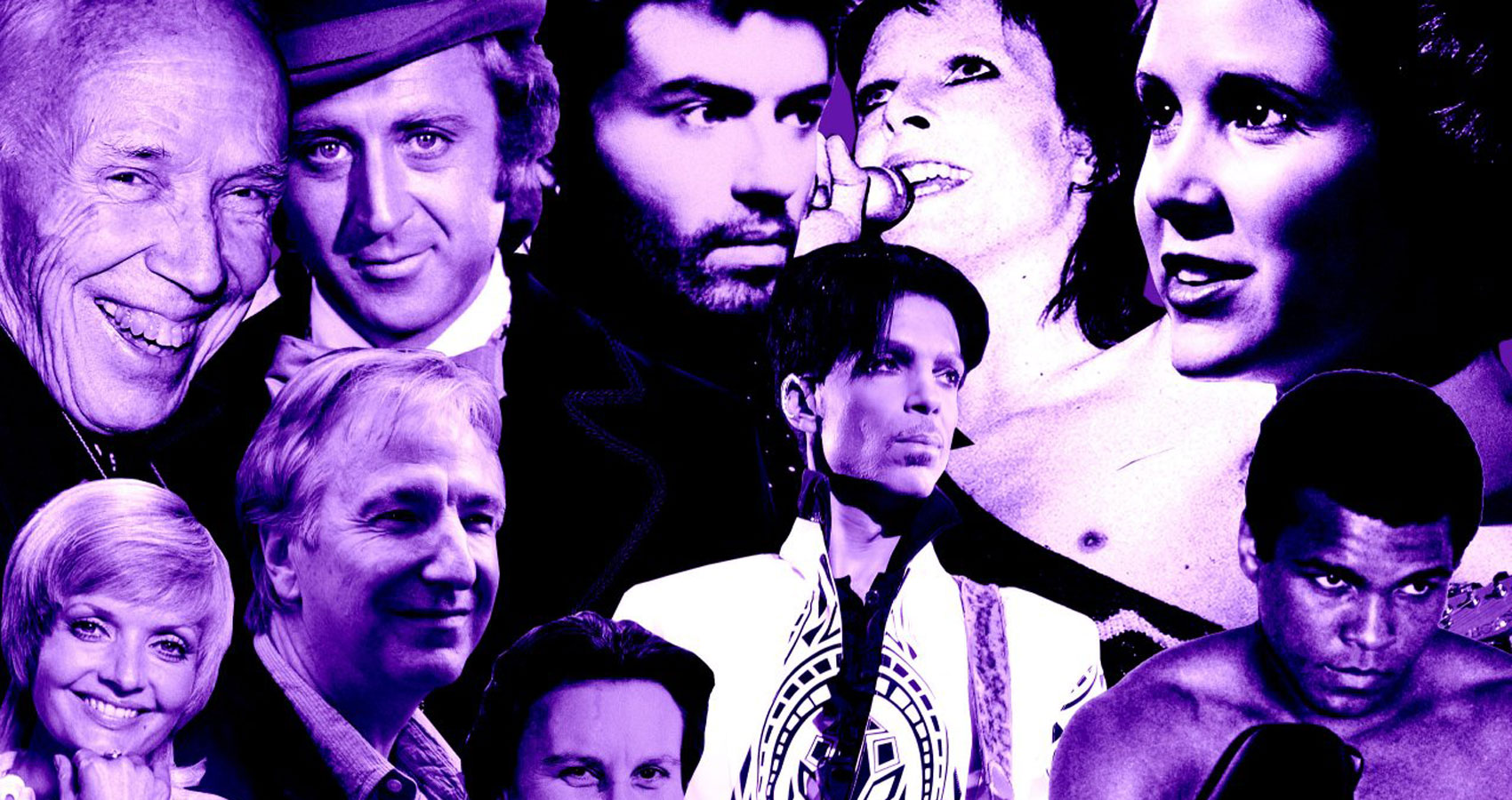 By this point, we were reeling at how many celebrities we had lost

Even Lemmy and Wogan gone, it’s only good

Byes to the names we’ve known a lifetime.

We’re not halfway through yet, I wanna call Time-

Out on this hollow state of affairs,

Before another newsreel with a photo declares

A treasure is gone,

And time’s marching on.

Feel the rattling chains of the ol’ Grim Reaper,

Well rack ’em up again, this year’s getting deeper

Lads, we need a tribute here.

No words fathomed, just a nod with the beer

Of another lost time of a rare soul that dared

To step out of the mould, shake it up and shine,

And by being themselves said “Ya know what, we’re fine.”

But what do we do when the heroes are gone?

Re-watch the old shows, strum chords of their songs?

Every one of them the voice of a generation,

But they’re the sounds we grew up with,

The stand-outs and laugh-hards and getting on with it.

And sudden nostalgia of hyperlinks.

The shoulders of giants we’ve been standing on,

And names of heroes we’ve memorised

Live on in the gut in times we’re surprised

That despite the years, we know every line,

Well life is short, so I’ll make this the same,

Hold on to your heroes, dance wild in their name.

This publication is part 5 of 7 in the series Poetry Press: This Was 2016