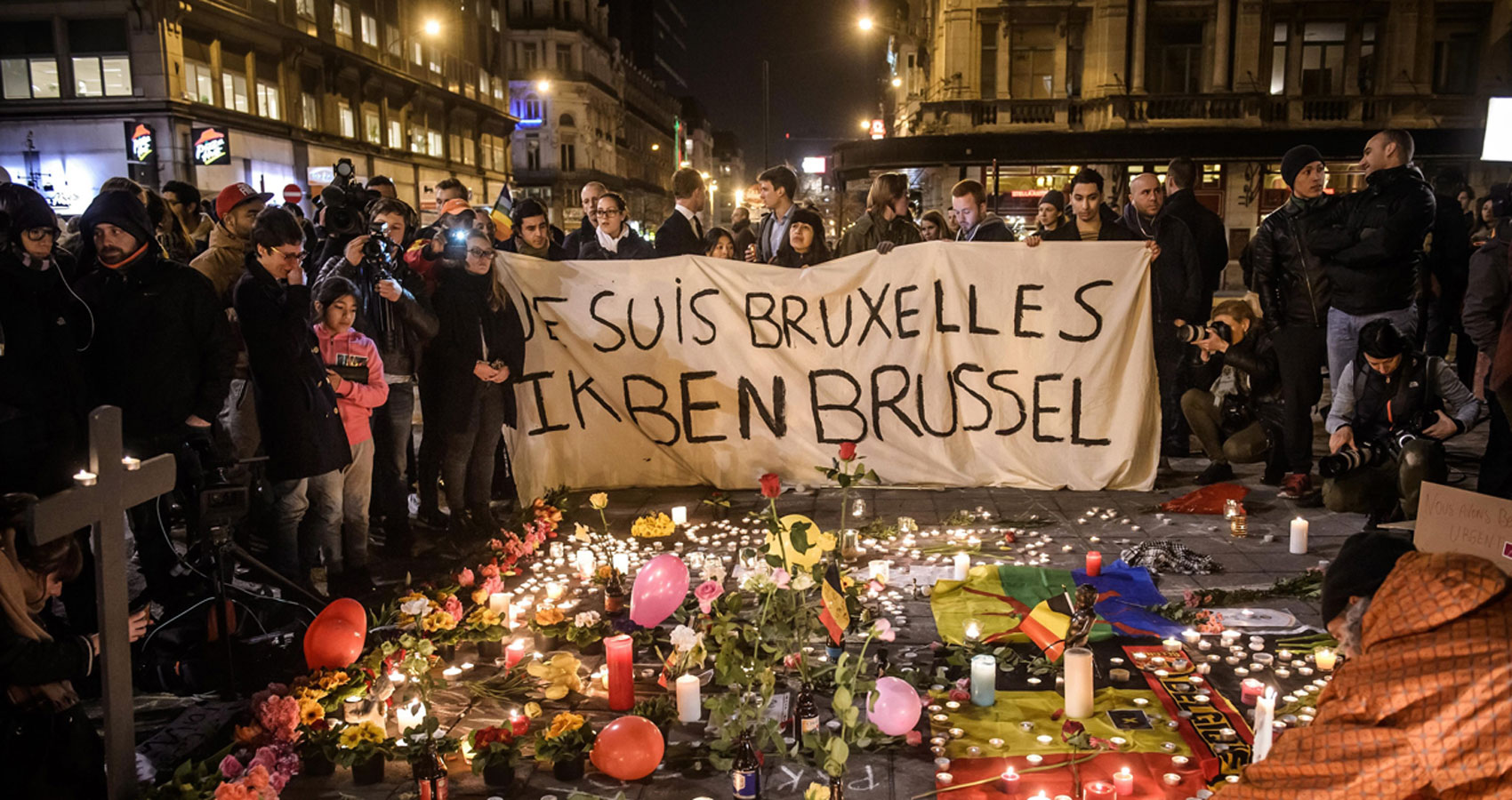 In March, Belgium observed three days of mourning after fatalities and injuries in explosions at Brussels airport and a metro station. ISIS claimed the attacks. The individuals behind the bombings were later identified by French journalists.

I stood as a child, at airport window, fascinated

With jumbo birds’ fast engines, but I couldn’t articulate it.

That man had conceived from nature the vision to fly,

That we could rise up from our small patch to infinite skies,

Up, up over translucent clouds, to blue.

When they blew up Brussels Airport and Metro Station,

I once again struggled with my articulation.

That man could conceive of so many means of destruction,

That our paths are laden with fear and homemade bomb production.

And it’s always the innocent who pay the cost,

On each side of the globe, so much potential lost.

A little while later, the bombers were identified

By French journalists who had been brutalized

By the same faces who now appeared in reports.

And I wonder at translucent clouds’ thinned air freedom to blue,

And just how long peace and freedom are now overdue.

This publication is part 4 of 7 in the series Poetry Press: This Was 2016