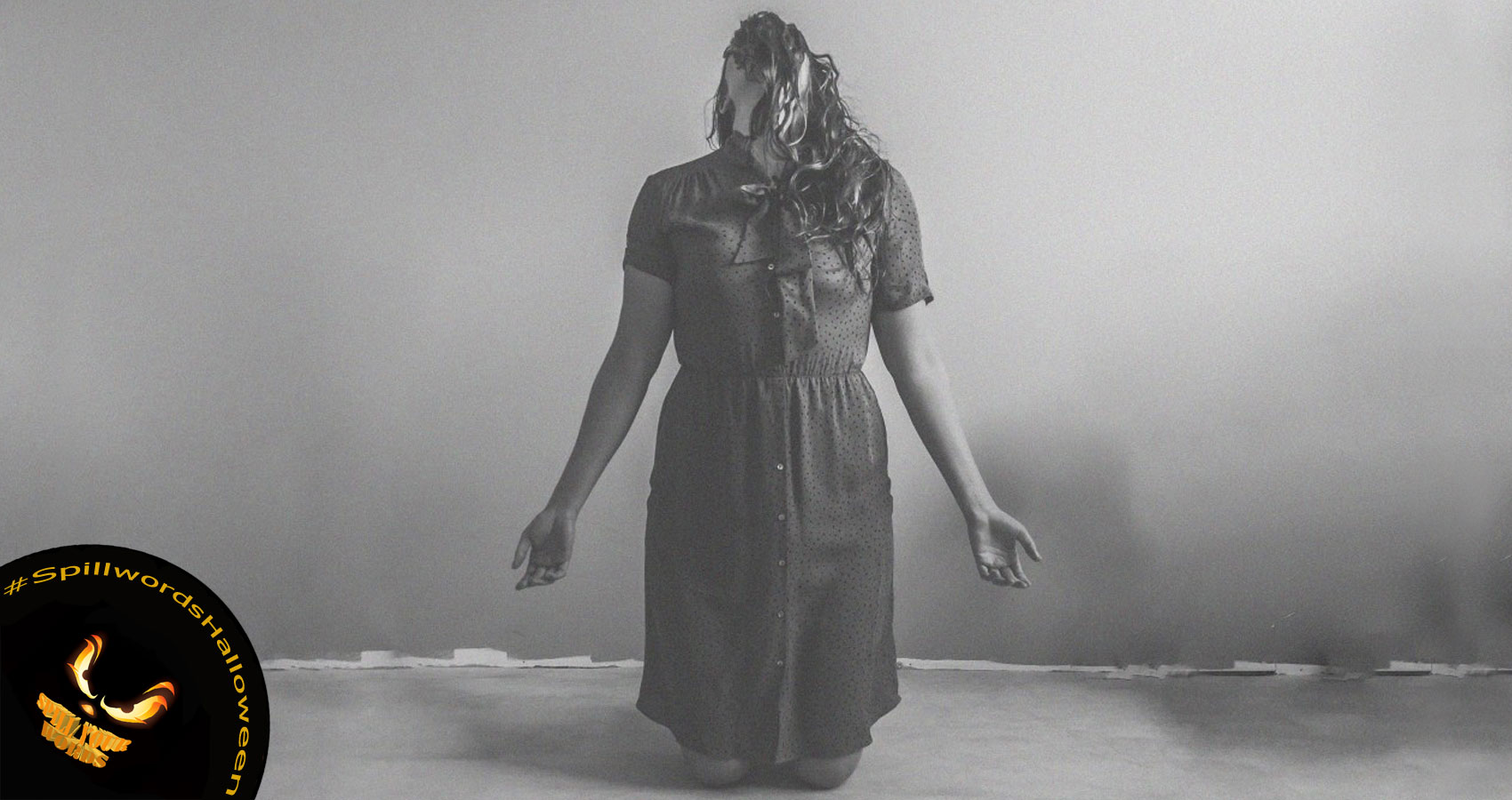 That evening, the nightmare engulfed her; sardonic laughing, a woman screaming, hideous faces hovering, tormenting; evil everywhere. She woke up gasping. Her body was soaked with perspiration. Her throat was so dry, she couldn’t swallow. Julia sat up, hearing footsteps. Someone stopped at her door. She listened in silence. The footsteps descended. All at once she let out her breath; she hadn’t realized she was holding it. Julia got out of bed. She walked to the door. Straining to hear the muffled voices at the other end of the shabby old house, she thought to herself, “I must get out of here!” Something awful is going to happen: She felt it.
Chanting, she heard some sort of chanting; and she began to shiver. Julia opened the door hesitantly and stepped into the corridor. Tiptoeing, she made her way to the strange voices. They were coming from behind a big wooden door. Too frightened to find out what lay beyond, she started to retreat, and turned around. What she saw petrified her. A creature with glowing eyes, and long gnarled fingers reached out for her. “J-u-l-i-a, it’s time; I need your b-e-a-u-t-y!” “No, please no!” Julia screamed, as everything went black.
Later, she woke up confused and frightened. “WH-where am I?” the terrified young woman thought to herself. She realized she couldn’t move. She was paralyzed! “Was I in an accident?” Her eyes felt heavy, but after a few moments, she opened them. It took a while for her eyes to focus. When they did, horror struck her. Julia was strapped down to a table. Nothing but a thin white sheet covered her quivering body. The old crone, who claimed to be her mother the past several years, stood over her. Julia’s ‘mother,’ was different. Her features were distorted. She didn’t look human. The old gypsy’s eyes were glowing red. Saliva dripped from the corners of her mouth. The hideous figure raised a long knife in the air and murmured something incomprehensible to Julia, and the horrified girl, let out a piercing scream.
Hurried footsteps, rushed voices: “Doctor, she’s under heavy sedation now,” frowned the nurse, this last episode was the worst one yet!” The doctor, wrinkled his forehead, and sighed, “Yes, I’m afraid we will have to keep her in isolation until we can probe deeper into her mind.”
Two men dressed in white uniforms carried Julia on a stretcher into a padded room. They picked her up, dumped her onto the cold floor, in a heap, and left her alone. The old crone’s repulsive face flashed before her, mockingly. Somewhere in her fevered mind, a small voice called out: “Please, somebody help me!”