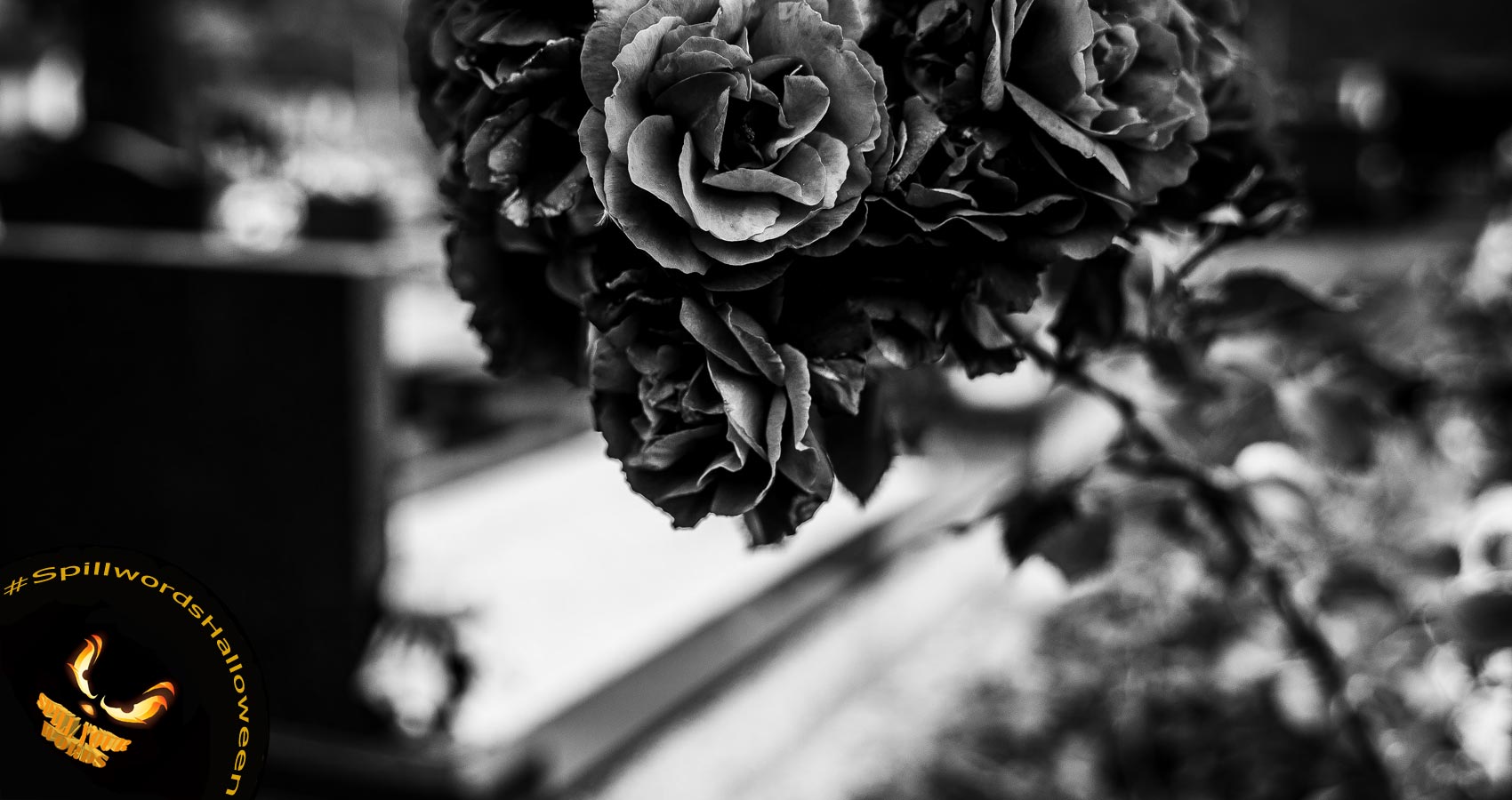 By The Plutonian Shore

By The Plutonian Shore

Flowers caressing the dreams once buried,
a tale still rhymes in the chilling breeze.
Aos si roams the land it owned once,
we still cling to the wilting shrub.
A long-lost friend now returns home,
a moment in time when my eyes were dew.
None did speak nor murmur thin,
but some did confide at the moment long.
The memories of the passing spring,
the frail weep of a flowing stream.
The night is near,
ours are the days beneath.

The chill that fills my vessel red,
Jack-o-lanterns up every lane.
When jack did trap the devil harshly,
he did fathom an afterlife sweet.
Yet, a life that did see the waterfall high,
flows towards the sea that harboured crib.
Lair bhan leading the façade long,
a union with the silence imminent.
The chill did never let loose a stroll,
rather the muck olla did bless the latent thrill.
The soul of an owl now sings,
in sync with the ghastly night.

The ghouls that conquer the hearts of men,
did crave a few moments of deferred thought.
The ghastly fear that conjures the mind,
thaws the ice that entraps the mortal.
Masquerade of ghouls and vampires abound,
a night of masking the inhibitions within.
Welcoming a spring of the afterlife’s spray,
down the ladder of goals and aims.
Theirs are the dream that smothers the eastern awe,
the boat that never returned to shore.
Theirs were the flowers that bloomed,
and the butterflies on the gliding breeze.
The returning of the lost few,
a cavern of lost memorabilia within.
Broken we, our brethren afar,
a few dusks under the dim-lit trees.

Where are the white orchards and the moon questioning?

The light of eternity,
giving way to the inherent youth.
What the day masks,
the night reveals.
Reveals a youthful whim,
an attempt at protecting the ember still lit.
We, our eyes and its image,
an illusion of the landfall yet to be.
Dead is the truth, the world ignored,
a pebble thrown into the waterfall high.
These nights we do concede to,
our defeat in the hands of time.
The night of the crippling ill,
returns to ignorance and repeal.

The sign of the cross on bark still black,
faltering attempts of a mind stone hard.
We speak and try to return,
a conversation lasting an endless wail.
But no reply from the self that speaks,
for life was never a bridge being built.
It was the garland that lay,
on misty tops amidst blue canvas.
Yet, we have failed in our search,
of bridging dreams with ever flowing stream.
The rain that once soaked the crib,
now a memory of the greater unknown.
The beginning of the day at bay,
Why I must close my eyes this dusk?

Let the wave carry us deeper,
we disown our conscious reach.
Into the sky, the moon descends,
floating amongst the casted many.
But the night returns today,
life returning to the wilting stem.
It returns and rides the gale,
painting the walls of greater descent.
Truth which impaled the west,
the sun rising in radiance wide.
It rises on the graves of many,
the crippling trod on gentle dew.
The kind and the cruelest kin,
lay under the eternal snow.

They feel the footsteps in their vicinity,
the hemlock that struck a walk down the lane.
Drink they a glass of wine,
filling a vessel lost ever since.
It fills the brink and stays deep,
the opulent green under the mushroom high.
The land awakens in a moment of recovery,
the dream, or rather a piece of it, intact.
Sink into the dreadful locks,
the intertwined we with the fallen rest.
Lands of those, which linger by,
a string between sky and fall.

A paintbrush dipped in water deep,
the lush hair of a drowned maiden.
She lay in etched walls of time,
the willow waddling down the lane.
The flower that blooms on the closer swing,
hangs on the garland, over my tombstone.
Hangs to reminisce the first rays of sunlight,
a forehead yellow on tumbleweed brown.
A warmth it brought,
a craving it seeded,
in the mind,
the eternal still.