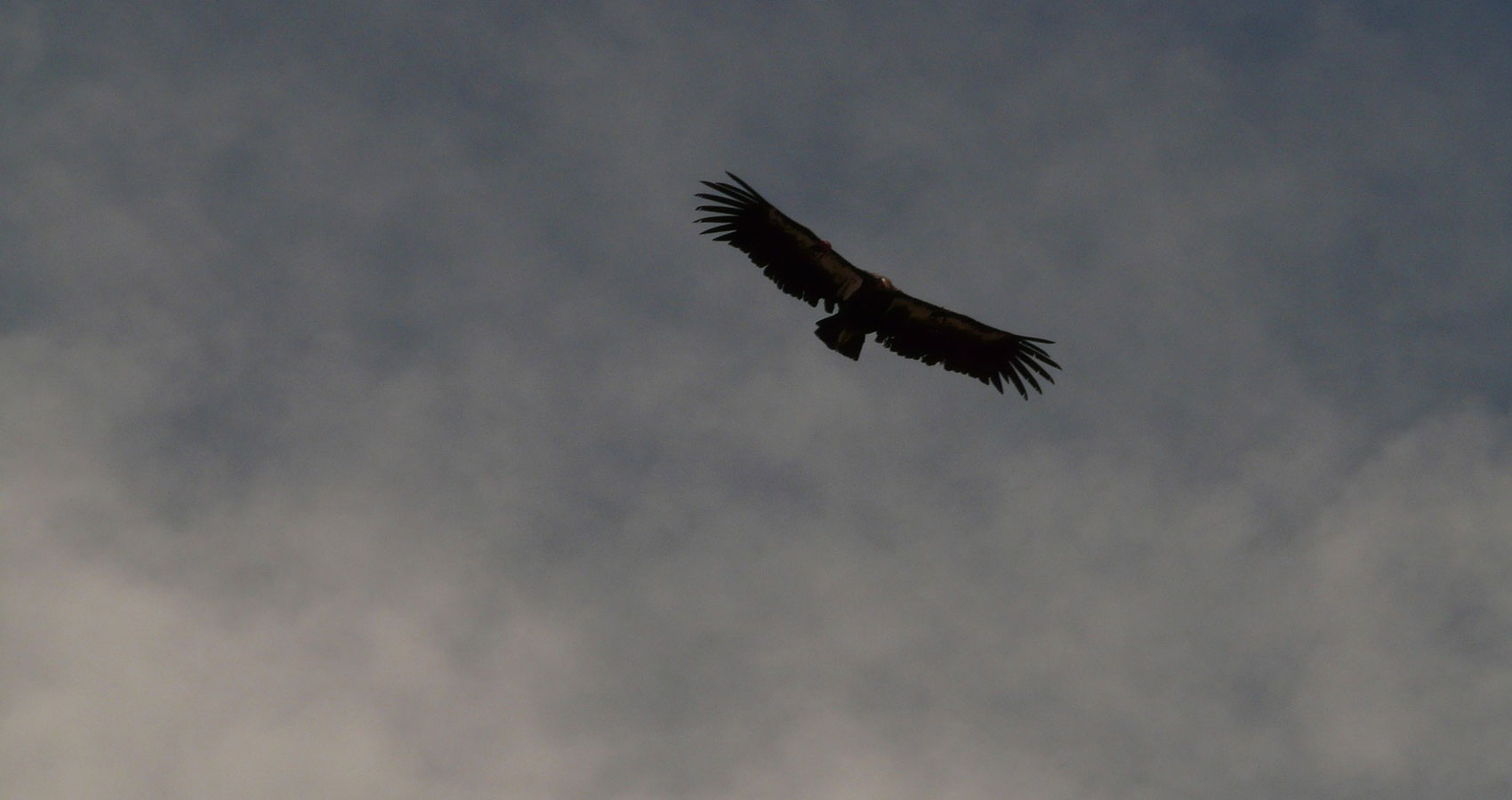 The days here are slowly changing
I watch the clouds gathering from the south,
The Argentinian wind brings in new cold,
From Antarctica’s cold mouth.
The hot sun from the winter past,
Is evaporating slowly west,
Towards the lands of Europe –
I watch the last rays as they pass.

Yesterday I saw some condors fly,
Over something already dead,
A ballet of tragic beauty –
Circling far above my head.
More leaves are in the garden,
More branches in the trees,
All things around are changing,
I wonder, were those big birds watching me?