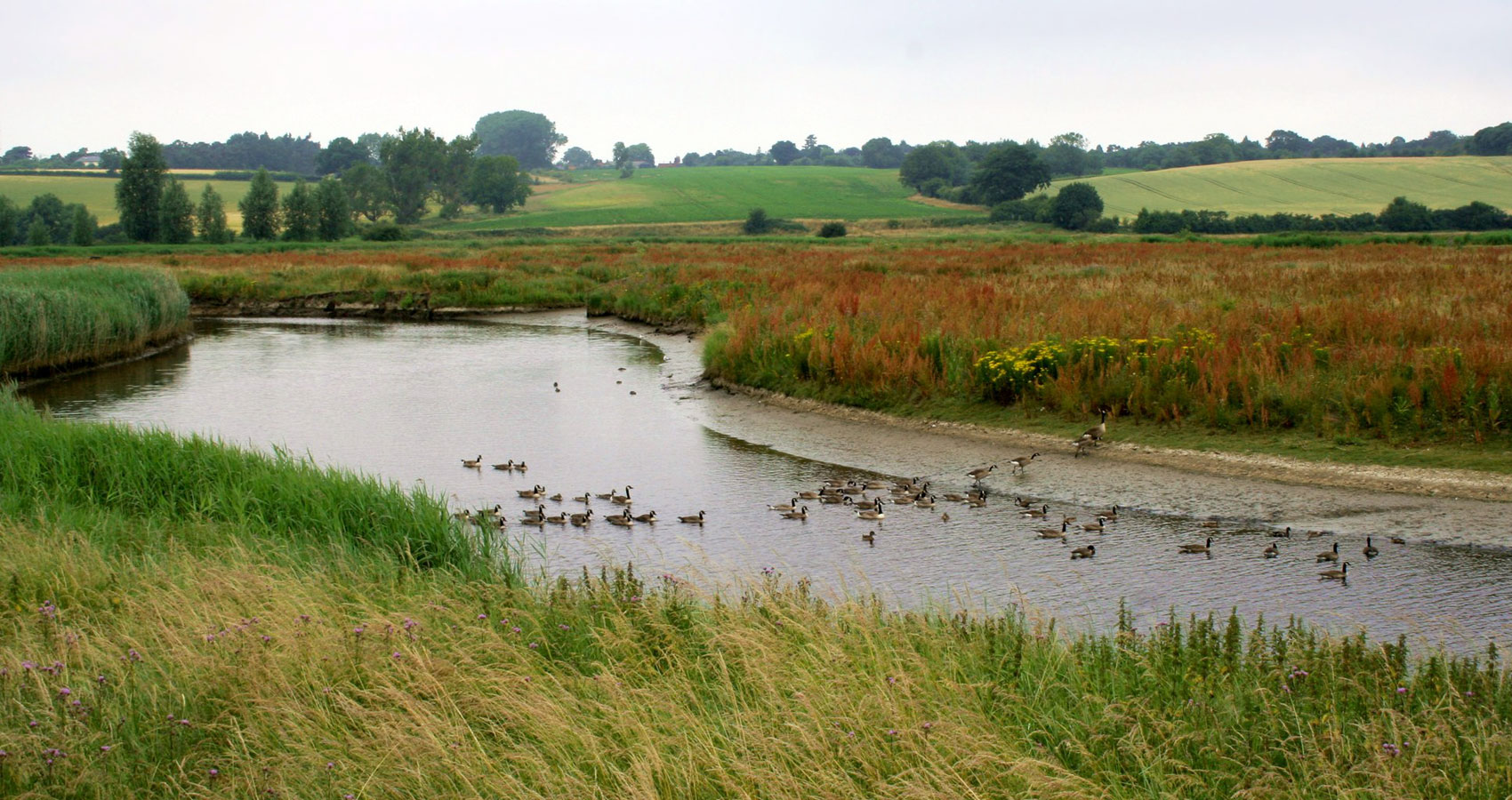 I question the wisdom of the race at the start. Yesterday’s run at Hackney Marshes is still felt in tight legs. The Witch Finder Trail race gets underway at ten sharp, with a cutting wind accompanying the spring sun.

Running through the small coastal town of Manningtree, marshals in seventeenth century costume cheer us on. Along the Walls (an ancient seaside highway), the field starts to spread out and we lose ground on the race leader.

off-white swans…
a runner and his dalmatian
overtake me

Approaching a local landmark, the early pace on the flat ground of the Walls starts to dissipate as the route gently ascends into Mistley. A strong headwind whips along the main street, unsettling the turbid water of the infamous ducking pond.

two towers…
just the three of us
after one mile

My running watch bleeps, we’re now midway through the race. In the distance, holding up the traffic, a figure in a high-crowned hat and Geneva cape guides runners past the Mistley Thorn, former home of Matthew Hopkins, the nefarious Witch Finder General.

cheap shoes…
the devil’s mark
on my heel

Round the back of the factory, the race takes us under the railway, through pastures yellow with buttercups in spring. There are no cows to stall our passage through the kissing gates today.

Edme chimney…
a long shadow
of my former self

The run uphill takes its toll on my calf muscles. A strategic burst of walking earns me a drink of water from the marshals on Furze Hill. In the stillness of the glade, peacock butterflies briefly entertain with a courtship display.

green lane…
fire in my legs
at the water stop

After refreshment, the race snakes through narrow woodland paths past the trim trail’s under-used exercise equipment. The giant oak will soon be reached, he’s eight hundred years old they say.

a high five
from Old Knobbley…
good for age

The famous tree acknowledged, the route drops down through the woods, sawdust marking the direction of the trail. Water can be seen through the foliage, a path among brambles not taken.

sink or swim…
speckled light
on the pond

The final mile. Emerging from the shade of the woods, the race has reached a low point in the undulating countryside. The path ahead looks like the north face of the Eiger. And the sound of feet behind me is a reminder there’s still a race to be finished.

perspiration…
I count the seconds
until the gate clank

Bluebells are the reward for reaching the summit of this small hill. Slogging it along the gravel track of the green lane, I’m reminded of the witch that haunts this highway at dusk.

hanging on…
the loneliness
of the last mile

I can see the finish through the patchy hedgerow; the mind games begin. I resist the temptation to look back, fearful of seeing the relentless hunter on my tail. She’s been there all race; some thirty strides back. Waiting…