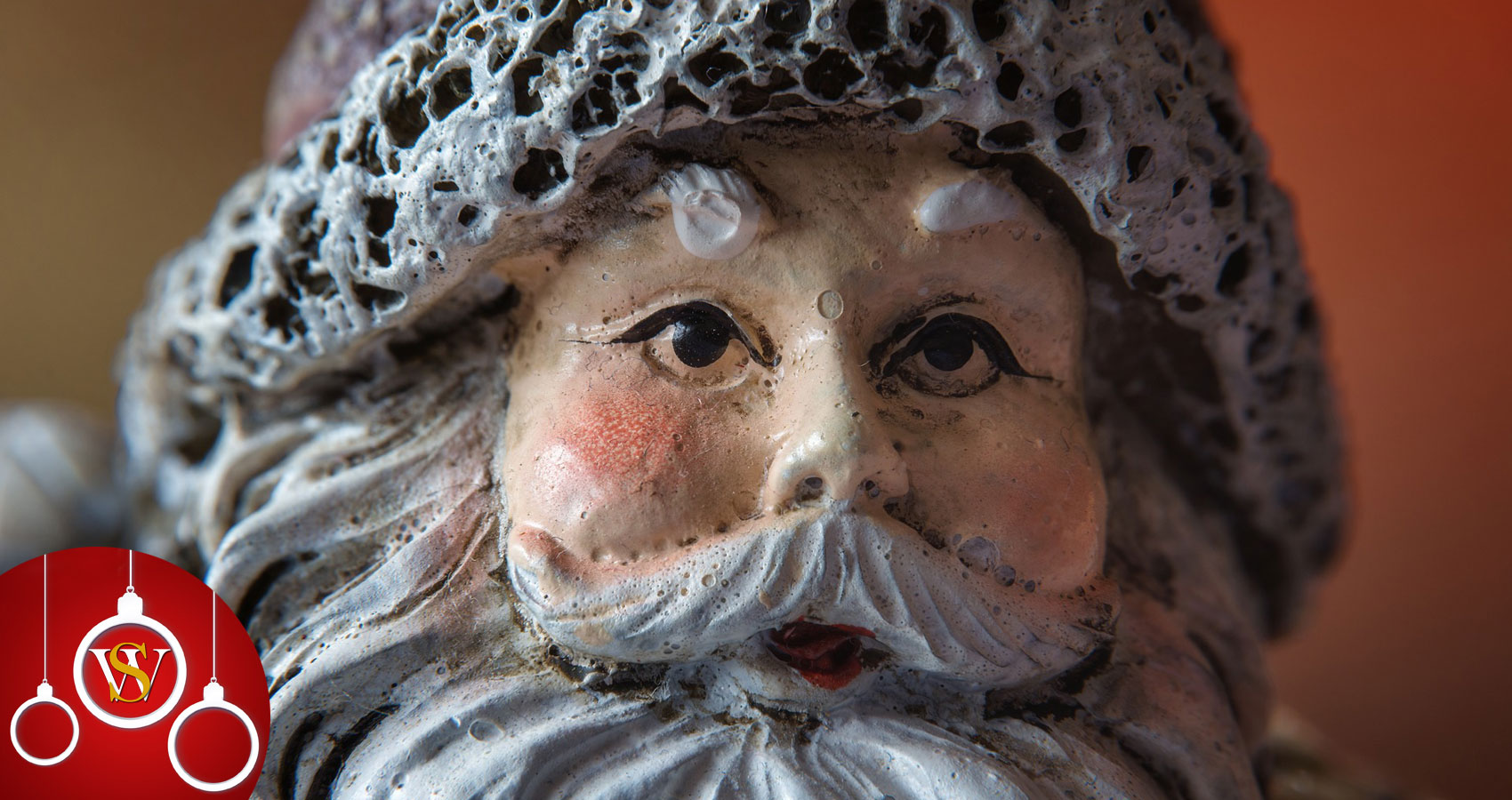 The counter guy at the Stewart’s convenience store handed over the change. The customer thanked him. Two others waited their turn to pay. Another got in line behind them, while to the right of this little line a woman poured herself a coffee. Two more, man, woman, stood nearby, talking. Someone was over by the coolers fetching milk. High school was done for the day and the store was filling with kids. For the next hour, they would hog six of the store’s seven tables and buy milk shakes, sodas and snacks, jostle, laugh, chat, flirt.

What no one remarked was the old man seated by himself at the last table–the man with the box that looked like it should hold Christmas ornaments. He wore a red-and-green plaid shirt, wide red suspenders, a white downy beard that came down to his ample waist. His nose was big and red, as were his cheeks, and his features would have been jolly had he not been looking into the Christmas box with such intense concentration. Whatever it contained, he kept reaching in to make adjustments. Outside and around the box he’d set up figures all of which were demonic of aspect—devils, gorgons and moirai and other terrible things with no name.

Curious, I drew closer. Close enough to see what was in the box. Here’s what I saw:

Richard traded in his job as associate professor of Anthropology to run an omnichannel design and development firm that stresses that content is everything. He has published in academic journals, and one academic book, and now his fiction has started appearing in literary venues lika Zoetic Press/NonBinary Review and Kenyon Review, with his first novel, Mission Sagamore, currently on his agent's desk.