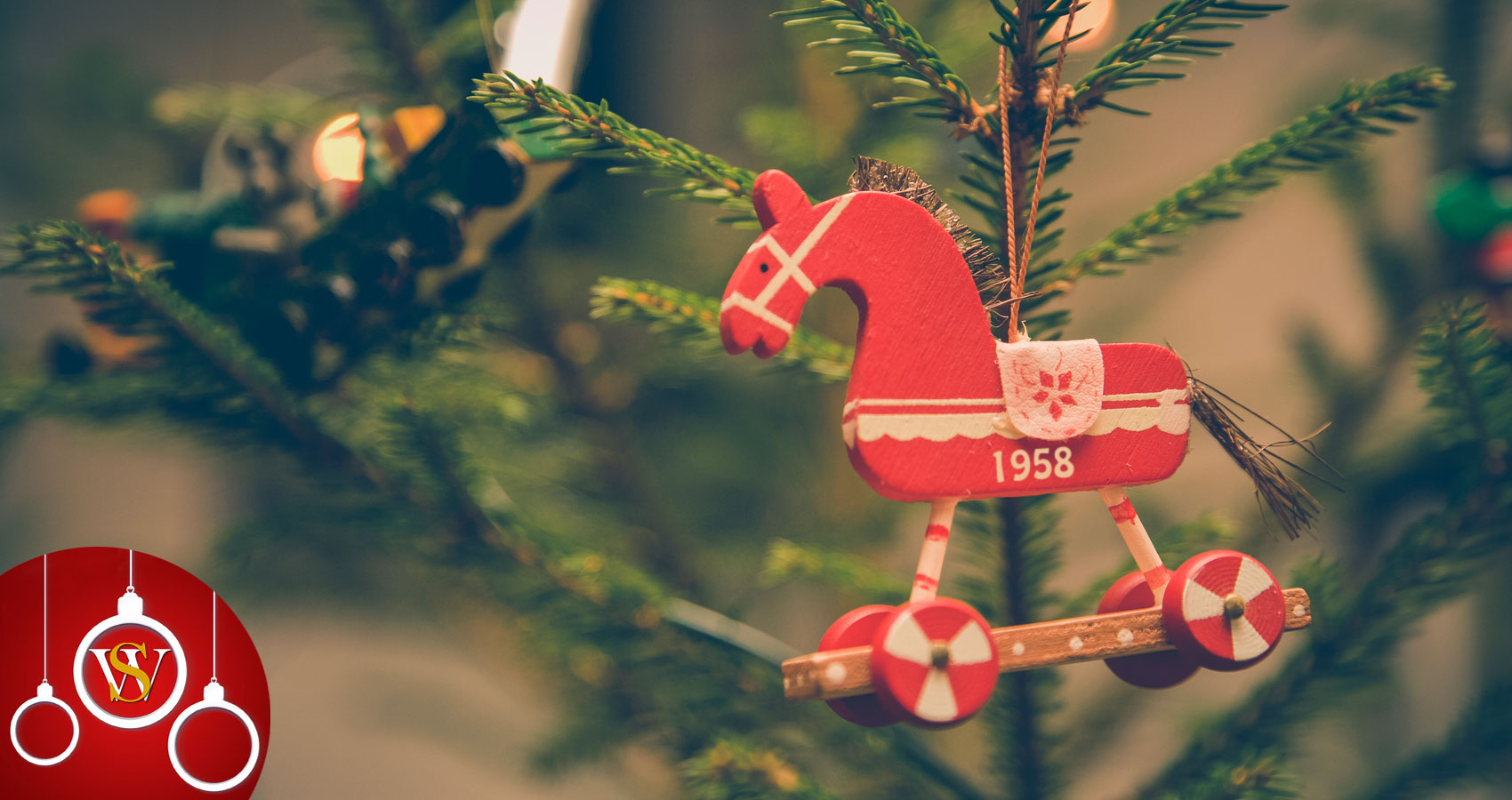 Christmas Eve the year I was twelve –

The stockings were hung; the children were nestled …

My four-year-old brother pranced around the living room; sure that Santa would bring him everything he wanted.  He only consented to get ready for bed after being told that Santa wouldn’t come if he weren’t asleep.  As he climbed the stairs to his bedroom, he chanted, “I’m getting a bat and ball, and a farm set, and a police bike – I’m getting a cowboy shirt, and candy, and a police bike.”

After several calls for water and a couple of trips to the bathroom, Ricky finally settled down to sleep, and Dad was able to get down to the business of putting together the police bike while Mom and I filled stockings and arranged the other gifts from Santa.

The fabulous police bike was actually a large tricycle with a boxy structure on the back to carry supplies a cop would need.  It was painted to look like a police vehicle, and Ricky had been obsessed after seeing a picture in a catalogue.  He had big plans to clean up the neighborhood.  His main target was to be the little girls who pestered him all the time – he had no interest in playing with them – ever!

My dad put the handlebars on and was preparing to attach the seat and the front wheel when my older brother, Mike fell in the front door.

Mike was seventeen, and had just recovered from a bought of flu.  He had spent the evening with his girlfriend’s family.  On his way home, he began to feel sick again; and by the time he reached our front door, he couldn’t stand.  He was pale, sweating, and in a lot of pain.

My mother and father bundled Mike into the car to get him to the hospital.  On their way out the door, they told me to get to bed.

I lay in bed worried about Mike (I was sure he would get good care at the hospital, but I worried anyway), but I was also worried about poor Ricky’s Christmas being ruined because his wonderful police bike was half assembled with its parts and Dad’s tools spread out on the living room floor.  I was sure the poor kid would be crushed.

Still tossing in my bed a couple of hours later, I heard my mom come home. She came to my room to tell me that Mike had to have his appendix removed, and he would be fine.  Dad had stayed at the hospital and wouldn’t be back home until after breakfast.

She went to her bedroom, and I knew the tricycle would not be finished in time for Christmas morning.

I must have fallen asleep because I was awakened when my cocker spaniel, Gladys, jumped on my bed.  The first light of morning was coming through my window, and I heard someone on the stairs.  Climbing out of bed, I looked through my bedroom door and saw Ricky making his way down to the living room.

I waited to hear the heartbroken sobs when Ricky discovered that Santa had failed him.  After a few minutes, I gave up and went down to see if I could console my shattered little brother.

As I entered the room, Ricky ran to me, a huge smile on his face.  He could hardly contain his glee as he chortled, “Look, Santa brought my police bike; and he took out Daddy’s tools so I could finish working on it! ‘

Lauretta lives about 30 miles from everywhere. She writes in a shack in the woods -- don't look, you won't find it. She has written several plays and mystery dinner scripts that have been produced around the area. Her cat likes her work, but only if it is used to wrap a nice piece of fish.