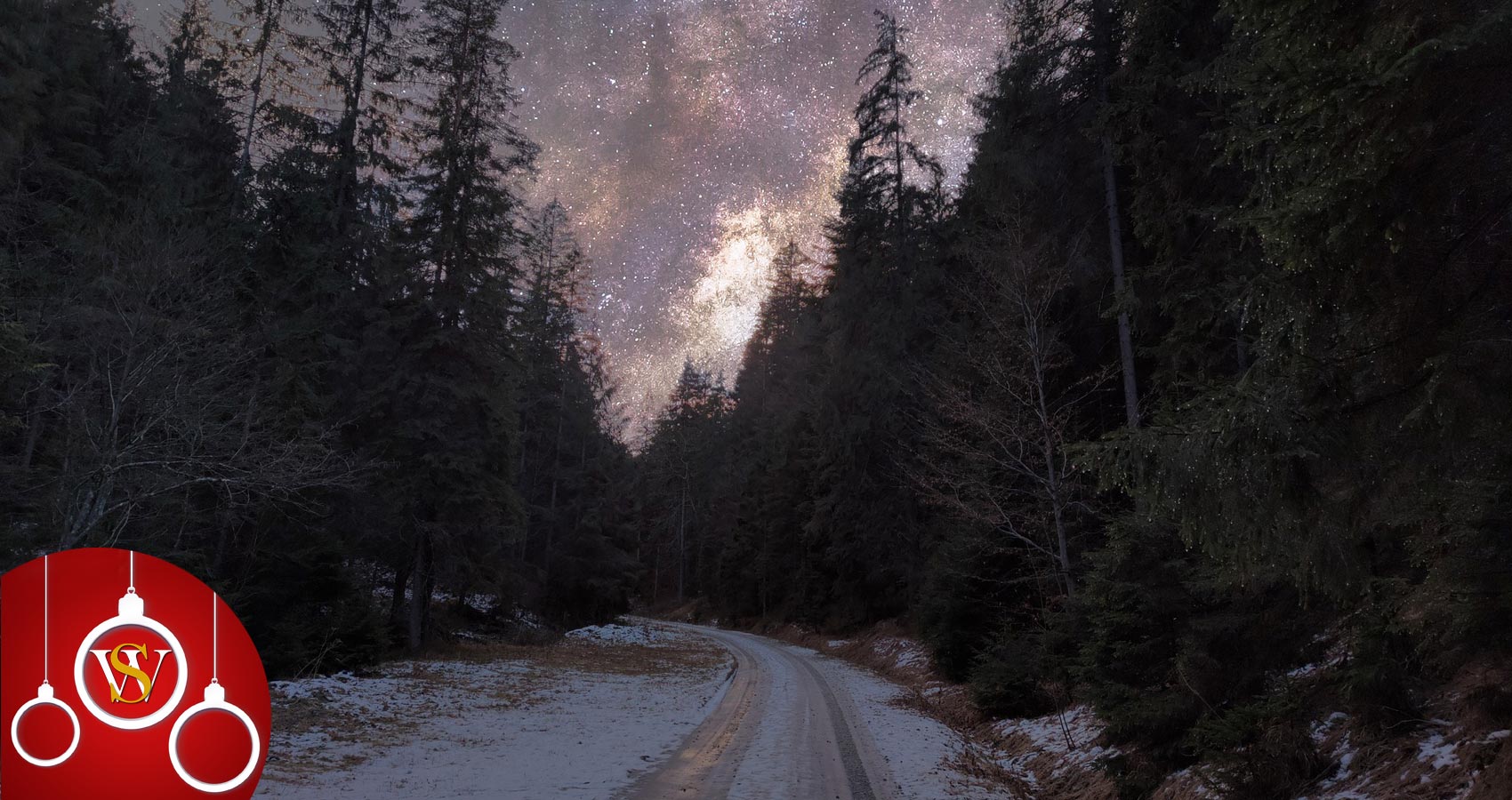 ‘There’s a weather warning for fog this evening.’ The DJ’s voice over the radio crackled with static. ‘So, take care out there if you’re driving home for Christmas. That’s our cue for the next song. Enjoy.’
Daniella groaned. ‘Fog, that’s all I need.’ She loved her job as a community nurse but calls to remote areas of the borough were a nightmare in winter. Even so she preferred visiting patients in their homes to being indoors all day at the surgery.
Turning left off the village high street, she slowed her car to a crawl, jolting along a rutted untarmacked lane overhung with trees. She stopped at the first of a cluster of barn conversions arranged neatly around the cobbled former stable yard.
Daniella swung her car around and parked under the carport as usual. As she approached the house, looping a facemask around her ears, a middle-aged woman opened the front door. ‘Hello Daniella, thank you so much for coming out on Christmas Eve. I wasn’t sure you’d even make it to the village in such filthy weather.’
‘That’s OK, Penny. It’s what I’m here for. How are you both?’
‘We’re fine now, thanks to you. A volunteer from the council is doing our shopping. I was struggling to get any online slots and I can’t leave Mum on her own for long.’
‘I’m glad that’s sorted. You know you can ring the surgery any time if you need more support.’
‘Yes, I know, thanks. Mum’s in the front room.’
Daniella followed Penny into the house and cheerily greeted the elderly woman sitting in a recliner armchair by the front room window. ‘Hello Dora, we’ll soon have you feeling more comfortable.’ She unpacked her bag and knelt beside Dora’s chair. Carefully she unwrapped the bandages on Dora’s legs, gently cleaned the ulcerated skin and put on fresh dressings. Despite the pain of the procedure, Dora chatted happily, glad to have a visitor.
Penny came in as Daniella was packing up her equipment. ‘I put up our Christmas lights yesterday to brighten things up a bit for Mum. I’ve switched the outside ones on for you. Merry Christmas. Take care going home now.’
As Daniella left the house, she gasped with pleasure. Penny had strung fairy lights all along the front of the house, even around the carport, bathing Daniella’s silver car in multicoloured reflections.
Daniella reluctantly turned her car away from the lights and headed down into the blackness of the lane. Once past the brightly lit pub at the end of the village, she could barely make out the road ahead. Thick grey ribbons of fog swirled menacingly across the beams of her car’s fog lights, rendering the cat’s eyes in the centre of the road almost useless. She negotiated a series of treacherous dog-leg bends, trees looming out of the darkness heart-stoppingly close to the car.
As Daniella drove on nervously, she noticed the cat’s eyes were reflecting back not the white of her car’s lights but all the colours of the rainbow. Just like the twinkling fairy lights she had seen reflected over her car earlier. She laughed at herself for being so fanciful. ‘I must be imagining Christmas lights after seeing them at Dora and Penny’s house!’
As the fog grew thicker, the fairy lights glowed brighter. Lost in wonder, Daniella drove more confidently. The twists and turns of the road showed up clearly ahead of her. Still not believing her own eyes, she followed the vibrant coloured trail safely through the fog all the way home.