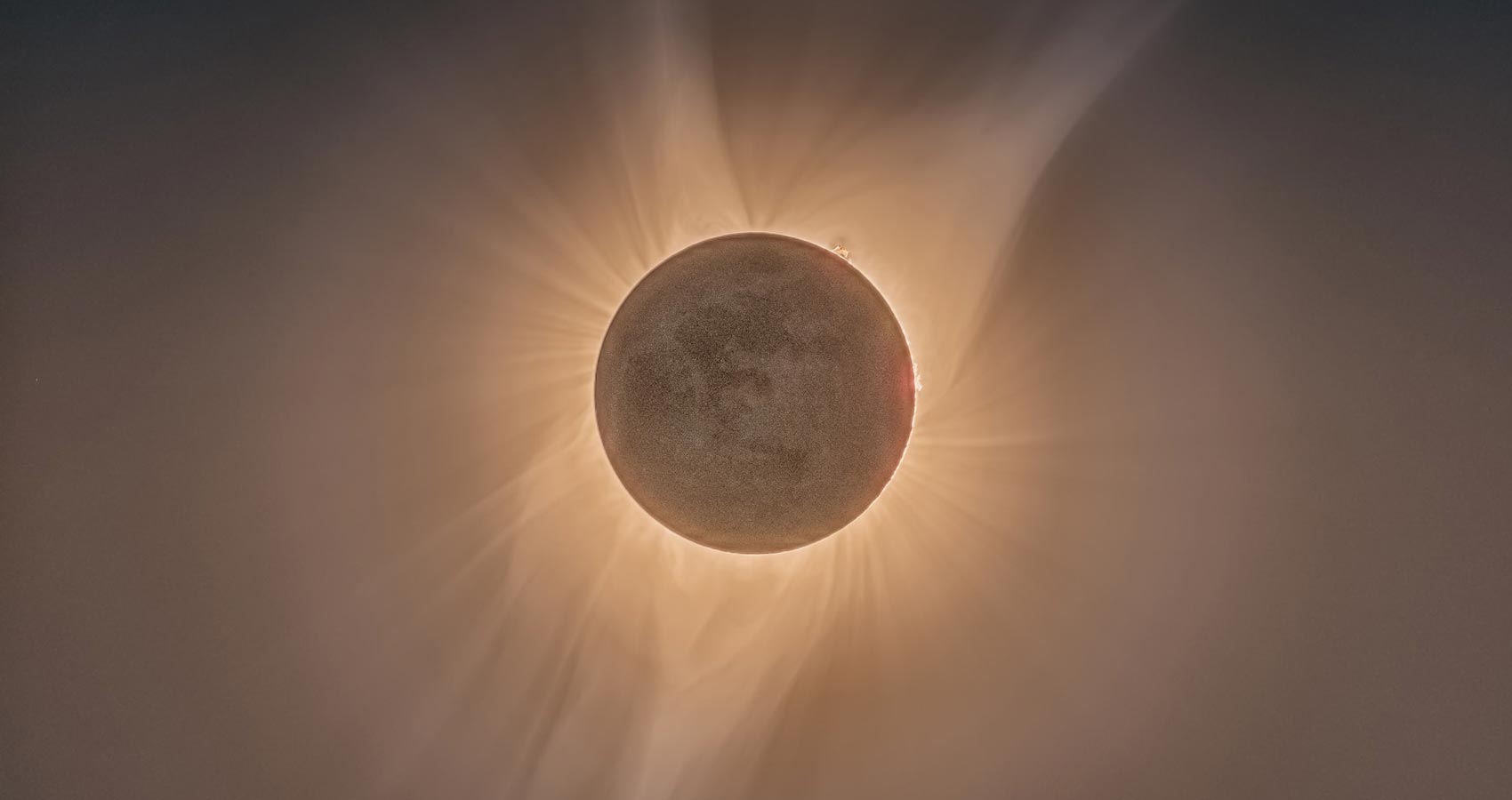 Aya was born on a total eclipse of the sun. Perhaps this explains her darkness and absence of lightness. She did not cry like other newborns. Her mother, ‘Yuki’ and her father ‘Hai’ were grateful for an easy child. But something was amiss. “She never laughs or smiles”, Hai said. He tickled her feet smiling and singing –her response, a burp and that was it.

As she grew older she had a great appetite. Her black hair and eyes absorbed all light. Her skin was as pale as the moon. The only time she showed great emotion was when her parents tried to take her to school. Her moans were shocking, embarrassing, demonic; it was impossible to move her. Her body catatonic, while she howled like a dozen wolves.

“No, she is not ready for school”, her mother said. “Oh, if we only had another child”, Yuki and Hai cried. They tried many times for another child but had finally given up.

They stared at each other for a long time. What should they do with their daughter? They decided to do nothing –let her run free. They offered her food and shelter but even this Aya did not need. She slept outside under the moon, even when it rained. What did she eat, they wondered. One thing was certain: she always stayed close by. Everyday they would see her walking through their small farm. She loved singing strange songs to the goats, chickens, birds, even to the insects. The more she sang and cared for the animals, the more milk they produced, the honeybees dripped honey from their hives and all the crops grew abundant. Mother and father were content with Aya and her unusual talents.

At the same time, they were unhappy because every time before the slaughter of their farm animals the geese, the cows, and the chickens would all disappear. Where did they go? Mother and Father finally realized it was Aya who took care of this. She was the culprit. It was her strange ways that transported the animals to safety.

So, they gave up using animals for food, and resigned themselves to a bounty of living greens, eggs, milk, honey, and more. They loved their strange child.

Over the years Aya grew astonishingly beautiful. Her moon light skin shone with radiance, and her black hair grew thick and flowing like waves on the sea. Strong and athletic she could jump fences, scale walls, and run like the wind. This bothered her parents.

“People will think she is a witch or a monster,” Yuki said. But nothing ever happened. For Aya kept away from strangers.

The villagers were content. Their crops were flourishing. The goats produced cheese and milk, chickens eggs, and the bees made heavenly honey. The villagers seemed not to mind that their prime ribs, racks of lamb, and candied hams were disappearing. Life was abundant and sweet.

Everything changed when a newcomer named Kuso moved to the village. With his flaming red hair and beard, and hands as big as small boulders, Kuso was a giant in this small mountain village.

Kuso claimed he saw a woman running off carrying his bull on her shoulder. Fortunately, no one believed him. They thought he was out of his mind. How could a woman carry a bull on her shoulder and run like the wind? This enraged Kuso. His face turned crimson. The veins across his forehead and temples bulged and pulsed.

“I will find and destroy this thief,” Kuso shouted.

Hai and Yuki froze. Their hearts beat so loudly that the walls shook. They knew it was Aya, and now Kuso knew it was Aya. As the red bearded man walked away, two bullets fell from his pocket, and rolled across the wooden floor.

“I will destroy her. She will burn in hell.”

The next day, Kuso purchased 2 huge guard dogs and two rifles. His rifles cocked, he sat up every night waiting. Days, nights, and weeks passed. Nothing happened—with no sign of the thief.

Then on a moonless night, while Kuso was fast asleep, Aya floated in on a warm mist and drifted away with all Kuso’s livestock, including his two dogs.

It was mid-afternoon when Kuso awakened. A fly walking on his nose woke him. His dogs were gone, along with the rifles. Only a bowl of fruit was left in his lap.

“No mere woman makes a fool out of me,” he bellowed.

With one blow he broke a table in half. Then threw chairs across the room until he realized what he was doing.

“It’s the woman I should destroy not my abode. Fire, fire, they will all burn in Hell.”

Nearly midnight, Aya was deep in the forest tending her animals. She was in another realm, humming her mystic songs when a burning heat shot up her spine. She saw her house was on fire. Yuki, Hai, and all the animals were crying. She ran as swift as lightning, but it was too late. The house was one big bonfire.

Aya chanted the sutra of protection as the flames died. Ashes and cinders flickered like jewels in the night, while Aya kneeled on the ground sobbing. From each fallen tear, a wildflower sprouted. So many tears shed, until a garden of fragrant flowers bloomed. Then one by one the chickens and ducks waddled in, along with the goats, the dogs, and finally Hai and Yuki and the neighboring villagers.

They all formed a circle around Aya. But Aya could not stop crying.
“Oh, Mother and Father, I am so sorry this happened. I caused this misfortune. I must go away, or another tragedy will fall upon you. The Earth is not with me.”

“We are with you Aya,” Yuki and Hai, cried.
“Our blood runs through your veins. We have been with you through darkness and light. We let you run free on fertile ground. Together we have grown and we will continue to flourish.”

“No Mother, I will never forgive myself if harm ever comes to you. I cannot force peace and love. Now the villagers know my secrets. I must go quickly before I change my mind.”

“Please stay,” the villagers cried.
“We knew all along it was you who made our land flourish.”

Aya was surprised. Her whole body trembled with indecision.

The flowers nodded. No one dared to breathe. A baby chick peeped then the silence was broken.

Aya said, “I am glad to hear you know my secrets. Now you can make them your own. All your flocks and herds will return. They know their way back. You will learn much from your animals. They are more than just flesh. Now I must go.”

“Where will you go?” Yuki and Hai asked.

“I will be close by only a few light years away. When you look up at the clouds, the moon, the sky, or embrace sentient beings, you will know I am near. I shall come back in perhaps another form, perhaps the same form—somewhere, somehow on the next total eclipse.”

As she walked into the forest a warm mist enveloped her. And she was gone.

I was born in East L.A. Boyle Heights California many years ago. I am passionate about writing. It is my confession, therapy, meditation and my joy.