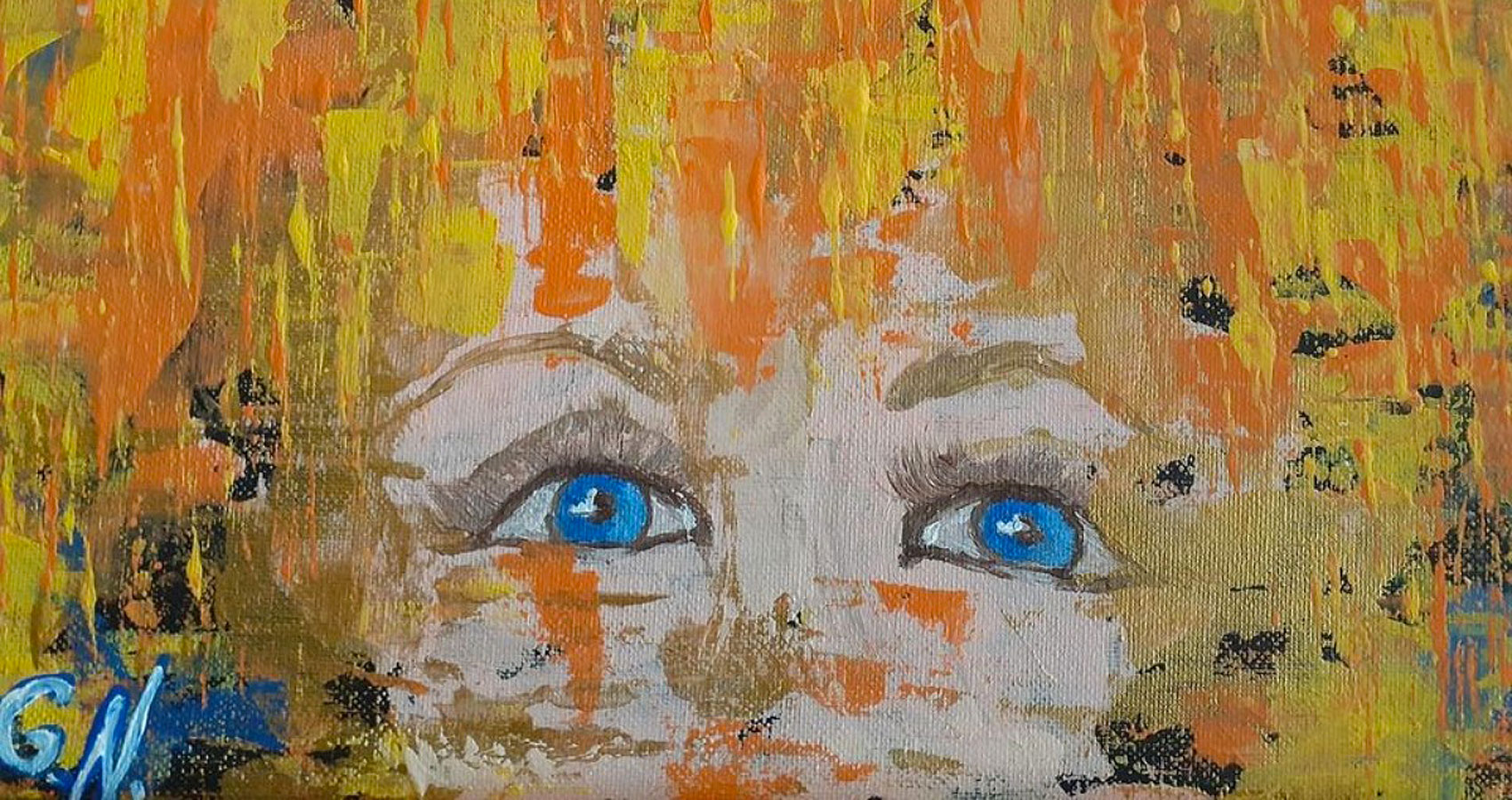 Mid-summer glows
with bright flowers
and greenery of succulent herbs.
Fascinates
with the scents of the lakes.
The feverish wind
is spinning my head.
I will fall splashing
into the cooling waves,
spread my arms
and look into the azure sky,
blazing gold sun,
embroidered with lace clouds.
I’m in love …
in love with a mid-summer smile…

…Because only once
you will meet someone
who will turn your world
into a rainbow of colors.
Who absorbs every drop
of your iridescent soul.
Who absorbs
the whisper and sound
of your fluttering heart
and wants to hear more.
It is only once
to heavens you’ll sore
from fragrance of love.

Natalia Govsha has been writing poems and prose all of her life and has been drawing for many years. She studies philosophy, alchemy and synthesis of religions. This knowledge is reflected in her poems, stories and pictures. Her first book of poems “Woman’s Diary” was published in 2015. “Woman's Diary”, a collection of poetry, shares a reflection of women who have surrounded her, with their own life and their own love, joy, sorrow, and suffering. From passion to splashes of love, to mistakes, break ups, revival and forgiveness, forgiveness and hope. Natalia’s second book of poems "IF YOU LOOK AT THE SKY" was published in 2018. This book about a person who wants to understand a single universal Mind that lives both in human beings and in the universe, initially and unconditionally; and who feels the vibration of true love - as the eternal primordial state of the world. Her drawings and paintings were included in the video films of various songs. They were also published in the magazine “Cinematic Codes Review.” Natalia Govsha lives in Mississauga City, a province of Ontario, Canada, with her family.