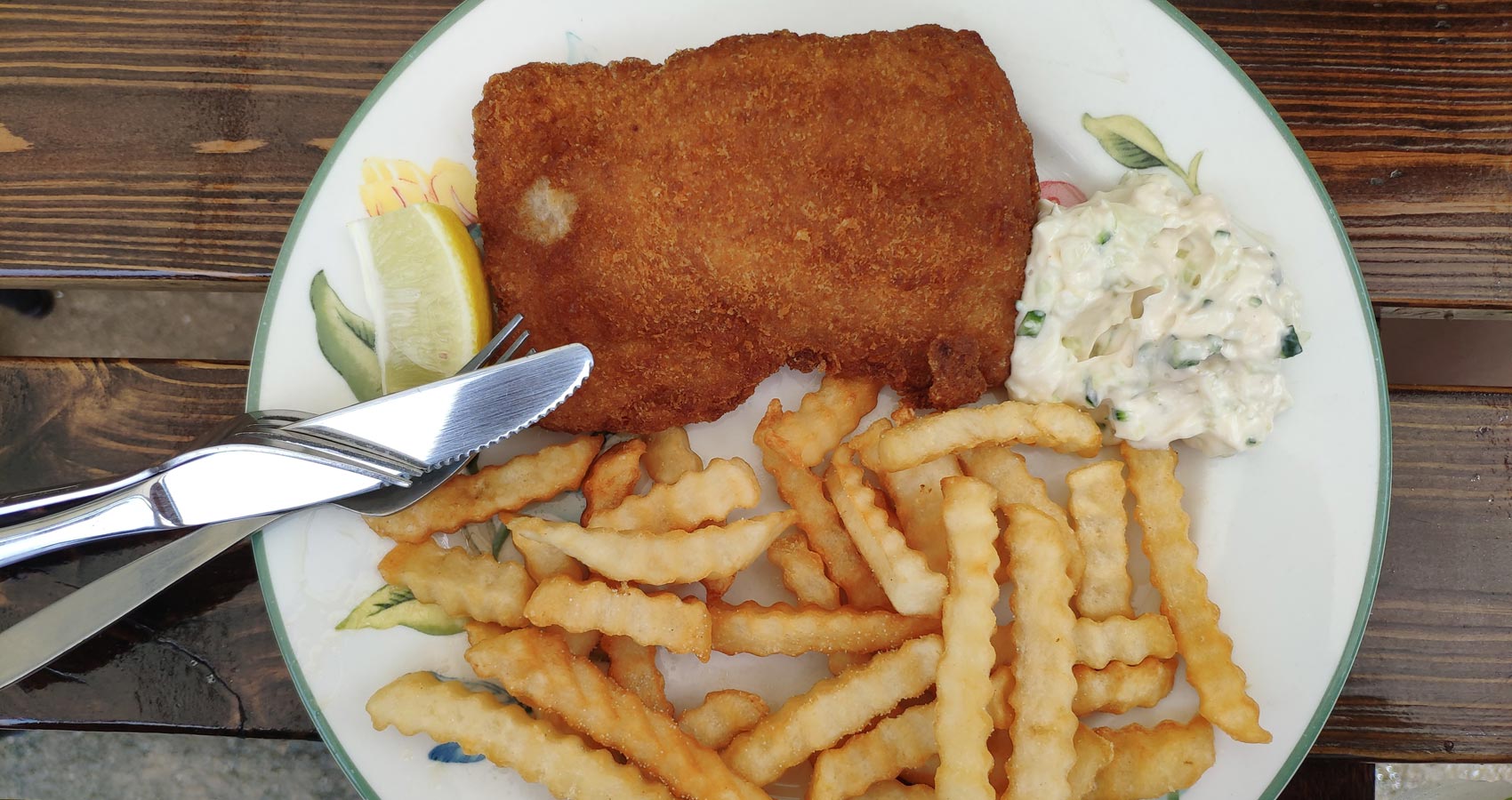 A street corner, almost crowded,
tonight’s hot supper at its heart.
A bicycle, rider astride, standing talking,
another bicycle, rider bolt upright, pedalling.
A queue along a red painted shop front
next to a red door to the flat upstairs.
Three glowing globes inside floating,
lighting up the steamy smoky frying fug
trapped above the fish and chip counter.
The street rain-shiny from an hour ago
and it’s still soaking drizzle down.
Raincoats and flat caps, one umbrella,
small children with bare legs (of course).
Chimney smoke rising slow in
windless air under a drab clamped down sky
over crows and gulls flying, flapping
above sloping grey slated roofs.
Front doors opening on to the pavement,
no pocket gardens, no frills or furbelows,
miners’ homes in a terraced street running away
straight as far as the eye can see.
Summer warmth and its bright light gone,
another chill Friday autumn evening
up north in an English town in an era
demolished and gone long ago.

After the painting by Norman Cornish: “Eddy’s Fish Shop”

For US readers, “pavement” = “sidewalk”