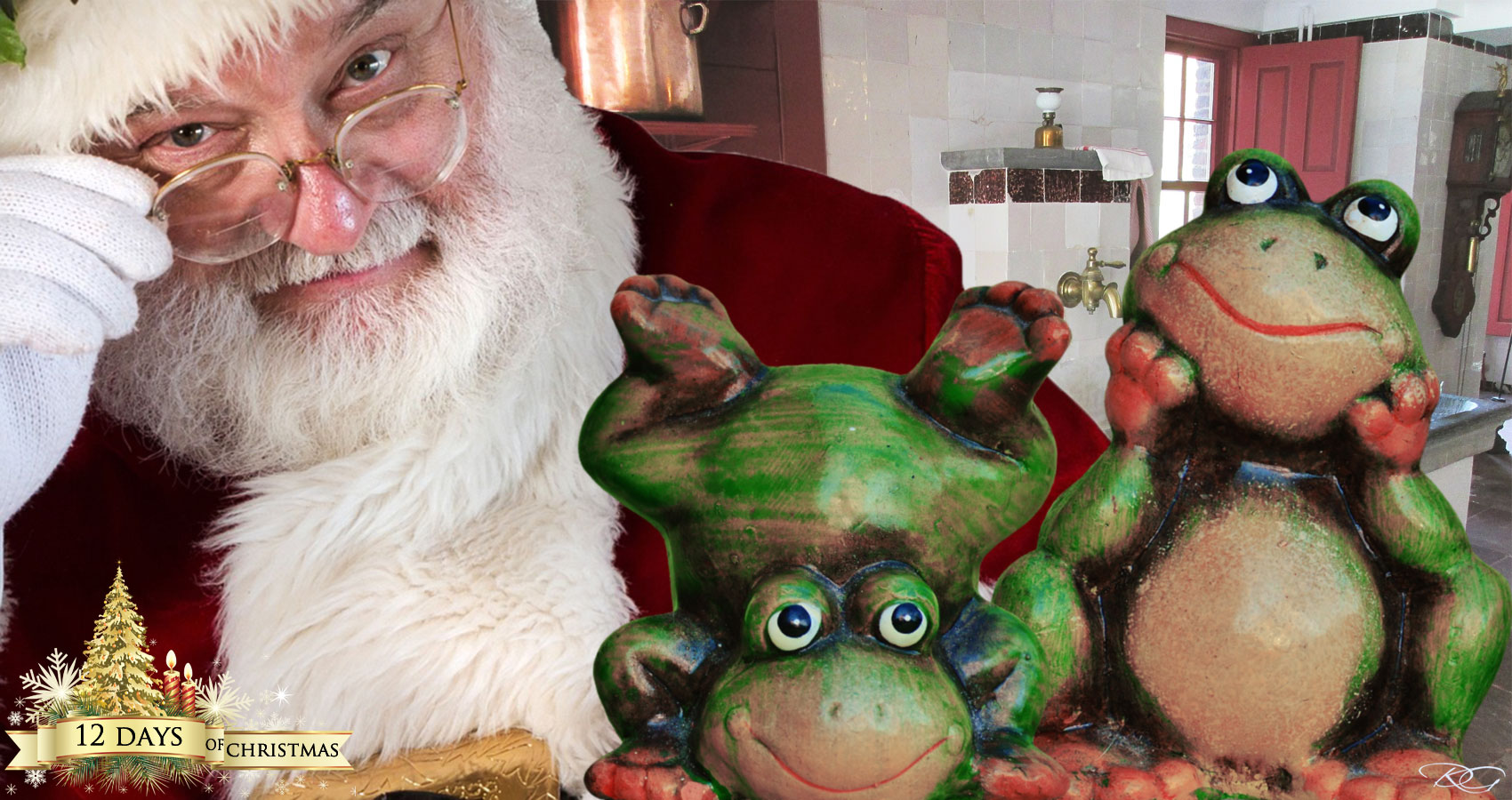 By the time I was seven years old I was sure about the difference between boys and girls. When my cousin Andy showed me the ceramic frog he found in Grandma’s locked china cabinet, I knew it was a boy. Andy held out his other hand. That frog was a girl. You had to tip them over to tell, but there they were, boy parts and girl parts.
Andy giggled. I scanned the room for any sign of Grandma and glimpsed the back of her head through the door leading to the front room. If we got caught, she’d have us scrubbing the bathroom floor with toothbrushes.
My nine-year-old brother, Jerry, pushed in next to us, rocking the Christmas tree behind him. When Jerry saw the frogs, he burst out laughing. Soon my cousins, Carl and Candy, joined in. Then my little sister, Angie, walked into the room. I knew Angie was too young for this kind of thing, but then Andy dropped one of the frogs. Angie picked it up and turned it over. She grinned and held it up so everyone could see. “This frog has a wee woo!”
I had been watching the back of Grandma’s head as she watched Bing Crosby singing “White Christmas” on TV. Grandma’s head spun around so fast I thought it would fly off her shoulders. I didn’t have to guess what was going to happen when I saw the look on her face. Before I knew it, she had four of us by the shirtsleeves and Andy by the ear. Somehow Jerry had escaped, but Grandma’s voice rang out, dragging him back, “That’s far enough young man!”
Grandma plunked us down on the floor, back to back, three in a row. Then Grandma marched around us in a circle waving the frogs over her head. Her voice sliced through the air. “You invaded my privacy!” She bent down and waggled her finger in our faces. “None of you deserve anything nice.” Her face turned the same color as Rudolph’s nose. What Grandma said next stunned me clear to my bones. “Santa will not be visiting you this year.”
My little sister let out an ear-splitting wail. Tears tumbled down her cheeks and her bottom lip quivered. As I reached out to comfort her there was a loud stomping noise coming from the front room.
We jerked our heads around as Santa strode in with a big sack slung over his shoulder. He let the bulging bag slip to the floor. His hands gripped his belt on each side of the buckle. He threw his head back and let out a window rattling Ho ho ho.
As Grandma twisted around and tried to hide her hands behind her back, she fumbled and dropped one of the frogs. I figured they were slippery little buggers. That was the second time someone dropped one. The frog tumbled across the carpet and stopped in front of Santa’s boot.
Santa bent to pick it up. “Why, this frog has a wee woo. Who does it belong to?” A scowl crowded his white eyebrows together as he scanned the six of us sitting on the floor.
My little sister jumped to her feet, her finger pointed at Grandma. “It’s hers, Santa. And it’s naughty!”
“Then Grandma will have to sit in the corner and she won’t get any presents.” Santa placed a finger to the side of his nose and gave us a smile and a wink.
Andy leaned over and whispered in my ear, “Can Santa do that?”
With wide eyes we watched as Santa made Grandma sit in the corner, facing the wall.
After Santa handed out our presents, he gave Angie an extra wink as he patted the top of her head. Then he told us he was going to give Grandma’s gift to someone at the nursing home.
We learned a good lesson about what was naughty and what was nice. I never looked at the anatomically correct frogs again. Or at least if I did, I didn’t tell anyone.