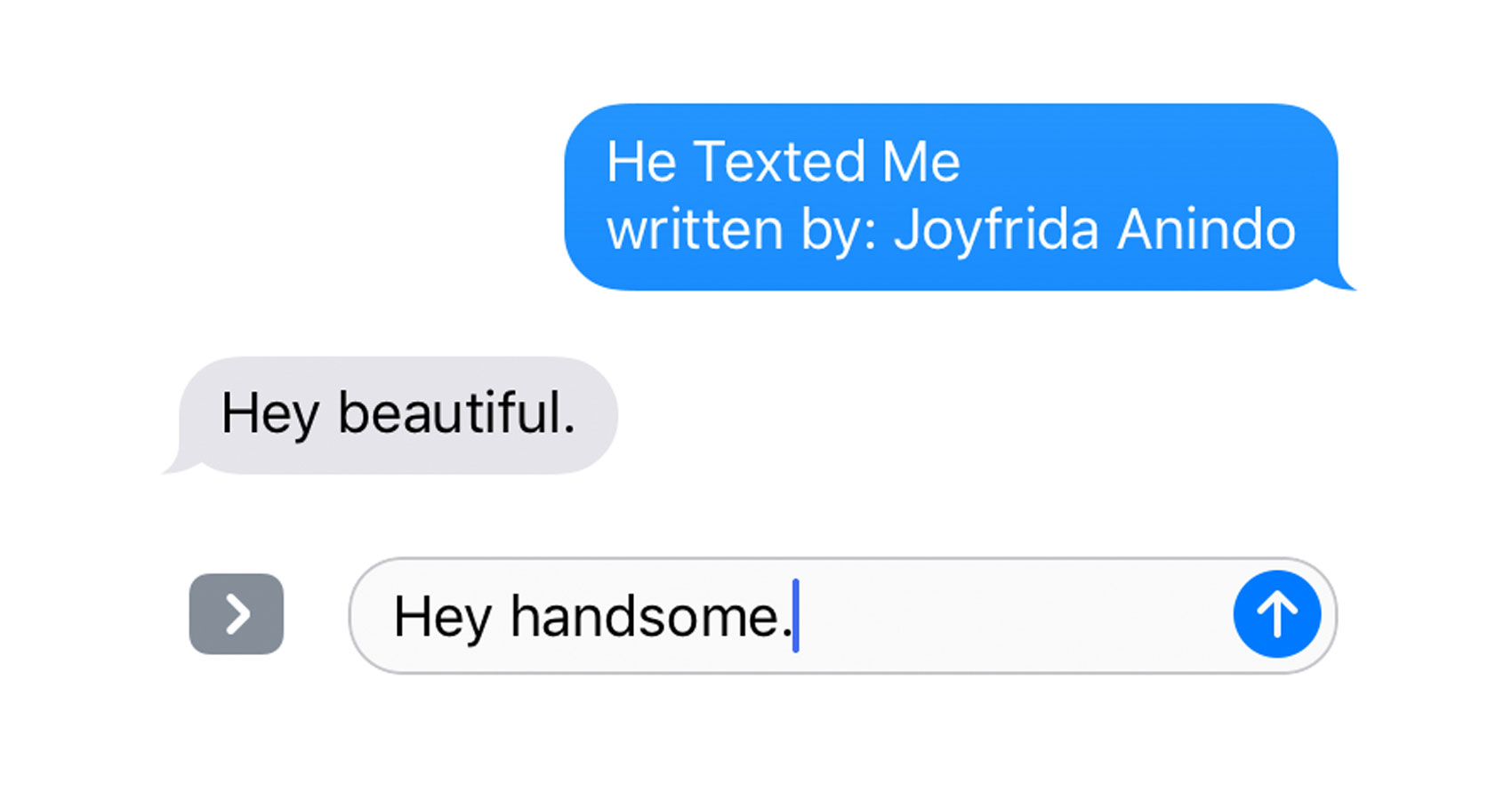 She couldn’t remember the last time her husband had called her that, wait, even look at her that way in the past year. It is always one trip after another followed by claims of headaches and muscle pains when it was time to be intimate. She never knew if he was faking it or if he was genuinely tired, the line had become so thin it was hard to place.

She stared at the text. The sender was online and she knew who he was. They had met a couple of times when she was out doing field work. He was nice, he complimented her hair and nails. He seemed to always notice something new about her every day, he smiled at her the way her fiancé used to smile at her some two years ago when they were young and newly in-love. He asked for her number and she gave it to him, “I will text you”, like an illicit promise.

Those two words haunted her mind. She had seen a similar text in her fiances’ phone. She didn’t probe to see who it was but had an inkling that was the reason for his sore muscles and tiredness. This person was probably the reason why her husband was always going on work trips. Friday to Monday. The reason something always came up on the day he was to return and he had to come after the weekend. Weekend after weekend it became the norm.

She typed and her thumb hovered over the send button. It trembled, she couldn’t understand why she hesitated. The thumb trembled like it desperately wanted to tap, wanted to explore something new. Wanted to trace human flesh, flesh that wanted her as much as she wanted him. She craved for a smile, a human connection, even if fleeting at the height of lust. As long as it was meant for her only.

She deleted the chat. That was a Pandora’s box that she wasn’t ready to explore. But soon, the growing resentment and indifference will over power her sense of duty. Duty, that thing in her chest she once thought to be love.

Joy Joyancel is an author and poet from Nairobi, Kenya.