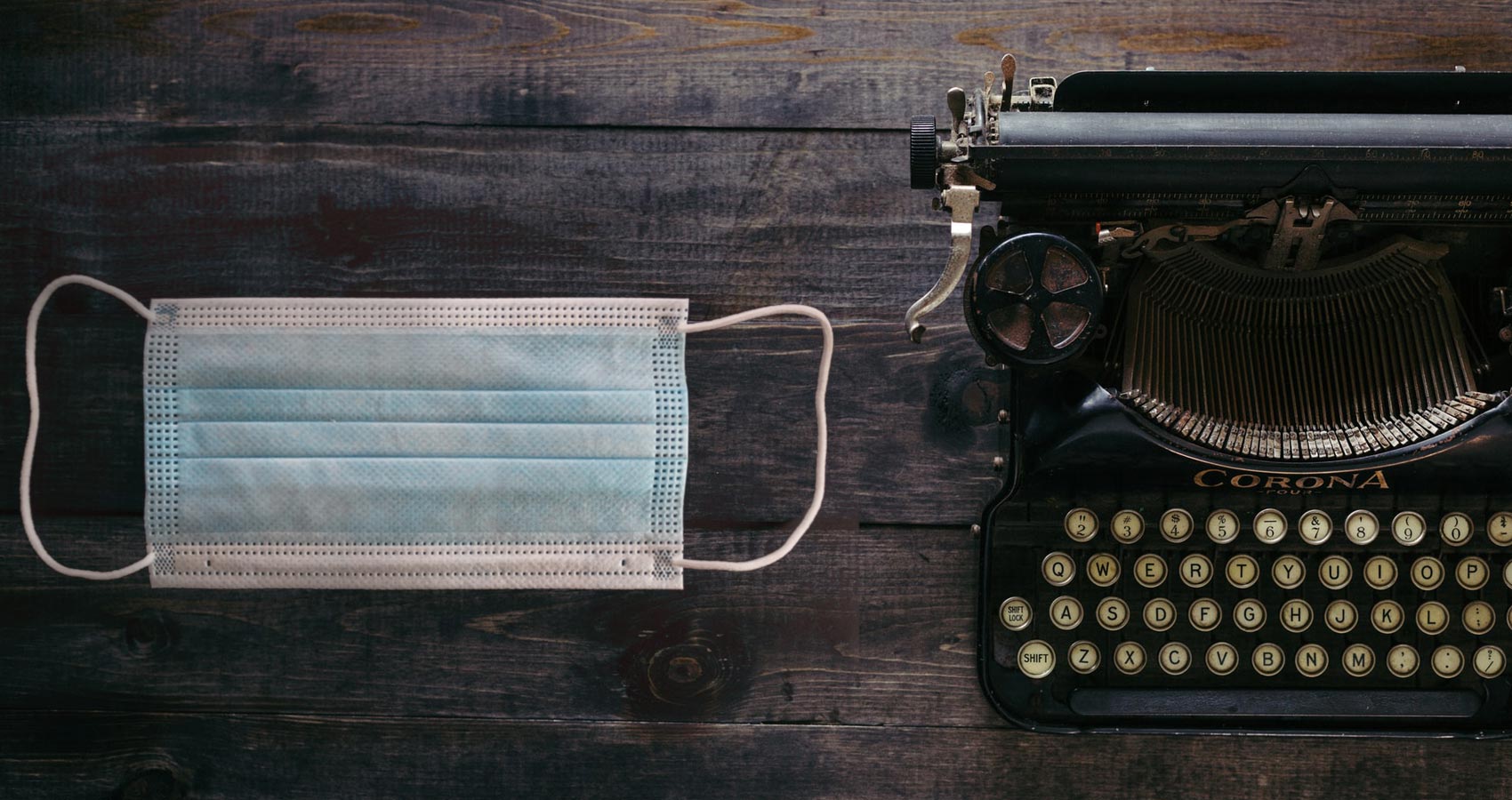 Cabin fever. “It’s a slang term for the claustrophobic reaction that can occur when people are shut in together over long periods of time.” Stephen King, The Shining (1977).

Along with the tragic loss of life, it was inevitable that the global poetry community would respond to the Covid-19 pandemic in varying ways. Predictably, a deluge of poetry quickly appeared online and in print, much of it of highly variable quality. In the rush to write something, indeed anything, poets were quick to pen what they thought needed to be said. However, in innumerable cases, what we got was an apparently clever cliché, or play on words, rather than a genuine, heart-felt response to the isolation, loss and enforced sedentary life-style. What was lacking was empathy, the emotional response lost in a sea of self-congratulatory social media back-slapping. I must admit to being a serial pandemic haiku writer, producing reams of hit and miss poems. Like Jack Torrance, suffering from cabin fever in Stanley Kubrick’s 1980 film adaptation of Stephen King’s novel, The Shining, the metaphorical axe was put straight through the metaphorical door and the creeping claustrophobia of lockdown was not subtly documented as it should have been.

King’s gothic novel encapsulated the paranoia that comes with an extended period of isolation, with an associated breakdown in mental health:

“The Overlook faced it as it had for nearly three quarters of a century, its darkened windows now bearded with snow, indifferent to the fact that it was now cut off from the world…..Inside its shell the three of them went about their early evening routine, like microbes trapped in the intestine of a monster.” The Shining (1977).

Too few poems have dealt with this issue effectively, as if lost like ghosts in the empty corridors of King’s fictional Overlook Hotel. Being marooned at home may induce a kind of cabin fever, which although not in itself a recognised medical condition, has harmful consequences for those already struggling with a mental health issue. However, a few authors have managed to effectively capture the sense of lingering melancholy which accompanies extended periods without human contact or being cocooned with the same people.

Several anthologies have been produced which capture the moment, with some high quality haiku, notably: ‘haiku behind the mask’ (ed. Margaret Dornaus) and ‘Blossom Moon’ (eds. Lee Gurga and Kelly Sauvage Angel). From the former anthology, comes a foreboding haiku which conveys a growing sense of dread:

home again—
the scent of rain
before dark

Penny Harter, ‘haiku behind the mask’

From the latter collection, with a strong mental health theme and not specifically Covid-19 focused, are numerous haiku gems including the titular poem:

off her meds
and taking out a wall
blossom moon

Schwerin’s haiku is one of the finer examples of the bipolar balance that is so easily disrupted when stabilising medication is not taken. The fits of rage which can accompany a manic phase, superbly emphasised by the second line where we imagine someone taking their frustrations out on a wall. Cabin fever may only amplify this destructive anger, which is counterbalanced against the beauty of a blossom moon.

And of course, collections from individual authors have been in abundance. Two notable examples are ‘days blur’ by Swedish poet Anna Maris (Proletaria, 2020) and ‘Pandemic Haiku’ by Robert Epstein (Middle Island Press). In both collections, a monoku captures the wonder of a rare trip outside to escape the claustrophobia:

starry sky first one then thousands

the front door shuts by itself pandemic

I feel that paranoia can be sensed in both haiku; Maris’s starry sky is overwhelming, just like the feeling of despair about the ongoing struggle with Covid-19 and the restrictions it places on our individual freedoms. It may also speak of the horrific death-toll globally. But taken literally, it’s a wonderful evocation of the vastness of the sky at night and our insignificant place in the universe.

The wabi-sabi (beauty that is imperfect, impermanent, and incomplete) that all of the haiku in this essay possess, is nothing new. Perhaps the greatest mistake that Covid poets have made is to assume that somehow lockdown and isolation are unique to the 21st century. Wabi-sabi and a deep authenticity should have been the first principles that Covid poets sought to incorporate in haiku. Maybe it is a western flaw, with the teachings of Zen temporarily forgotten in our ego-driven rush to publish as if the world awaits our wisdom on virus-related matters. The mere mention of time capsules of Covid poems assumes that someone in the future is a) going to care and b) read it. The spiritual solitude and austerity of wabi should have been our greatest aid to writing meaningful haiku, with a chance of being read by future generations.

In Basho’s wanderings, he sought beauty in the ordinary, in the deceptively simple and commonplace. Amid the ongoing worldwide crisis, we should return to our haiku roots, observe nature, and let the poem find us.

in all this shit butterflies