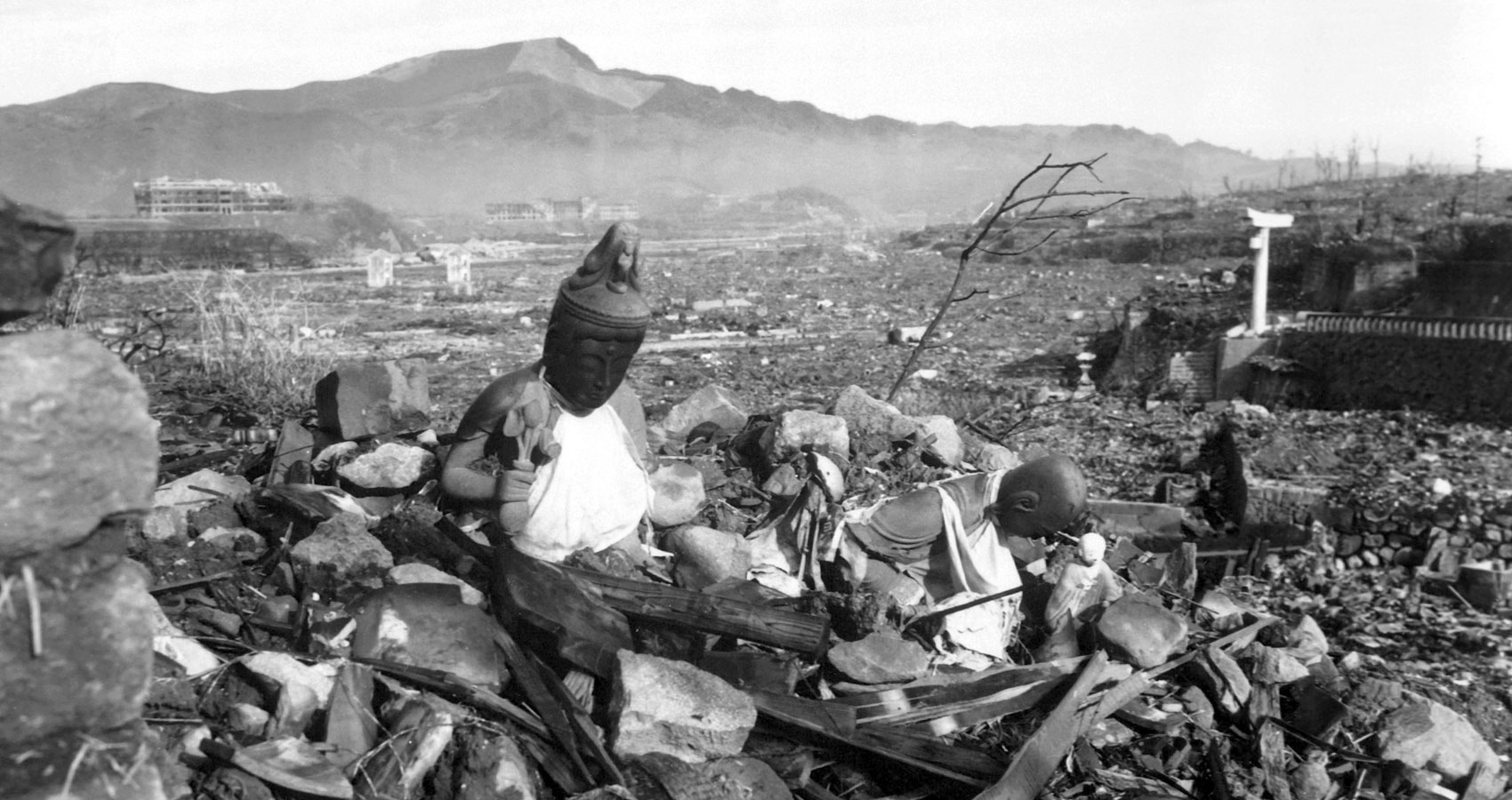 Surely politicians and scientists foresaw the future?
As busy in their bunkers they worked their trade
Mythically we tell ourselves it was Hitler who rent the veil
But surely the sanity of man has been suspect for centuries?

Creator spirit I cannot think that you will rise and repair this world
Or the Messiah will reappear to awake the masses to revolt
The future of man was sealed on that day in nineteen forty five
Not in my lifetime, but, man that day had plotted his demise