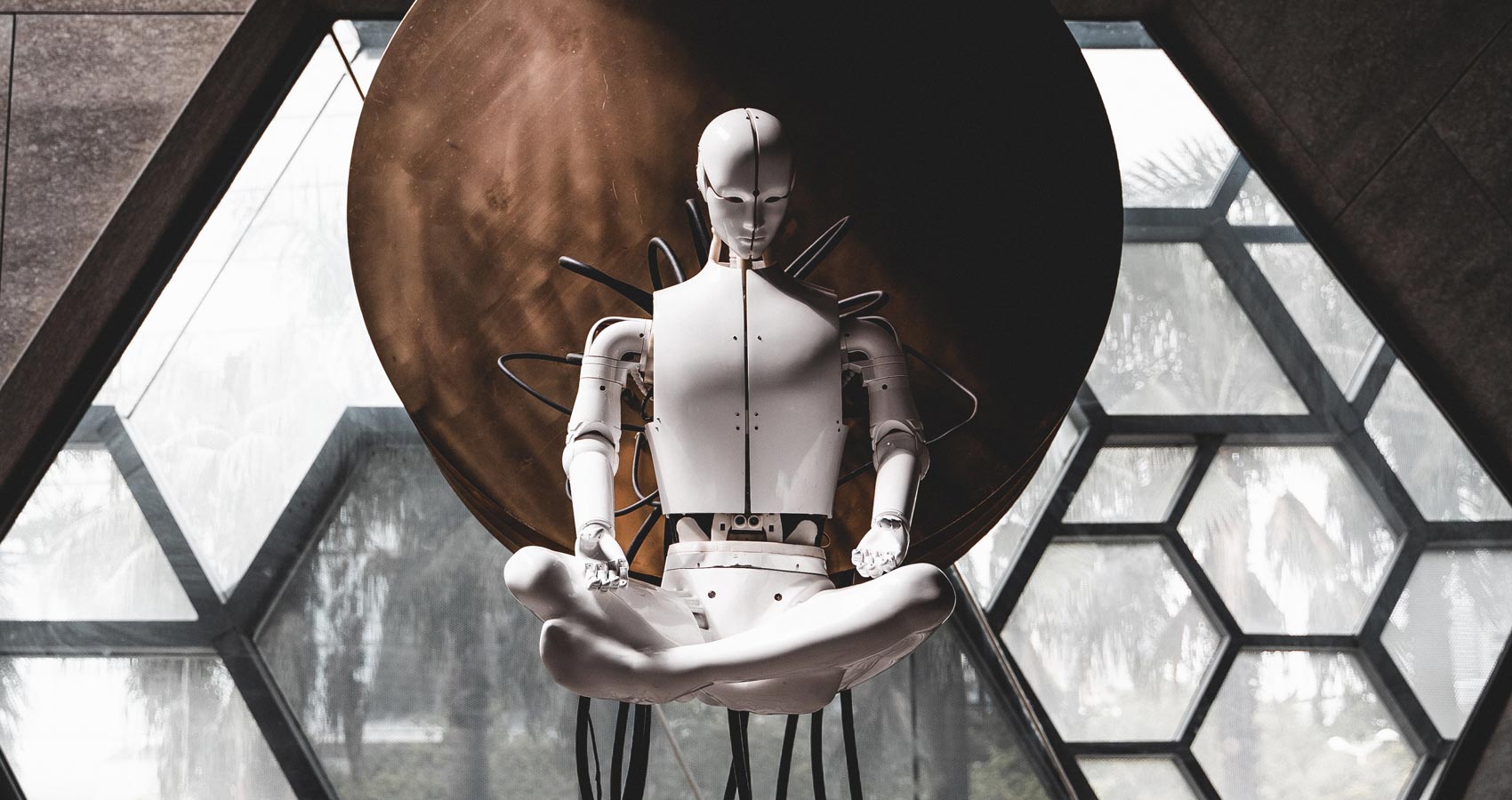 House of Humans, Robots and Bionics

House of Humans, Robots and Bionics

“Run Titi, run!” I could hear my father’s voice resonate from way over the woods as he scampered between the high shrubs and unnameable weeds. This wasn’t the first time the robots had had him; he had been caught and taken to their mech-dome to be experimented and tested on before, and that made him lose an eye. Now, his voice was gradually dying out and I had prepared for this part, he had prepared me for when the robots had him again…all I had to do was one thing. And that was what I knew how to do since we came to the U.S of A. We were a migratory family from way over Africa, Nigeria to be precise, and running, had always been our forte and survival pack.

It’s almost as if you have been here before. That unfamiliar realm transcends one from the surreal to the ethereal. You seem to have done everything you were told to do; lace up your shoes, smoke when you feel numb, shout when you feel unheard, but for that little detail—don’t cry. You are not trying to, but why do you still feel this way? Why is your heart this heavy? Why are you sad and forlorn? Is it because the drive from Quantico with your father had turned to a monumental disaster? What were you to tell the Herd back in the ship? That father was dead because of your insolence. Or because you were greedy and wanted more than you could ask for? You hide amongst the peat moss and cover your body with mud. Your father always told you to do this because it altered the robots’ radio frequency when they tried to zoom out humans from their hiding positions. They were close now, really close and you could feel your heart thump tempestuously like it would fall out of your mouth. The zwooonging and shhsshhing of their radio antennas were becoming too unbearable for you, and you were feeling bilious and nauseated. All of this was because you wanted to see the sunset and you had cajoled your father into taking you to the mountains, where the robots were domiciled. They had pushed one-third of the aboriginal inhabitants of Virginia into an abandoned space ship which the robots used in navigating their way into the town. The people were flung and scattered in three tiers: the Herd, to which you and your father belonged that occupied the spaceship; the Fangs, who occupied the extreme end of the riverside and the Pivots; amongst the three tiers, the Pivots were the most hapless and unfortunate because they occupied the rocky portion, besides where the robots did their research and testing. They killed the Pivots more and made bionics out of them, in turn, these bionics were cloned as humans and blended into the tiers to recruit more humans for the robots. It was war. War against humans, robots and bionics.

The Herds were beginning to look worried. It had been hours now, and Titi and her father hadn’t come back from the mountains. Did they get to the mountains? Were they killed along the way? What had happened to them? Besides, the people were worried about food. They were low on supplies and the only hope they had was Titi’s father, Kola. He was the bravest and most skilled when it got to the art of survival and mobilised some group of hunters who went to the depths of the woods to find animals. Maybe it was routine, because by now, the White folks amongst them had discovered that he and his family were illegal immigrants who squeezed their way into the US to find greener pastures, and now, they were gone.
“This is your fault Ms. McGonagall!” Bellowed a voice from the crowd. “If you had just shut up your damn mouth about the girl going to the mountains to see the fucking sunset with her dad, maybe we would have gotten supper now.” The crowd and little children were beginning to howl and whine now. Some saw reason in what Frede said, while others asked for patience.
“In my defense, I think Kola also has an obligation to his daughter, too. He doesn’t have to bear the weight of the Herd all by himself you know?” Came McGonagall with her Irish accent. It was beginning to be a brawl now, as Frede wasn’t showing any mercy.
“Fine! I will take the baton and lead us out of here,” he said authoritatively. “You, you and you, follow me. We are going hunting!” He scowled at some skinny teenagers who refused immediately. This got Frede really mad and he charged forward to get them, the people were scared now and there was a lot of noise and commotion. He tried to hit one of them with his makeshift club, the former grabbed him by the neck and lifted his feet off the ground. He held him like that, while Frede wriggled to be free from his grasp. There was pandemonium as the people screamed and begged the teenager to let Frede be. This only increased his tempo and vigour, that he effortlessly popped Frede’s head from his body with his bare hands and this sent blood and innards from his detached body splashing and fizzling among the faces and bodies of the people. The people ran at the sight of this and there was a lot of screaming and shoving, someone stepped on what seemed to be like Frede’s brain while running and he slid uneasily to the floor, as he tried getting up, something that look like a hot beam of light flashed across his waist and that sent his waist falling from the upper region of his body. He had been shot with a laser. It all became clear. There was a bionic in the house!

Prosper Ifeanyi is a Nigerian writer. His works are featured/forthcoming in Lothlorien Poetry Journal, Afrocritik, Salamander Ink Magazine, Kalahari Review, Nantygreens, Bluepepper, Terror House Press, Aôthen Magazine and elsewhere. He is the founder and Editor-in-Chief of OneBlackBoyLikeThat Review, an independent literary magazine which curates works of art and literary oeuvres around the world.