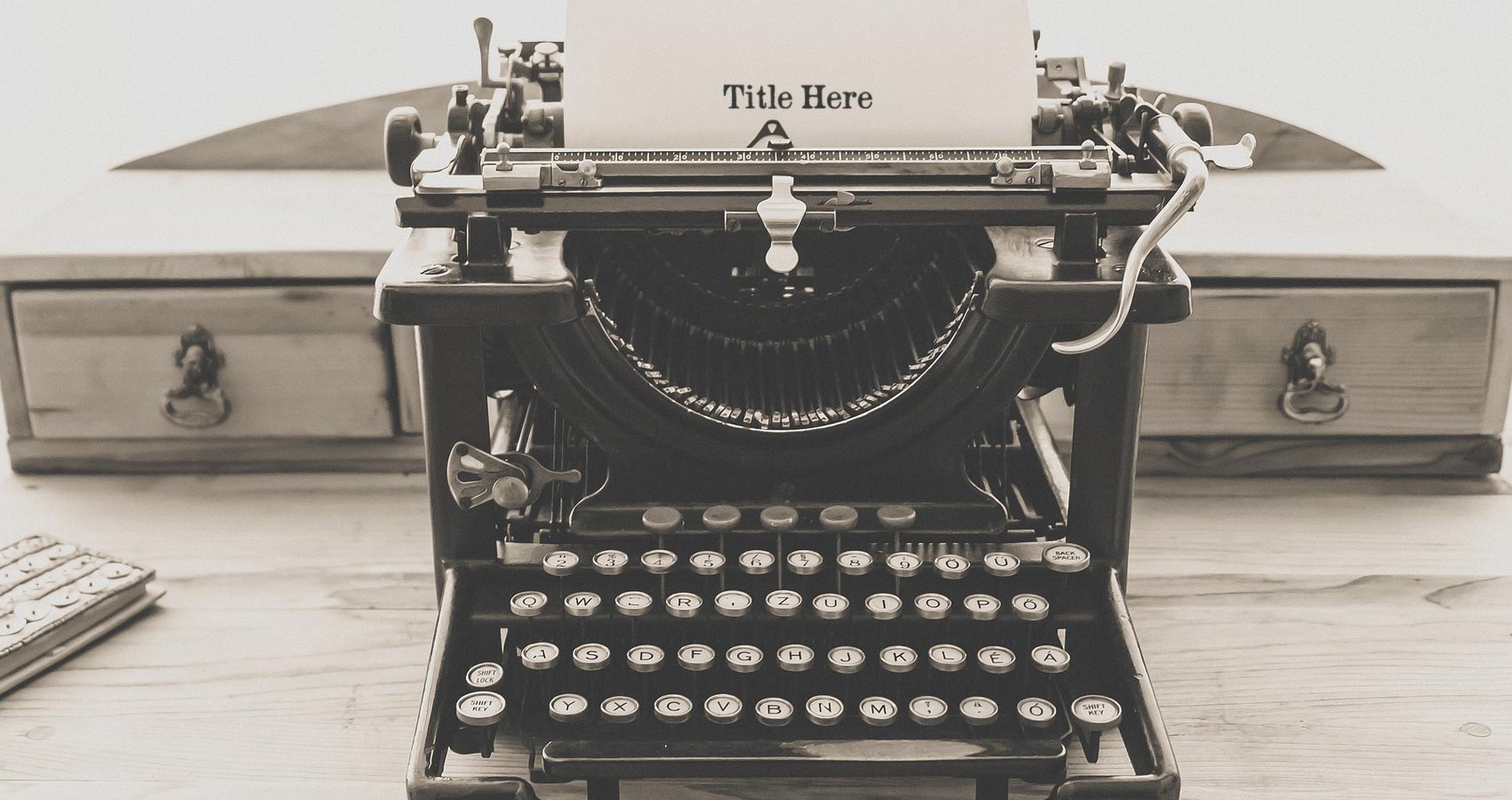 How important is a title to a piece?

How important is a title to a piece?

Spillwords’ question of the month for April 2021 is “How important is a title to a piece?” I often mull that over. On December 12, 2020, poet Tzynya L. Pinchback shared a link on Facebook to Voices of Poetry: a Guernica interview with poet Danez Smith by Ben Purkert dated December 3, 2020. In part, the Q&A was about titles. Ben prefaced the article with this:

“Poems and titles have a complicated relationship. Often the poem needs to be written before the right title reveals itself. But sometimes the title arrives first and must wait for the poem—and the poet—to catch up.”

I posted my thoughts in reply. After saving them, I added this title, tongue-in-cheek, for my records:
Titalitarianism: The Oppressive Enforcement Demanding All Writing be Titled

After considering Spillwords’ question of the month, I decided to expand and share my earlier thoughts.

My writing is mostly light, rhymed verse and, for better or worse, I title nearly everything I write. Sometimes a title inspires the poem; sometimes it’s a result of the writing; more often it’s a starting point that gets modified by the ending. My titles usually serve as an introduction. They also may provide context to help clarify the text. My titles are also handles which help me remember what I’ve written. Many are short, such as “Dad,” but some are over one hundred characters, like “The True Tale of a Bear With a Bucket, or Davy Crockett’s Trustworthy Tale of an Extraordinary Encounter With a Bear with a Bucket Who Hails from Nantucket” and “What the Tortoise Knew About the Rabbit’s Four Unlucky Feet or A Limerick Where the Word Count of Title and Subtitle is as long as the Verse” (the poem and title were both written as 140-character tweets).

Very often, we remember a poem or story or book by the first line. For example:

“They were the best of times …” is the opening phrase for Charles Dickens’ “A Tale of Two Cities.”
“Call Me Ishmael” is the opening sentence for Herman Melville’s “Moby Dick.”
“It was a dark and stormy night …” is probably best-known today as the start of a never-finished story by the remarkable dog Snoopy in Charles Schulz’s comic series “Peanuts,”—but it’s actually the opening of an 1830 novel by Edward George Earle Lytton Bulwer-Lytton, 1st Baron Lytton (it only seems right to include his title here), “Paul Clifford,” which begins with a 58-word sentence that is often mocked and parodied. (For comparison, the sentence you just read has 71 words. And to give Edward due credit, he also coined many well-known phrases such as “pursuit of the almighty dollar” and “the pen is mightier than the sword.”)

Some poetry anthologies list works by their title, first line, and last line. I think most of us use a title to identify literary works (including plays, and many other things such as music, musicals, and artwork, not to mention people). Sometimes we’ll refer to a work as “the story about Ahab and the whale,” or “the book that starts, ‘It was a dark and stormy night,’” or “the poem that ends, ‘Good fences make good neighbors,’” or “the poem with the phrase, ‘of mice and men,’” but, when known, we’ll use the title. Of course, we don’t always remember titles, so these dialogs come in handy.

Titles, though, are like pictures in a book. Even the best illustration might redirect your thoughts from other imaginations. In the same way, a title might predispose a reader’s thoughts before the first words are read, possibly obscuring paths he might otherwise have taken.

I’ve written various apologies for myself about using titles. Here are a couple:

Some poems aren’t given a title,
but I feel that a title is vital.
They’re precursor views
wafting myst’rious clues
which is why I think those who write right’ll.

A
fib
needs a
title ’cause
those written right’ll
entitle full due sans faux pas.

These thoughts are merely my own ponderings about titles. If you take them as advice, I suggest you do like I do with my advice—don’t take it far.