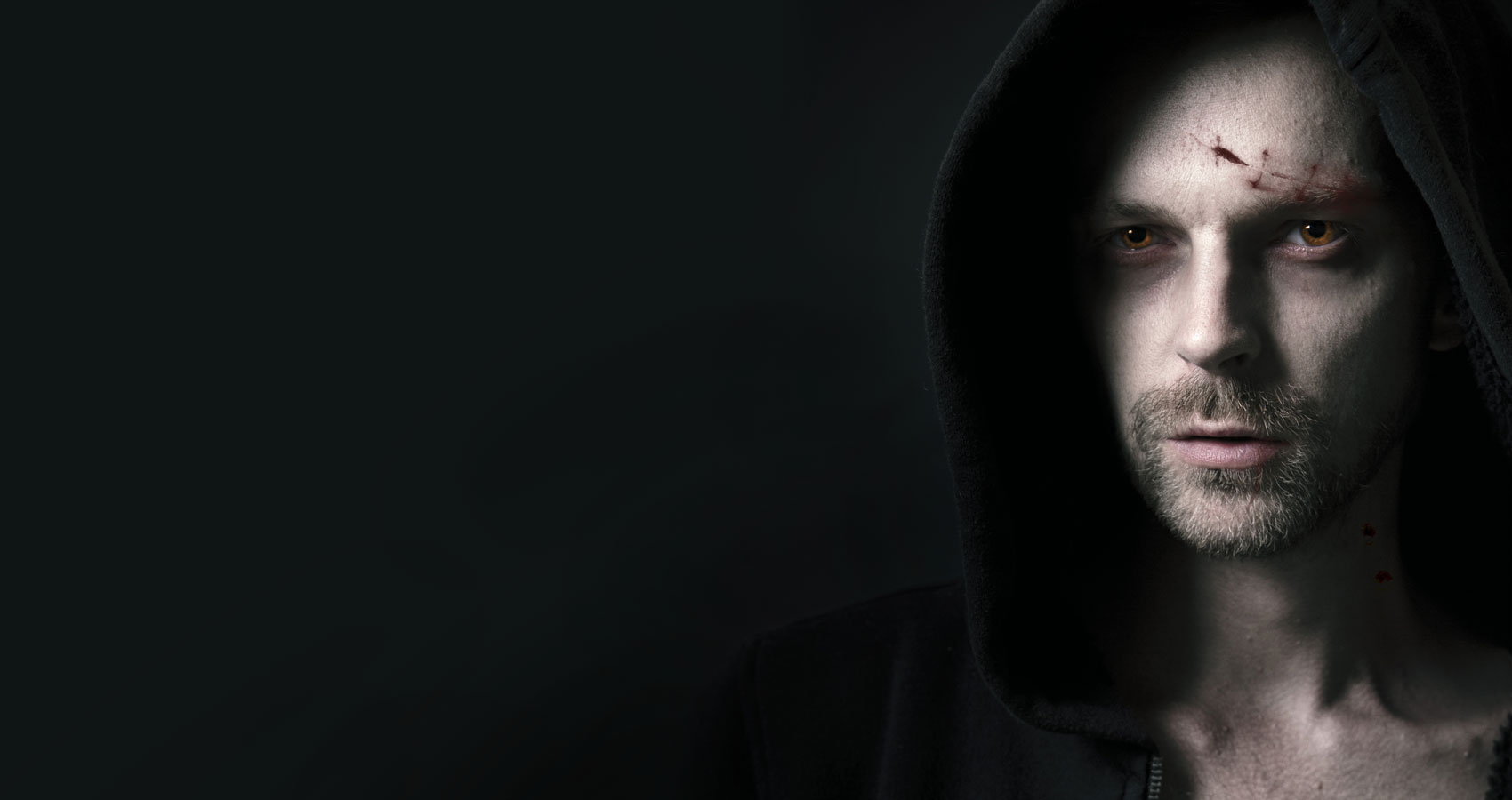 I Woke A Vampire

I Woke A Vampire

My throat is so sore in an odd way. Wait! It’s not my throat; it’s my neck. It’s oddly swollen. Purple dawn skies say it’s too early, yet I stumble out of bed, feeling the effects of the worst hangover of my life. Even my eyes ache. What did I do last night?

As I rinse my face, I begin to recall a sexy writer picking me up at a signature bar. What was her name? Got it, Sangui! Such a sexy vamp, she was irresistible. A flurry of images parades through my mind in triple time. When I can see myself in my mirror, foggy as it is, I see horribly red and squinty eyes. The swelling at the base of my neck has two vulcan punctures that are neither bleeding nor healed.

The bar, the strong drinks, her intoxicating kisses, the back alley, my bed, I see them all now. Out of control with hunger for her, I see all the lusty, kinky things we did. Is that really me? She’s licking, nibbling me all over and I respond with steeled arousal. Ultimately, she settles on my neck with sharp teeth and a diabolic grin. The itch, the light-headed satisfaction, the bliss of her bite. Yes! I remember it all now and I can’t help but smile.

That initial pain stung then felt so enlightening, so empowering. Where did she go? When did she vanish? It feels as if I’ve slept an entire week. I need her, crave her. Patient, my ass!

When I rushed to the window and threw open the half-drawn drapes to look for her, I screamed in pain. My skin began to fume in dawn’s firestorm before I could close the drapes. Was she truly a vamp, a blood sucking one? Am I now one? Sol fuming my skin is convincing, as are these suddenly sharp teeth.

Back in the dark, I feel powerful, yet so very hungry. My pulse tattooing my skin has a sudden lusty appeal. If I am a vampire now, how am I to live? How long? A body-wide hunger pushes against those questions and I wonder how my homely, recluse neighbor will taste tonight. What?

What am I to do until sundown? Perhaps a snack will appease me. Eggs, bacon, salad — disgusting! How did I ever stomach this? To the trash, but wait, I see raw, bloody steak. I can squeeze the blood out and eat the flesh — ugh! Trash. I crave warm, fresh blood. Isn’t there a blood bag on the top floor who works nights? No one will miss him before Monday night. That’s my answer — NO! He’s not just a blood bag; he’s a human! What have I become?

After dark, I’ll find Sangui again to further my education in hunting. We’ll celebrate, en lit, my first day as a vampire.