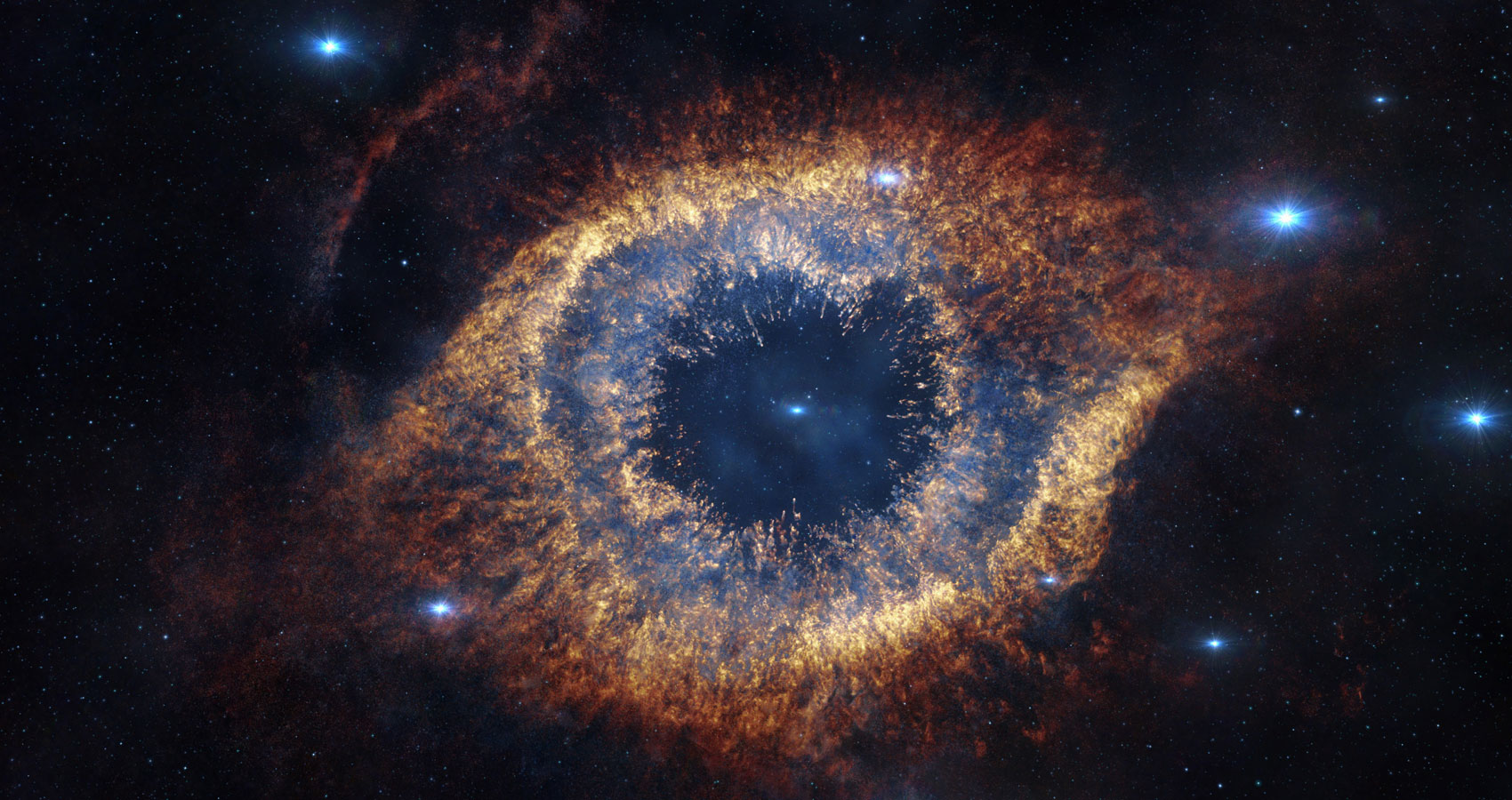 When ancient Greeks dwelt upon notions
Of matter and its nature, formulating philosophies
Of physics to grasp and get a glimpse at the Universe,
A single common inspired idea, bound them all in reflection:

‘Nothing comes into existence from nothing’.

There had to be eternal surviving basic elements unable
To be created or destroyed, continuously mutating to underline
Apparent change, while composing all that ever was, is
And will be. Omnificent and omnipresent in a godly manner.

Notes on the elegant musical score
Orchestrating the Universe, its dance and its laws.
Indivisible, matter reduced to its core
Permeating space and everything within.

This basic notion twirls in my head
Pervading my being with the awareness of its substance:
I am part of all that exists and with it,
I share my essence.

A consequent conscious feeling of unity
With the Universe, all that exists and the humankind.
A sense of inevitable peace,
While accepting to be a part of it all.

Harmonic realisation that combined we are
Nothing more and nothing less
Than the Universe becoming aware
Of Itself.