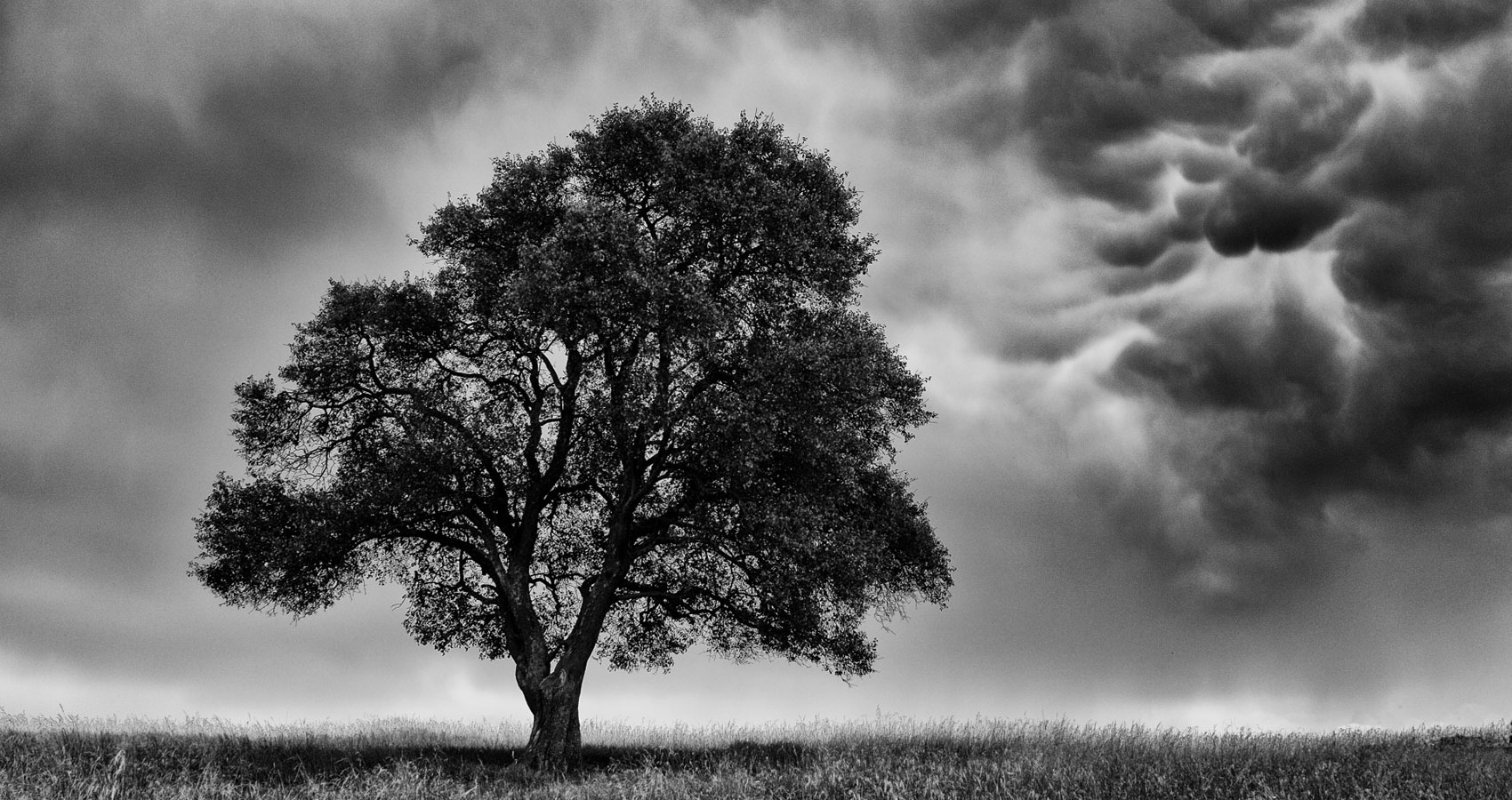 Of terrible storms that broke through the town
Strangling, uprooting trees, slicing away
Homes, a gurgling pulsating fury of air and rain
That lasted four days. Unremitting,
It brought huge waves in its wake
From the tormented sea. All along the assaulted
Coast people choked and drowned,
Their corpses tipped
Onto beaches huddled between ravaged furniture
And drying plastic shopping bags,
Swollen limbs nibbled at by fish and crabs,
And scattered throughout the streets
Picked at by dogs,
A feast that set them up
For the coming cold weather. Fleeing birds
Squalling overhead in clamorous flocks, plucked
From the sky and shattered on rocks;
The cats had a field day until
Becoming engulfed too in marauding waves
Deluging the land. Foxes screamed from the hopeless
Shelter of water saturated dens;
Only jagged ruins remained,
Futile gestures to a once-only god.
Towns inland were wrecked by the hurricane bursts
And all fell silent as the storm
Fled like a Viking raider back into the sea, dragging its
Spoils.