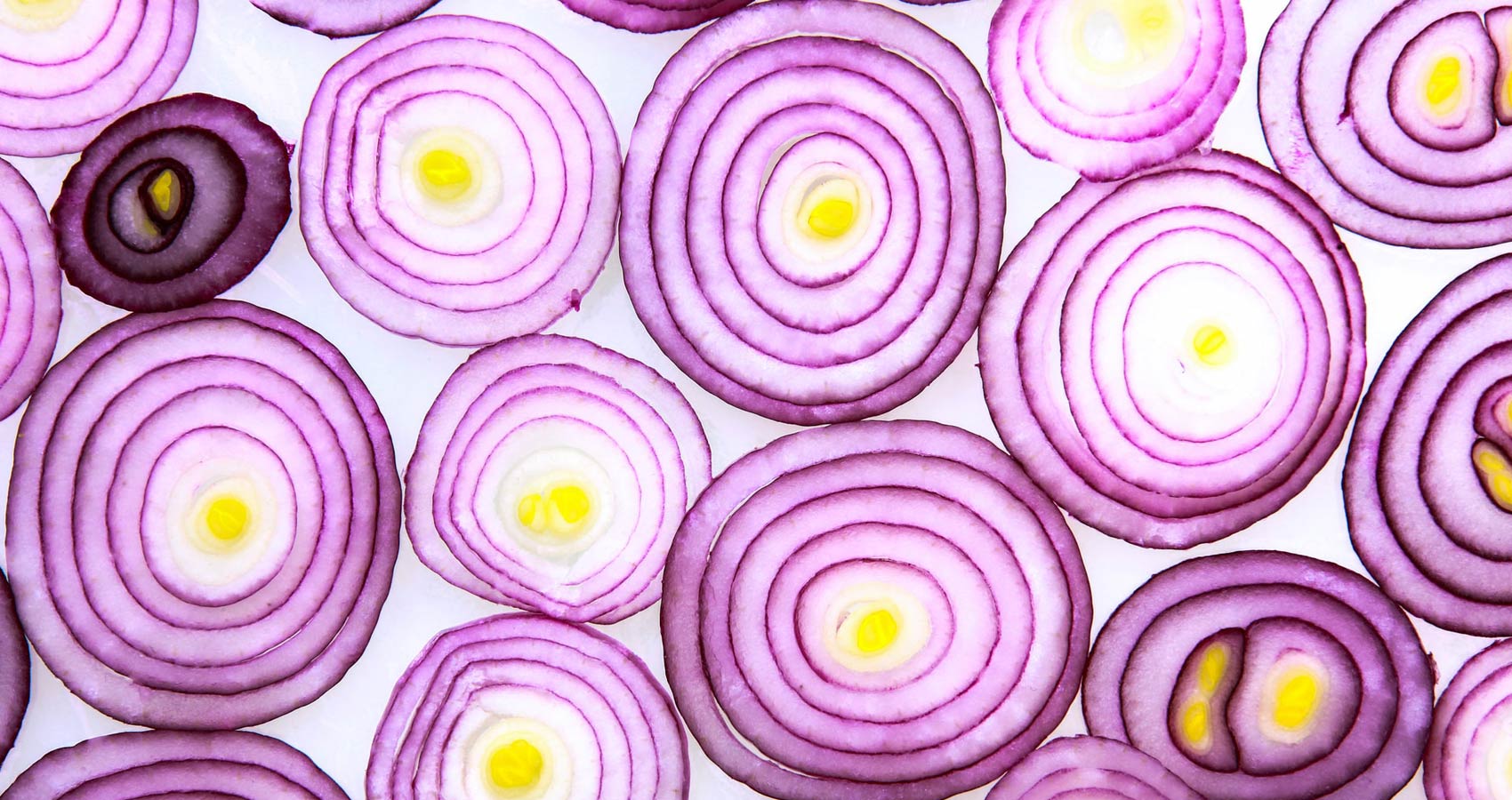 At Sri Aurobindo’s Ashram
in Pondicherry, devotees served them
in piles with fresh lime

and by default, the woman in the garden
methodically scraping them against
her razor-edged, lyre-shaped instrument.

We’ve owned the tool for years;
like the dulcimer I craved and secured
this past December, I’ve never touched it.

should be shaved paper thin.
The first few passes result in
mangled pulp. Do it, he commands

from the side like this: fast, hard.
He often claims, I’m not like your father.
But he is, which is likely why

I married him. They both always know best.
I angle the tool at forty-five degrees (not adjacent)
to align with my rheumatic wrist.

Because I don’t listen. I re-imagine
the angelic woman practicing Dharma
by volunteering her time.

Her long dark hair hanging
across her shoulder like a wing
her fluid, rhythmic motion like easy flight.

With even pressure and all the grace I can muster
I slide the onion in gentle measured runs and watch
translucent purple rings swirl to the counter.