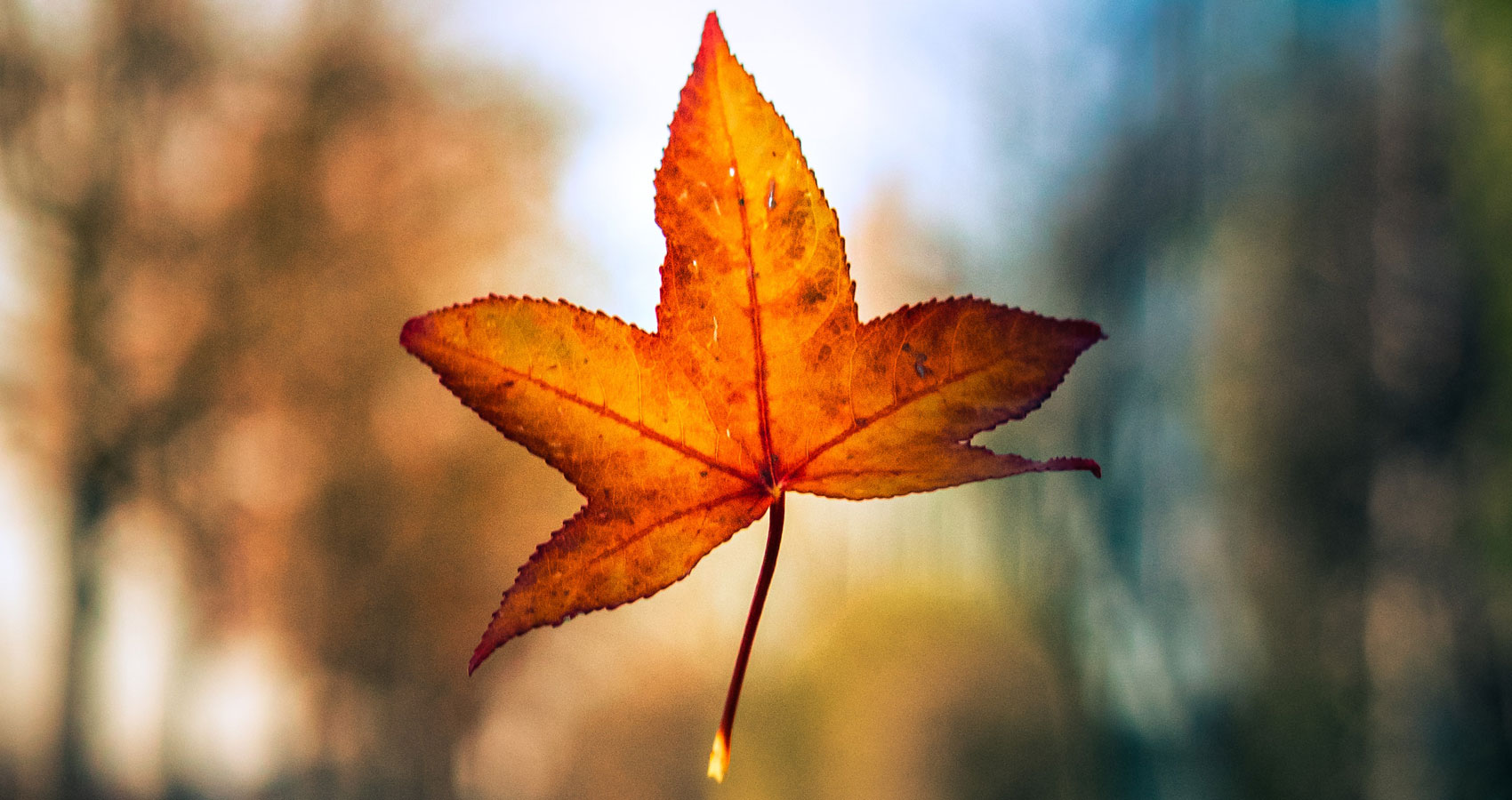 Budding and growing in early Spring,
shaping, then becoming colors of green.
Rustling and holding tight,
cooling, then shading in the sunlight.
Changing and turning brown in the Fall,
floating, then bouncing like a ball.
Rolling and sailing in the wind,
rising, then gliding once again.
Twirling and dancing in the air,
landing, then resting somewhere.
Understanding and loving being a leaf,
Accepting, then knowing life is brief.