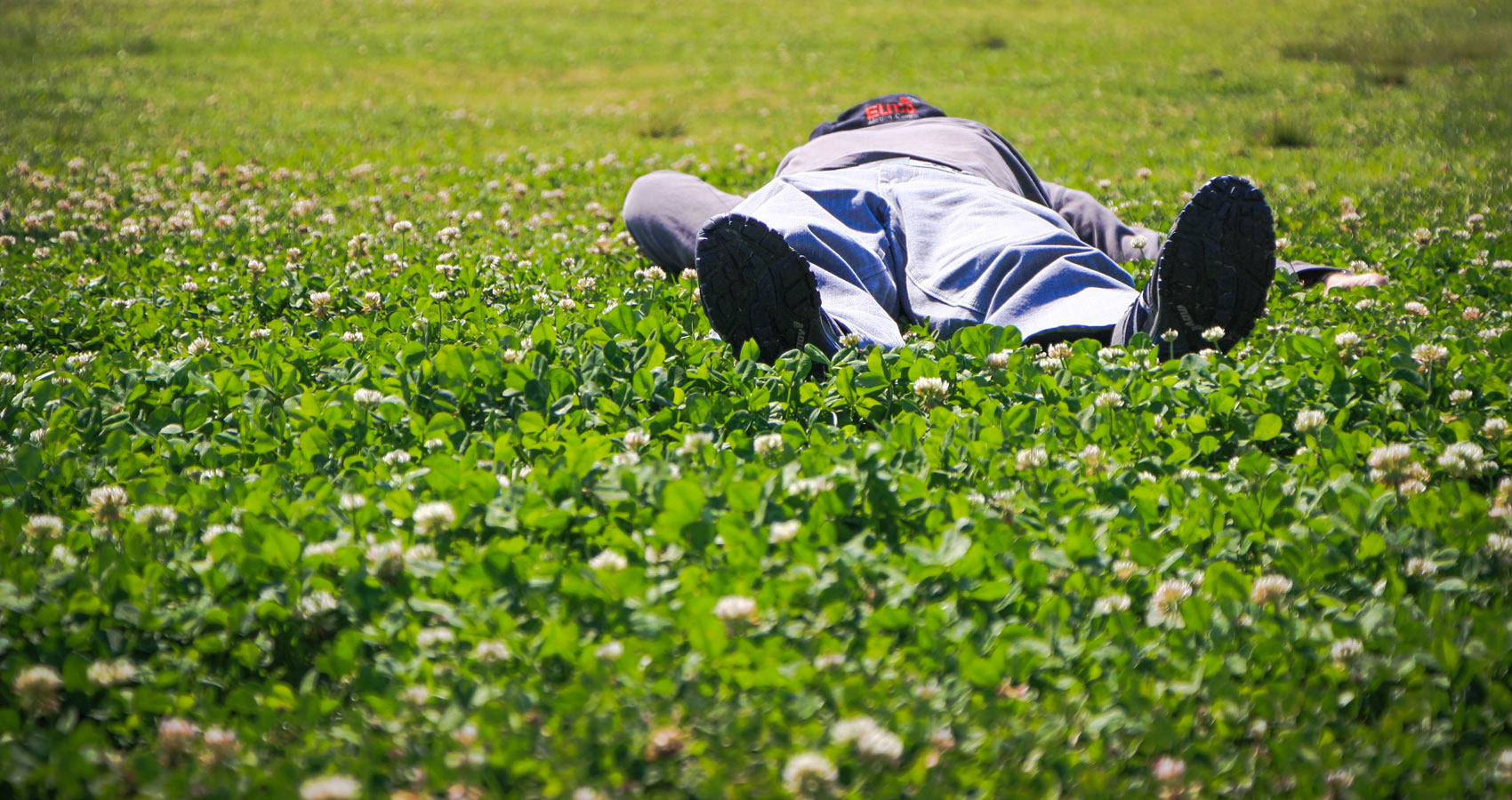 The patio was a mess of sandwiches, Victoria sponge wedges, sausage rolls, potato crisps, broken glasses and bottles, leaking cans of beer and cola. In shock and disbelief, we stood looking up. The sky was like the opening of The Simpsons cartoon show, clouds moving in slow motion. Then we looked down at the body on the lawn. It had landed with an epic thud from out of the blue. The al fresco lunch had been upended by the four of us as we leapt out of our garden chairs. We were frozen, all of us rigid and staring until Colin shook his head, took out his phone and called the police.
We circled the corpse. It was face down but it looked male and, unsurprisingly, lifeless. We discussed whether or not to turn it over, but no one had the nerve.
‘We shouldn’t touch it,’ said Alice, Colin’s wife. ‘CSI and all that.’
My wife, Gemma, looked pale and unwell. She was on the verge of tears. She screamed. I grabbed hold of her and we hugged until she calmed down. Colin and Alice held hands tightly. We sat again and waited for the police, not once taking our eyes off the body.
‘A proper gate crasher,’ said Colin, attempting a joke. None of us laughed.
A siren sounded in the distance, increasing in volume as it approached the house. I guided the two police officers to the back garden. There was no need to point to the problem. One officer knelt to examine it. He whispered something to his colleague and she stepped away to radio a message. The kneeling officer suggested we go inside as he was going to turn the body over and didn’t want us to see it. Colin, Alice and Gemma took the advice. I opted to stay outside.
As expected, the man’s face was flattened and bloody. I rocked back and forth and felt an uncontrollable urge to vomit. I decided to join the others inside.
Before long, a scenes of crime team and medics were photographing, taking notes, discussing possibilities. One of the police officers asked that we each write a statement about what we saw and heard. We were asked if we needed counselling. We all agreed we were fine for the moment but that we might when the full horror of the incident sank in.
After a couple of hours, the corpse was stretchered away in a body bag and the crime team, medics and police officers left. I poured each of us a large whiskey. We took our drinks outside and walked to where the man had landed. At some point, we would find out who he was and how and why he fell from the sky.
We clinked glasses, raised a toast to this unexpected stranger, drank the whiskey in one, knowing we would never forget the man, even after the lawn had repaired itself and erased his perfect imprint.