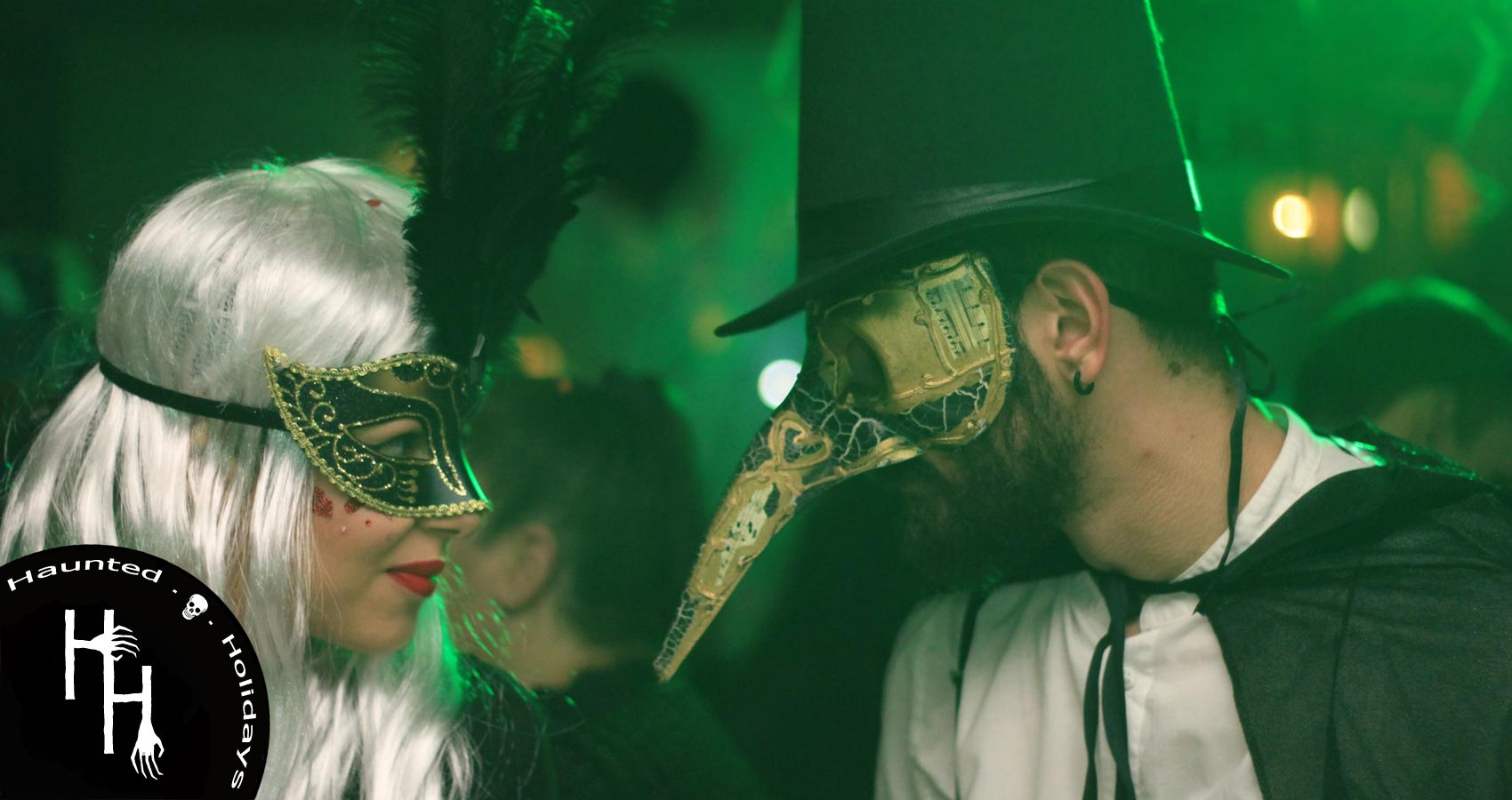 Varmint skulls, rodents, two-headed calves, anomalous
freaks, and gargantuan beasts once nearly extinct
stuffed with sawdust and mounted by spikes
to the ceiling blindly overlook the whole affair
where a hideously Grim Reaper jitterbugs
in black beret and regulation camouflage
(though we all guess who he was)
with his current partner, a pasty corpse bride
of generic origin, cuffed to his left wrist
occasionally rising to blot perspiration

from his bony brow. The Pope
habitually crossing himself, passes out-
side with an entourage of nubile nuns in black
crushed-velvet miniskirts averting eyes
from the crowd schooled at the window
waving, cheering, mouthing
Bless us, O Father, for we
continue to sin; sad, contaminated fish
in our amber smoke-filled aquarium.
Culpa Eorum.
Culpa Eorum.

Then, Jesus (from-the-upper-room) Christ
appears on parade sporting Vaurnets
and a king-sized percale sheet dragging
His hanging tree and greets the crowd’s
applause like Homecoming Queen.
He props the ladder against the doorframe
so that none can exit there without
seven years bad luck, and Judas and Peter
lend Him a leg up where he hangs out
snapping His fingers and bobbing His head
like a spineless blind piano player
keeping time for the Black Leather Band

while gruesome costumed twosomes circle
in ecstatic agony beneath the hanging tree
and the surveillance of once deadly now dead
beasts, each dancer leading with the left
each right foot nailed to the floor
inside the amber wave
inside the faint rose glow of Feeee-ver!
Fever when you hoooold me tight!
FEVER!