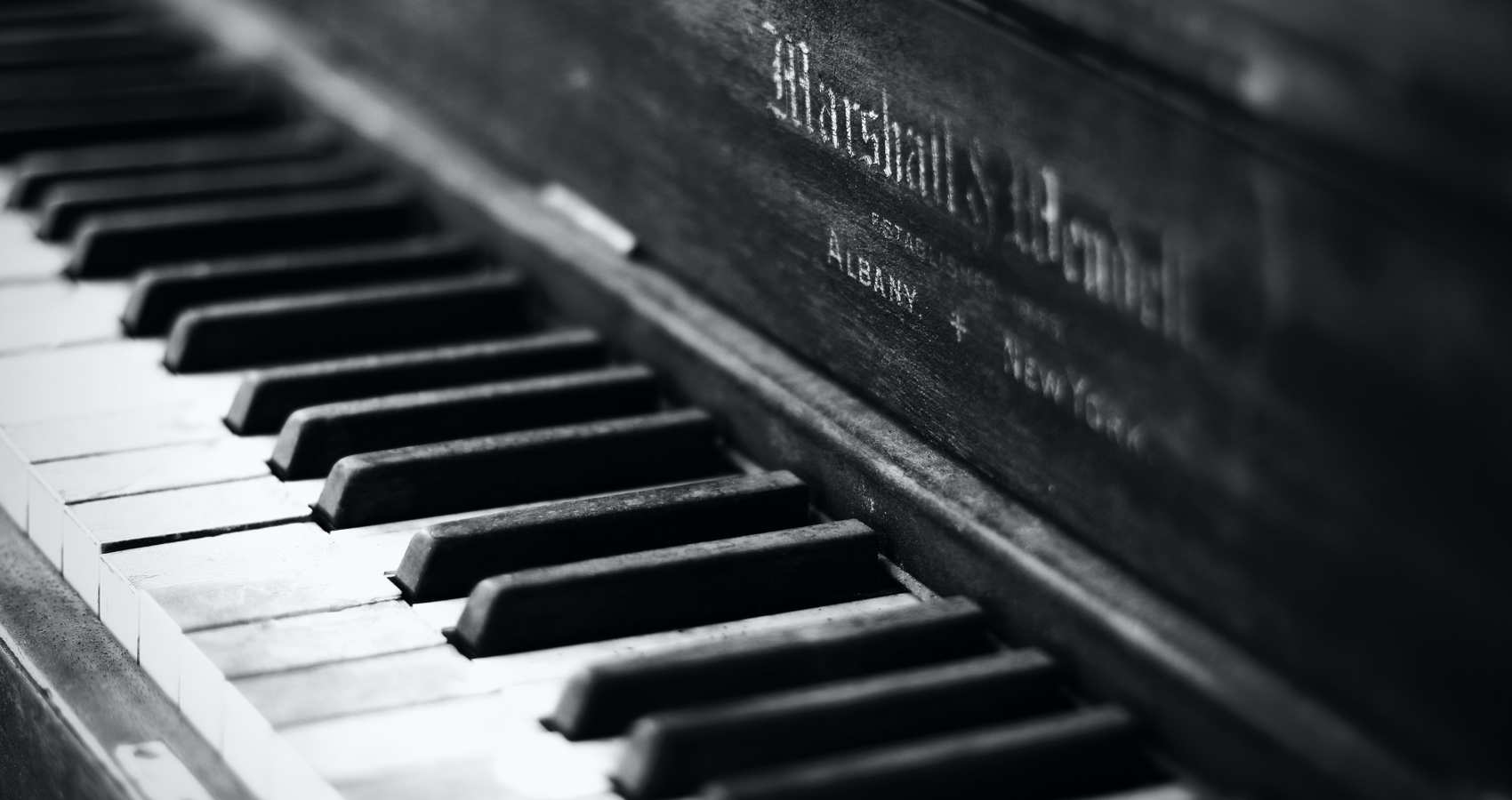 Mahogany, quieted
and waiting.
We lifted the front panel
of Nan’s piano out.

Its dust – sticky with age-
cracking against lacquered wood.
Its notes resting on felt-
runners poised on a starting block-

with the blood of a different world.
Of a war when Nan played piano in pubs
and working men’s clubs, singing
in London between the sirens.

That was before the x-ray of her lung
became vague of breath and sported
cavities; dark holes shown eating
and eating at youth’s tissue.

VE day sang its victory
in the TB sanatorium
where she spent the last year
of the war breathing, recovering the dust

of herself from the dust of the blitz
where her angora jumper, brand new
and completely insignificant, blazed
on the washing line burning itself to memory.

The scar the surgeon’s scalpel left on her back
was crescent shaped and puckered,
knitted together like everything from then.
Make Do and Mend as with music.

Damaged, surviving, the piano stands
It’s sinewed singing now as my daughter plays
and with each octave stretch to a chord
I hear the piano wonder Nan’s music.