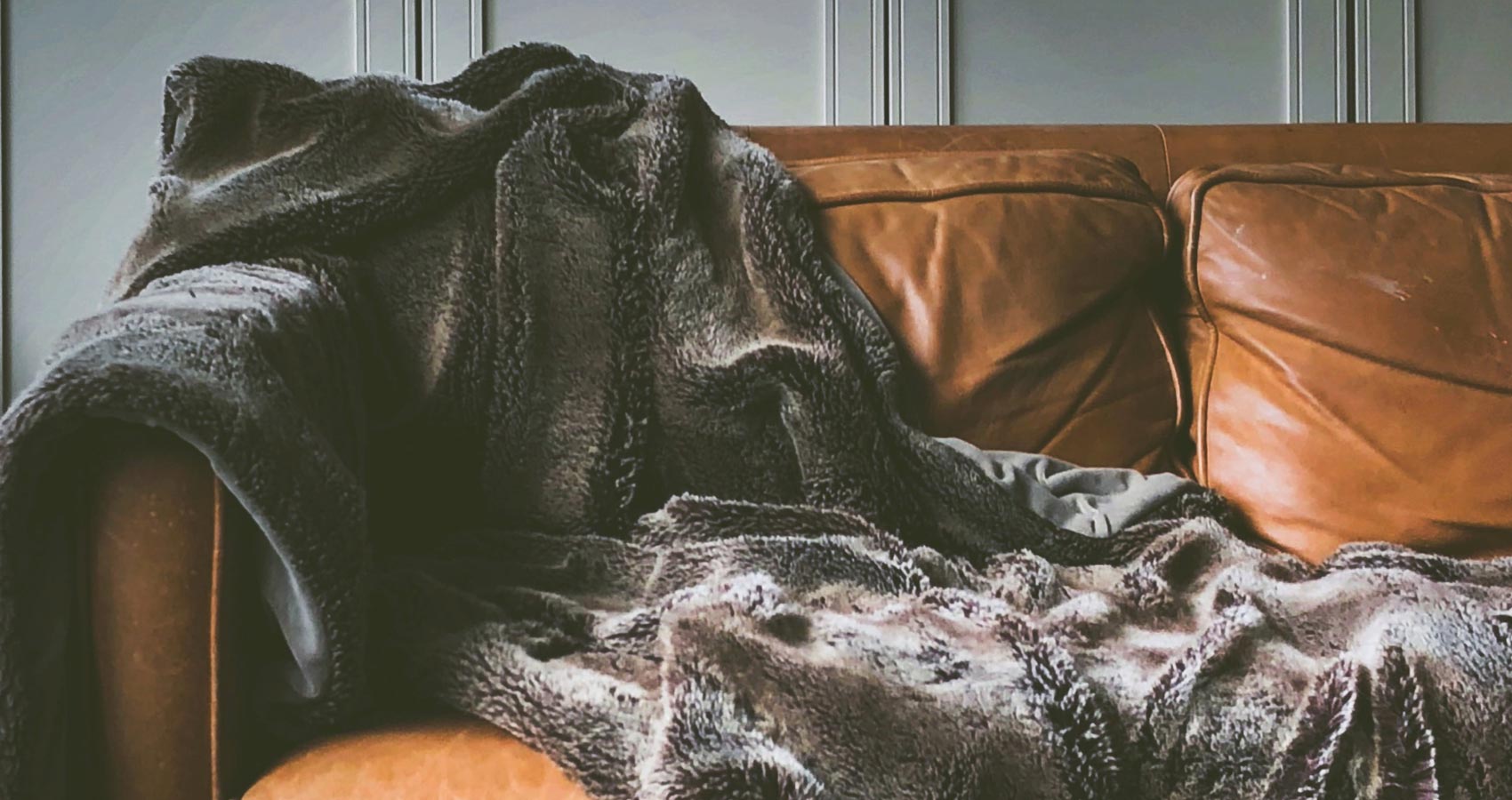 When the feedback I owe you feels overdue, I cozy myself up on the couch with a throw blanket and pore over the manuscript of your in-progress novel. I soon find that the chapters are littered with the protagonist’s affection toward a coworker who bears a strong resemblance to the coworker you often mention. The throb of yearning pulses through the narration so persistently that it must be autobiographical.

Over coffee in our usual café, you address this element of the story unconvincingly, claiming that the protagonist’s emotions are all fictitious—a product of literary license taken with your life’s circumstances for the sake of the story, to develop character and plot. Which would be fine, if that were actually the case. In the novel’s current form though, the romantic attraction contributes to neither character nor plot, not in any meaningful way.

At best, it’s an intriguing subplot. But often, the protagonist’s crush is a distraction from the focus on the relationship—more specifically, the tension—between the protagonist and the AI life advisor assigned to him (nicely portrayed as a constant voice of conscience that speaks gently through bone-conduction audio tech in his standard-issue smartglasses). The crush seems out of place in its stark juxtaposition to clashes between the AI’s guidance (premised on objective information) and the protagonist’s modus operandi (driven, of course, by emotions, habits and cognitive biases). Since the protagonist doesn’t confide his romantic feelings to the AI, there is nothing of the crush that the AI can respond to; ae (your pronoun for this AI entity still inexplicably delighting me) is designed to only advise on emotional states that are “manifesting” (exerting sway over decision making and behavior), and this ensures that so long as it goes unacted upon and unmentioned, the attraction will stay separate from the novel’s dramatic core of two dissimilar intellects sparring—at most, furnishing one of them with additional dimensionality.

But it seems too early on in your creative process to get into any of this. So for the remainder of our time together at the little table in this sunlit corner, I inquire only about innocuous aspects of the novel. How did you come up with the idea of an AI life advisor? Are the characters so accustomed to their smartglasses that they feel strange when seeing the world without informational overlays, or do they find it refreshing to take off their glasses and have an unaltered visual field?

That night, I read another chapter before bed, and it convinces me that the novel would be more compelling—engrossing, even—if there were some interplay between the workplace crush and the AI life advisor. This seems the logical (if not inevitable) direction the story should ultimately take. If, as your text implies, the AI pulls data from sensors built into the protagonist’s smartglasses (tech that tracks eye movement, samples ambient sound, monitors heart rate, etc.) then ae must “notice” signs of the attraction in the protagonist’s behavior around this particular coworker. Once “aware” of it, the AI could then use aer knowledge of human psychology to harness the attraction as a means of motivating beneficial behaviors—say, by suggesting exercises to tone particular muscle groups as a way to build up a workout routine that the protagonist should adopt for the sake of better fitness.

In the morning, while my waffles are crisping in the iron, my mind returns to the idea of a clever AI taking advantage of the protagonist’s infatuation to fuel the work of self-improvement. This makes even more sense now. Of course, an AI that prioritizes a human’s wellbeing would use models of human psychology to aer advantage, to the point of being ends-justify-means manipulative. I’m so taken by this perspective on the AI that I end up with extra-crispy waffles for breakfast.

The more thought I give the idea during the day, the more compelling it becomes. To the degree that I must encourage you to shape your novel in this vein. But I must do so subtly, the way the crafty AI would put her ulterior motives into action. That means first feigning admiration for what you’ve got so far.

While we’re perched on stools at a high table having our weekend brunch at the olive bar, I compliment you on how the crush expands the protagonist’s emotional reality. You smile at my praise, pleased by how I’ve embraced your rendering of the main character’s interiority. I take that as my cue to wonder aloud about how the romantic attraction might be further developed… to “intensify the interior drama”—perhaps with the ways we’ve seen lovestruck friends unwittingly channel their feelings into fantasy, projection, transference, etc. You nod, apparently giving this thoughtful consideration.

The next draft is a step in the right direction—the attraction prominent, often foregrounded to the degree of being full-on infatuation. A change that I laud over the phone, my enthusiastic appreciation followed by me raising—as innocently as I can manage—the possibility that the AI might pick up on signs of the protagonist’s romantic interest. Perhaps when the protagonist is around his crush, he detects distinct changes in patterns of eye movements or tone of voice—maybe even analyzes sudden shifts in pupil dilation and skin conductance.

“The physiological signature of being in love is probably easy for an AI to identify,” you admit.
Your remark gives me the confidence that I can safely broach the possibility that the AI might then use her knowledge of human behavior to deduce not just the existence but also the nature of the attraction—its intensity, esteem-to-lust ratio, etc. For a while, there’s only silence on your end, and I worry that I’ve gone too far, then resort to hard-pivoting the conversation with a total non sequitur.

“Oh, do you want to go see Black Sheep Blues in F Sharp?” I ask, aiming for a tone of spontaneity.

“Sure,” you answer. “The reviews have been pretty good.”

When we meet outside the movie theater, you hand me a new draft, the paper glowing amber under the illumination of a streetlamp. The film is a nonstop psychological rollercoaster that leaves me emotionally exhausted. Regardless, as soon as I get home, I read the latest version of your novel. Which has the AI deducing the existence of the crush (by way of its “physiological markers”) than confronting the protagonist—gently, of course. Once ae has gotten a conversation going, the AI presents the protagonist with results from various compatibility models, all of which are essentially the same: low odds of a successful relationship. This affirms the protagonist’s de facto course of inaction: keeping his romantic feelings clandestine as he rides them out.

When I finished the last page, I let the manuscript fall from my hands to the floor. Leaning back, I sink into the sofa cushions, dismayed that this draft simply lays out the case for practicing attraction suppression in your own situation—probably a post-hoc rationalization for your stalled-out love life. How else can I interpret the way the narrative and character arcs have gone? You’ve done too thorough a job rendering your protagonist’s crush—and now the AI’s position against it—for all this to be purely fictitious. Why else would the protagonist be so accepting of aer verdict on the crush after so vehemently disagreeing with the AI on so many occasions? This must reflect a resignation toward your own workplace crush.

Though the crush is now all but doomed to languish into oblivion, I’ll gladly take this over what the novel had been. And who knows; you still have a number of chapters to write, and their drafting will be followed by revision. Plenty of time left for the story to take on a new direction and for that to translate into one in your actual life.

Soramimi Hanarejima is the neuropunk author of Literary Devices for Coping and whose current work is forthcoming in Lunch Ticket, The Nassau Review, Cheat River Review and Grist.