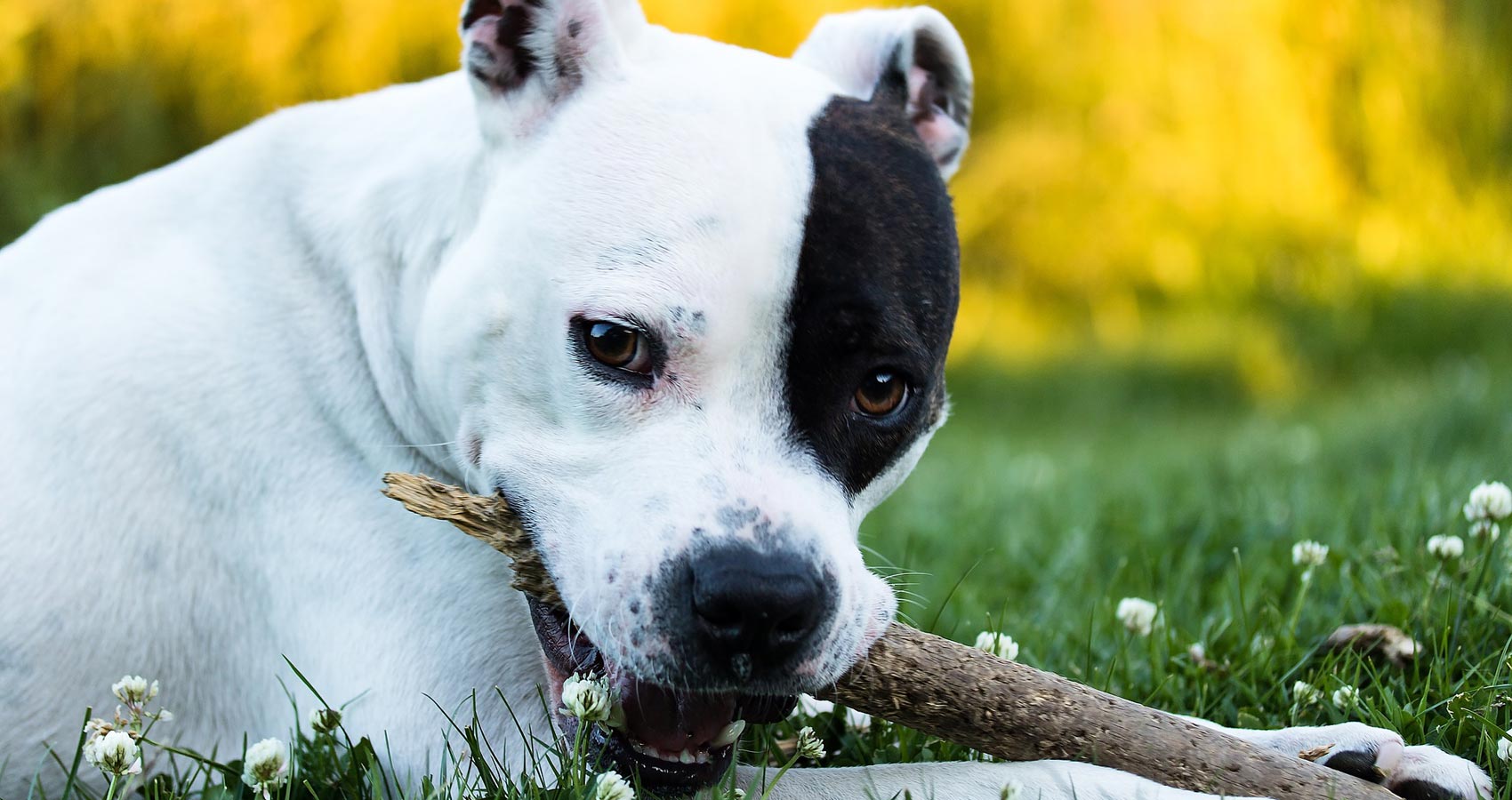 They gave him the name Pablo. Nigel had had his heart set on something Italian or Spanish sounding. Lyn wanted something like ‘Alfie’ or ‘Archie’. Nigel had dug his heels in, and the dog was called Pablo. He’d suggested ‘Valentino’ and ‘Fenucci’ as well, but agreed that they had too many syllables and would be replaced by nicknames in everyday use. He insisted that staffies were partial to cubism, so ‘Pablo’ was most appropriate.
The day after Pablo’s first night in the house, Nigel took him out into the back garden with a bag full of treats and started training. Lyn watched from inside the kitchen for an hour while she kept an eye on their Sunday dinner.
“Pablo!” called Nigel. “Come here! Here! Heel!”
“How’s it going?” asked Lyn opening the door slightly.
“He comes whenever you have a treat in your hand, but I don’t think he knows any commands except ‘sit’. He’ll sit so long as you have his attention.”
“Oh well, he can learn all of the important ones like ‘lie down’ and ‘stop’ and all that. A dog’s never too old to learn. That’s what Dani at work says. He knows his stuff as well; his dog Ralph can balance treats on his nose without eating them. Dani’d take Ralph along with him in the ambulance if he could.”
“Sounds like a good idea; a dog could get trained to sniff out which drugs someone’s overdosed from, or whatever. I wonder if that’s been done? Good idea I think. Anyway, I don’t think Pablo’s ready to be a paramedic yet, but let me just train him a bit more. He’ll be qualified in no time, won’t you?”
Nigel knelt down and started running his hands up and down the dog’s sides. Pablo lay down on the grass and rolled onto his back. His tail wagged and his tongue lolled out of his mouth as he panted.
“Look at that tummy!” said Nigel scratching the dog on the stomach. The dog growled and swished his tail and his eyes closed. “Are you going to be a paramedic dog? You going to run up and lick people on the face while they’re dying? That’ll make it better for them won’t it?”
“I think he’s had enough training for one day. Tea’s ready. Let’s all eat together.”

Lyn went to bed early. She had a shift starting at six in the morning. Nigel sat downstairs with Pablo. The dog lay across his lap with his eyes drooping.
“You like it here? Huh?” asked Nigel scratching Pablo’s ears. “You like your new house? You think you’ll stay? Sorry to hear about your old dad, it’s a shame about him. I won’t hang myself, I promise. Stay here with me and mommy, Pablo. We’ll have a little brother or sister for you some day. You’ll like that won’t you?”
He stroked Pablo’s snout. The nose felt cold and rough, but the breath was warm and soft. Nigel thought about getting up and heading up to bed, but Pablo had gone to sleep and Nigel didn’t want to wake him.