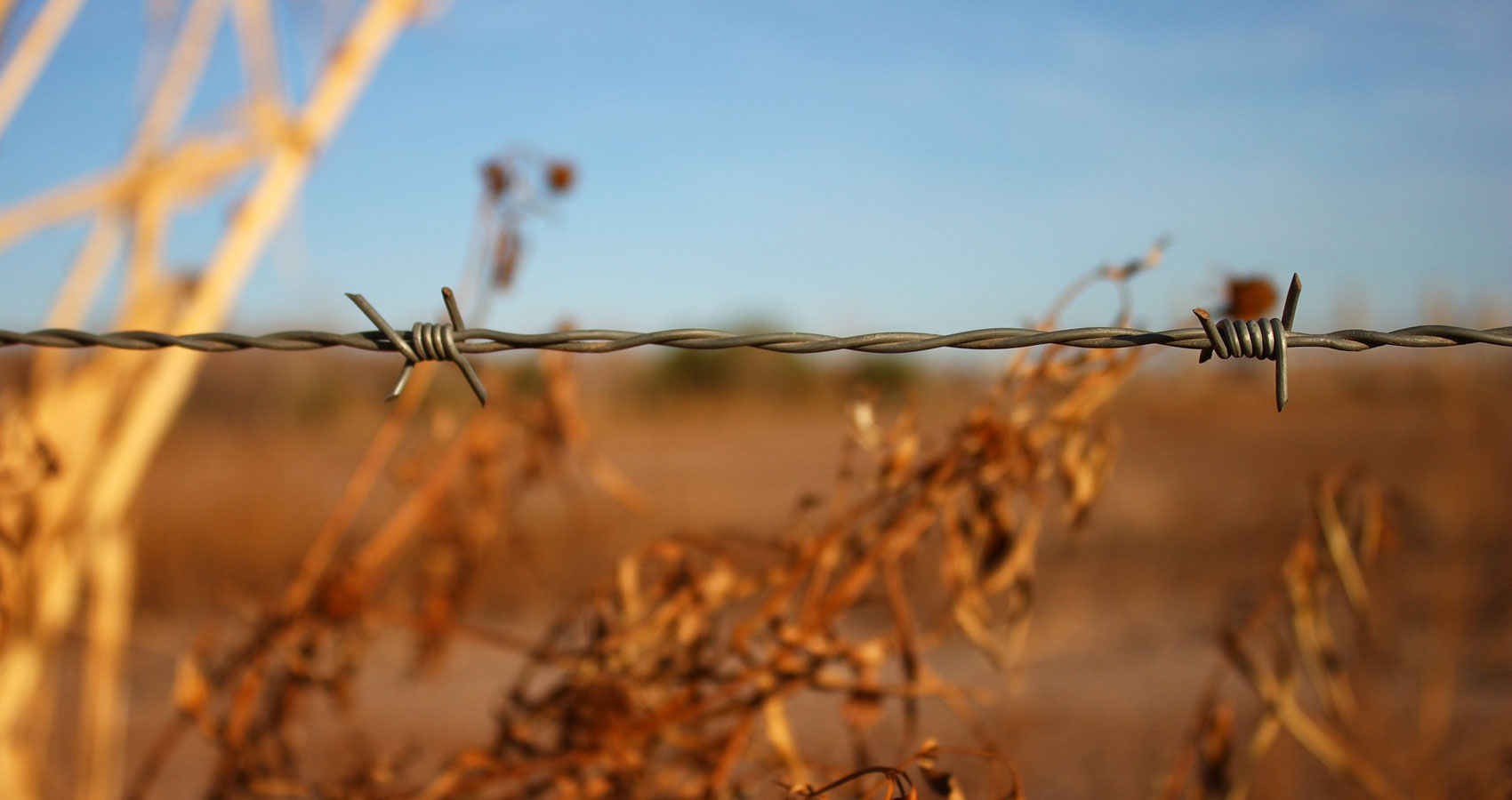 Terrance was the last in line, the last one to enter the prison shack, Barracks 5. The thudding of the prisoners boots on the wood floor reverberated through the shack, shaking loose the dirt that seeped through the hairline spaces between the boards in the roof and settled on the rafters. The dust storm the night before had covered the earth for miles around the prison with a layer of powdery gray soil. Noisily, the other prisoners shouted and hollered, at each other, at the injustices of the world, as they stopped at their bunks, kicked off their boots, and stripped off their black and white striped uniforms.
Naked, in their wake the stench of their sweat hung in the air like a noxious cloud as they filed into the showers at the far end of the shack. Left to himself, Terrance sat on his bunk and pulled on the piece of twine that was tied around his neck and extended down his chest. He slowly raised above the top button of his shirt the blunt head and flicking tongue of Old Sarge, a black and white striped kingsnake, tied to the other end of the twine. The remaining three feet of the snake remained coiled around Terrance’s torso.
“You doin’ okay, Old Sarge?” Terrance said to the snake that looked up at him and fixed its black bead-like eyes on his face. Terrance ran the tip of his finger along the scaly back of Old Sarge as the snake raised more of its body out of the top of Terrance’s shirt. “I bet you’re as thirsty and hot as I am, huh?”
He reached beneath his cot and pulled out a wood crate and lifted its lid. The crate was filled with straw and a tin cake pan filled with water. He unbuttoned his shirt and gently unwrapped the remainder of Old Sarge from his body, untied the twine from around the snake, and laid Old Sarge in the pan of water. “You stay outta trouble now, Old Sarge,” he said to it, and then lowered the lid and pushed the crate back under his cot.

Terrance, Sawbone, and Ricky sat on the wood steps of Barracks 5 and stared up at the bands of gold and purple that added stripes to the twilight sky. Old Sarge slithered around the tattoos of cobras, rattlesnakes, and copperheads on Terrance’s left forearm. The steady din from inside the shack was similar to that of the hum of horseflies and gnats that buzzed around the three men’s heads. From a far-off distance the baying of a hound echoed across the drought-stricken landscape.
Sawbone turned his attention from the shifting colors of the sky to Old Sarge. The snake had formed a sleeve with its entire body covering most of Terrance’s arm. “Terrance, if I didn’t know better, I’d say that ol’ snake is in love with you,” he said.
Through his missing front teeth, Ricky cackled. “Whoever heard of a snake bein’ in love?”
“He just trusts me, that’s all,” Terrance replied. “Goin’ on three years now, I’ve fed him a field mouse every few weeks, given him water and a comfortable place to live, so he knows he can depend on me.”
Sawbone stood and stretched. “That new guard, Mattis, that’s taking Boss Flute’s place may not like you keepin’ a pet. Hear-tell Mattis is very fond of the power those stripes on his arm-patch give him.” he said. “What you goin’ to do then?”
Terrance ran his fingers down Old Sarge’s back. “Just as the sergeant who kept me alive while I was fightin’ in the war used to say, ‘Wait until you actually see the enemy before you start shakin’ in your boots.’”

Old Sarge dangled, writhing and wriggling, from Mattis’s hand that was clasped tightly around the base of the snake’s head.
“Pets ain’t allowed,” Mattis bellowed from near the fence that encircled the prison shacks.
“Don’t you dare hurt him,” Terrance said through clinched teeth, his powerful fists raised, readied. He, Sawbone and Ricky stood barefoot in the dirt wearing only their prison-issued boxer shorts. Sawbone and Ricky held onto Terrance to keep him from rushing at the guard.
“I ain’t going to hurt it, just throw it back where it belongs, with the rest of nature,” Mattis replied. He tossed Old Sarge over the fence into the cracked, dry earth.
Old Sarge lay motionless bathed in moonlight for several moments before raising its head and then slithering off toward a patch of sunburnt scrub grass.
“Mattis, this weather ain’t fit for any creature to try to survive in,” Terrance hissed.
Mattis stepped up to Terrance and jabbed him with the end of his billy-club. “Show me some respect and call me Boss or you’ll spend a few nights in the box. Get back to bed, now.” He walked away, headed back to the house that the guards shared.
Terrance pulled away from his friends’ grasp and went to the fence, looking for Old Sarge. “Don’t you worry about nothing, my friend,” he called out. “You can still depend on me.”

The next night when everyone was asleep and the guards were in their house, Terrance carried the cake pan filled with water out to the fence. He sat down in the dirt and whispered, “C’mon Old Sarge, I ain’t forgot about you.” After some time, and thinking Old Sarge was gone forever, he saw the snake’s white stripes suddenly appear, gleaming in the moonlight as it crept out of the grass. It came to the fence, slid under it, and climbed into the pan.
“We ain’t got much but we got each other,” Terrance said as he splashed water onto the snake’s back.