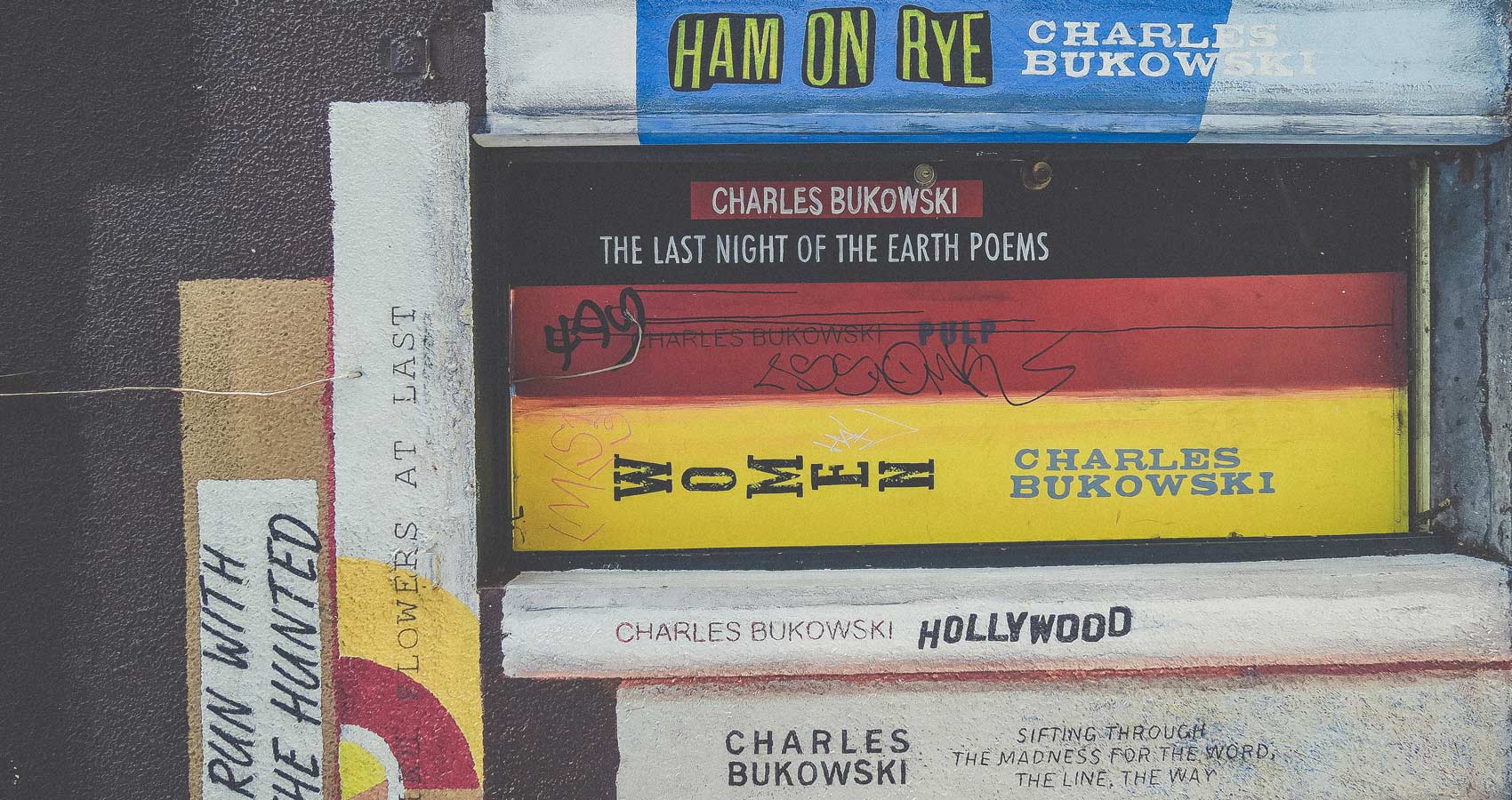 I just read a poem called “Poetry Readings” by Charles Bukowski.
I found it in an anthology called Good Poems
but in my opinion it is not a good poem.
It is a mean and nasty and condescending poem.

(“Elitist” is a word I never use
since it has been hijacked by Republicans
who call anyone who disagrees with them “elitist.”
But if I did use the word, I would call “Poetry Readings” an elitist poem.)

Poetry readings, writes Charles Bukowski, are sad gatherings
at which bad poets recite lousy poems
in vain pursuit of some kind of literary glory.
“Never daunted, never considering the possibility that their talent might be thin, almost invisible, they read on and on.”

Never daunted, as the man says, we write and we read
before tiny gatherings of our friends and our spouses and the other poets.

We are like the weekend tennis players
who will never be invited to Wimbledon.
They play for the love of the game and the healthy exercise
and the camaraderie with their fellow players.

We write, within the thin limits of our modest talents,
because poetry is how we express our selves
and our thoughts and our feelings
to the best of our meager abilities,
and to commune with our fellow poets
and, most of all, because we enjoy writing and reading our poems.

The good news for Charles Bukowski is that
he will never be invited to our pathetic poetry readings.
Have no fear, Charles.
You are safe.

Pesach Rotem was born and raised in New York and now lives in Yodfat, Israel. He received his B.A. from Princeton University and his J.D. from St. John's University. His poems have been published in more than two dozen literary journals including Chiron Review, Permafrost, and Poets Reading the News. He is a member of the Israel Association of Writers in English and the Voices Israel Group of Poets. His poem “Professor Hofstadter’s Brain” was nominated for a Best of the Net Award.