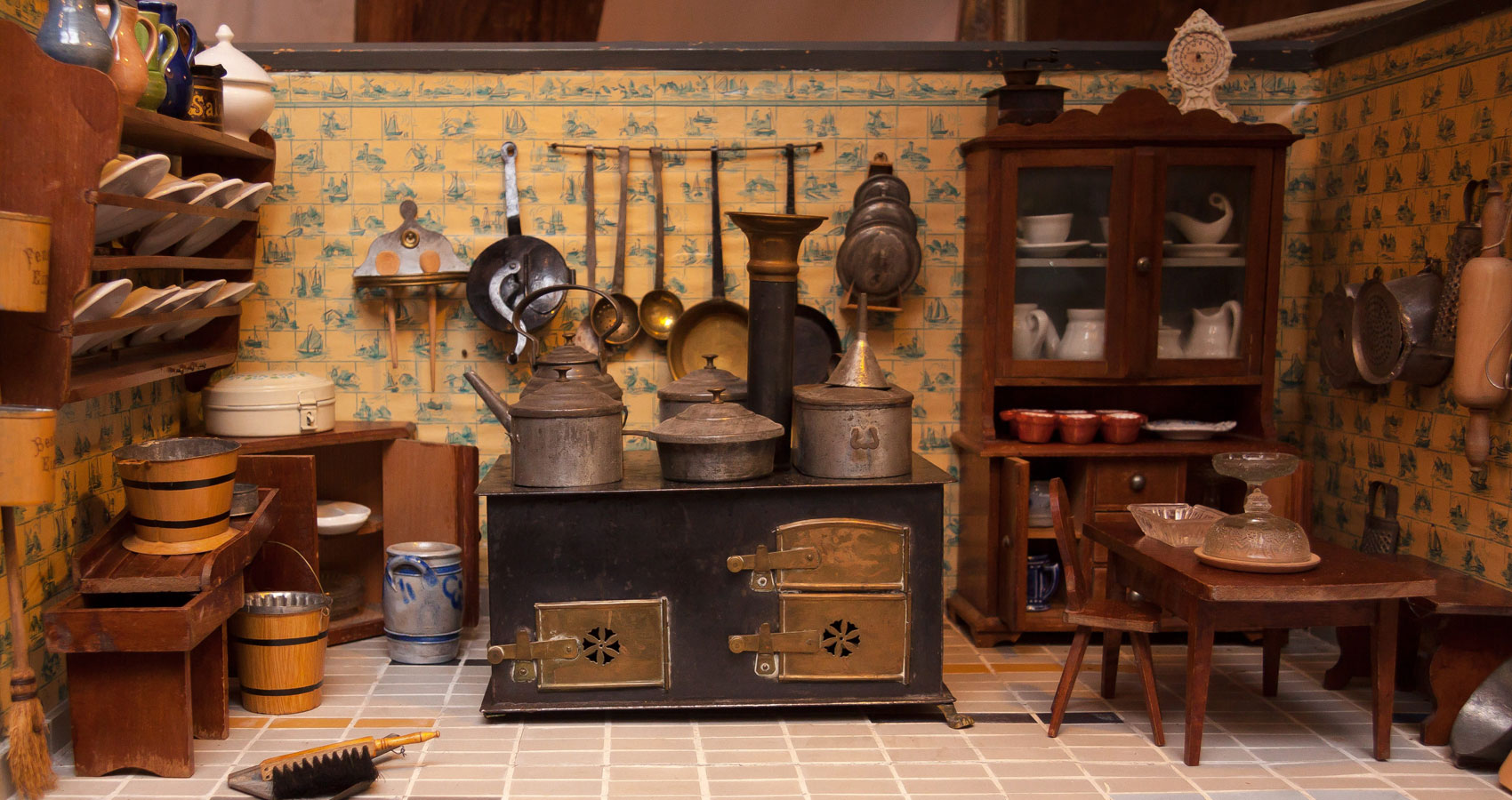 The instruments kept playing, as the Amara’s on the wall started giggling, amused by the beat. The giggling soon turned into laughter. Strenuous, unruly laughter.

The same stanza of the song played over and over, as the pupils kept growing, while their rollicking laughter seemed to know no ending. The pupils grew out of proportion, out of the sockets of their eyes, twisting the eyebrows and melting the skin on the cheekbones. They kept deforming the faces until each skull was left with two holes the size of black ostrich eggs. And they kept growing.

“She’s still alive!!! Cried a voice that drowned
Joan smiled as she slowly opened the door…”

And growing…
The music in the room was so loud Amara was convinced her eardrums were as big as the eyes on those bloody things on the walls, just about to explode. As this thought crossed her mind, she could feel her whole body began to freeze, while she remained helplessly standing there, petrified, upon a sudden realization that there was something in the room she could not see, only feel.

“… And made sure those voices woke her up no more”

She had discovered that the sound of horror began with a briskly song.
A strong presence at her right side was watching her and moving forward while -she could hardly believe it- dancing fervently to the song. She could hear its amused steps until its breath bristled every hair on the back of her neck.
It was standing out of her vision range, and yet, she could feel it perfectly. In that moment, she was using a different set of eyes, ones that came from her insides. She was unaware of what exactly was standing behind her. But it didn’t matter; she knew it was here for her. It knew… it knew everything…
A stench so revolting it made her want to throw up her entire brain swathed her head, inside and out. The reek of countless bodies, deeply sealed in a chamber of putrefaction, burned her eyes and assaulted her insides.
An electric shock kicked inside of her, allowing her to regain a minimum control over her numbed body. She slowly turned around, feeling like a corpse. The corner of her eye twisted to the side, cautiously, as the noise in the room intensified, ripping her brain like claws on raw flesh.
Her head started swinging to the rhythm of the song, as she felt the tight rope of sanity become slack and follow the beat as well. She understood now that the bizarre music was not being played by anything in the room, but from inside her head.
Suddenly, a grin she could not explain was drawn across her lips, while, at the same time, she mechanically turned her head to face whatever was standing behind her… and then her body followed…
-Do you like daffodils?
Amara needed to close her eyes, adjusting them to the bright rays of the midday sun that entered through the kitchen windows. Corbyn had finally stopped talking and was staring at her with wide open eyes, in deep eagerness for an answer.
-Oh, dear, I was just talking to you about flowers. My favorite ones are also the simplest of them all; purple lilies. However, daffodils stand on second place, but I can’t have them at home because I’m allergic to them. Do you like daffodils?
I must have dozed off, she assumed, as she blamed that twisted nightmare on those countless late nights she spent smoking by the musty motel pool, unable to dive into the realms of sleep.
-Eh… no. I mean, yes, yes, I do.
-Good! That makes it two of us – Corbyn said, followed by some repetitive, amused clapping – Now let me show you the rest of the house.
Corbyn stood up, grabbed his cane, and headed off towards the kitchen door, where he stood, waiting for her. After a few seconds, which felt eternal, a still very puzzled Amara stood up from the table and began following the old man’s steps back into the living room.
As she approached the kitchen door, he stared at her and started mumbling something again. It was then that a sudden realization struck her startled mind.
A vivid memory of her recent nightmarish vision passed through her eyes like a shooting star, as she realized Corbyn was not blinking. Just like the Amaras staring back at her from the wall.

-Here you go; a little chamomile, a little sugar and a little something else; my holy mother´s secret ingredient to help us relax after a stressful day.
Amara wasn’t even listening. Her still wobbly hands mechanically received the cup of chamomile, while her now blank mind seemed to be still finding its way back to the kitchen.
-Would you like some more sugar?
-Eh… no, no thanks.
-Take it easy, dear. Don’t worry. Sometimes our mind plays tricks on us. Such a thing happens to everyone and is perfectly normal. You see, I myself sometimes forget where I put my stuff! From things that are very important to me, that hold lovely memories, to things I need for my everyday use. For example, yesterday, someone was calling on the phone; it kept ringing and ringing, but I never answered, you know why? Because I couldn’t find my denture! How was I supposed to talk?
Corbyn roared with laughter on his chair, lifting both his legs from the floor and holding his knees with his hands. Amara stared at him for a while, and then responded with a mild smile.
Suddenly, he stopped. His wild laughter was promptly switched to a dead serious expression.
-You must be under a lot of stress aren´t you?
Amara stared at him directly for a second, paying full attention to a question of his for the first time. But her gaze quickly turned away, elusively.
-What is it, dear? You can tell me. I have no one to talk to, really, and even if I did, I would never betray a friend’s confession. There is something deeply troubling you, something that is keeping you up at night, am I right?
Amara tried by all means to avoid Corbyn’s stare. Her eyes kept fixated on the now empty cup of chamomile.
-What is it?
The old man now leaned towards her and extended his hand, reaching out to her side.
-You can tell me… You can tell me anything… – He whispered.
She could not avoid it any longer. His round, wide eyes stared at her like two bright lamps in an interrogation room; incisive, unflinching, unbearable.
The noise of the doorbell resonated throughout the house, completely seizing the attention of Amara’s personal owl.
-Oopsies! That must be the postman. Be right back! – Said the old man, as he grabbed his cane and departed towards the main door.
In a blink of an eye, Amara was left alone in the kitchen. A sturdy gust of adrenaline possessed her body, her head turned violently towards the kitchen door and then to the opposite side of the table, where the meat knives were.
Like a predator after its prey, she stood up and grabbed the sharpest one, the boning knife, and held it as steadily as she could. As she pointed the blade towards the kitchen door, she found her reflection on the neatly polished steel.
Not once in her lifetime had she seen herself so pale, so lifeless and so freakishly terrified. Suddenly, the adrenaline vanished.
What are you doing? Why are you holding that knife? Who are you? She asked herself.
She had no clue about the weird shit that had been going on, but this was not her. Certainly not me; she kept repeating, now out loud.
She put the knife down and went back to sit at the table, feeling like she had just been hit by a car.
What do you want, Amara? She asked, desperation overflowing her voice. What do you really want?
Truth is, all she wanted to do was forget. She wanted to forget those brain splitting visions, she wanted to forget Corbyn, and the house, and the auction, and the plan.
For a split of a second, she even thought she wanted to forget about Jerry, and pictured herself leaving town with her son towards a fresh start somewhere far away.
But she did love him. She didn’t understand why, she just knew she did. There was a powerful, unexplainable force attracting her to Jerry just as she was helplessly drawn to that blinding light bulb down at the basement.
She couldn’t leave him; and she couldn’t leave Levi without his father. She wanted them to be happy. After everything they have been through for so many years, all three of them sure deserved to be happy.
But, as the faithful believer of karma that she was, she was also fucking scared. Amara knew that such an abhorrent burden would remain forever stabbed on her back, like the knife she pretended to thrust in Corbyn’s chest two minutes ago, in a flash of unruly insanity.
She wanted the plan to stop. Quit everything, throw the whole thing overboard. Go back to their miserable but dignified lives, ruled by scarcity and refrain. Anything but having to deal with whatever was tormenting her mind and soul like that. It was that plan; the whole idea of it was frying her brain and destroying her whole being.
As she realized Corbyn was taking a hell of a long time for just having gone to answer the mailman, her eyes aimlessly wandered towards the wall clock.
And then she knew it was too late, for Jerry was already on the way to Porchester Manor.

Chapter 7: A man of his word

My name is Viviana, I am a writer, a daydreamer and a profound lover of stories. To write stories is to embark upon a journey that allows us to bring our inner world to reality. I am just beginning to share my written work with the world, which is something that thrills me deeply. Short stories, movie reviews, articles (especially those that tell the experiences behind my travels) are the reason why I wish immortality was possible. But, hey! it is through writing that we find one way to live forever!