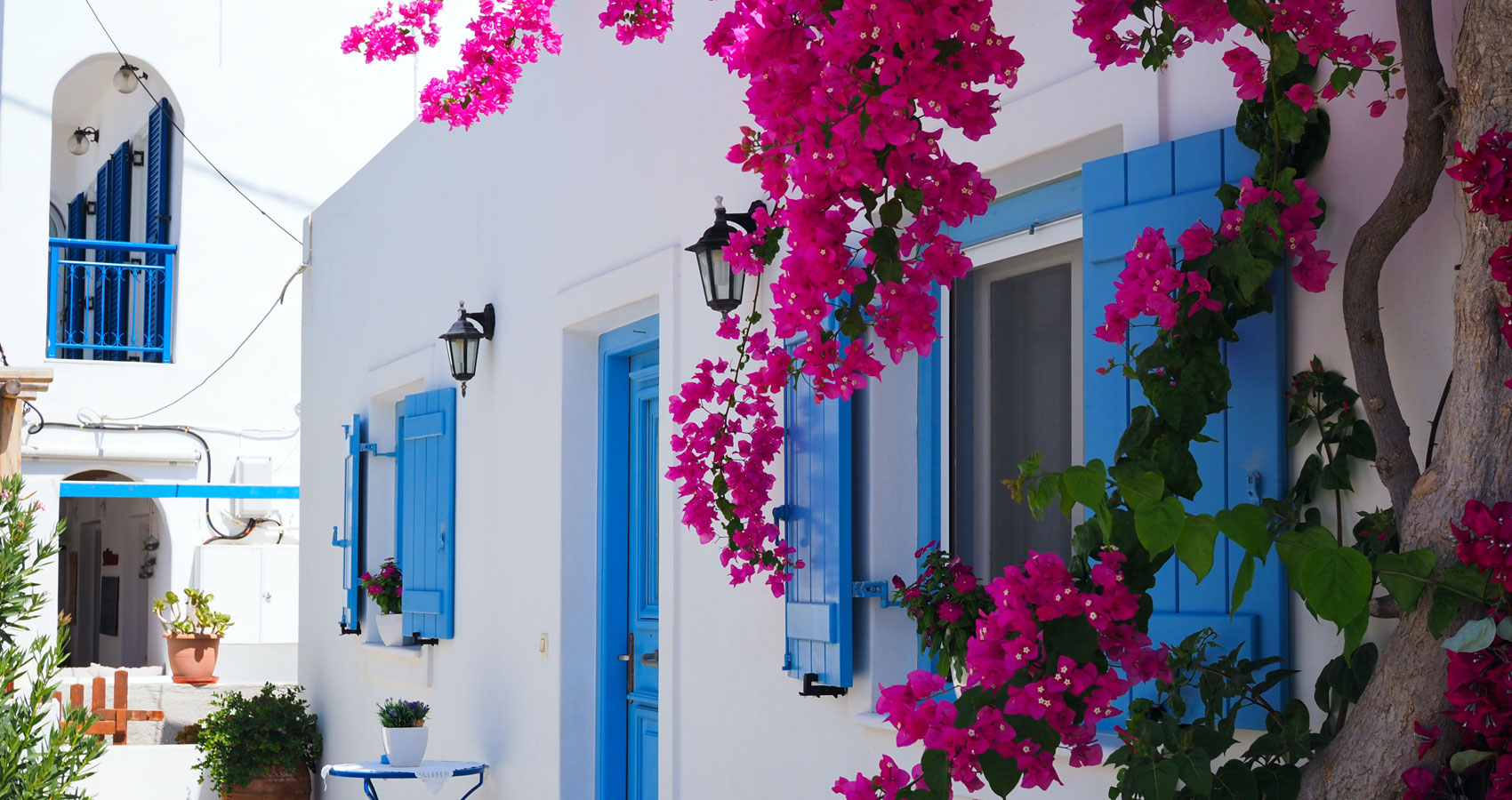 I watched our little Greek town get painted with the colors of a new day, as dawn poured over the sky. I was upstairs, peeking out of the window in your workshop, as I waited.
During that time, I thought about our story and our many memories together. A strong bolt of energy grew inside my chest, flooding me with an intense need to make them immortal. Somehow, I felt like writing was the only certain way I had to keep you alive forever.
I turned my head and searched over your always messy desk and picked a piece of paper and one of your charcoal pencils.
Whatever happens, I said to myself, I will always have these lines.
You have always been a man who lived in a world crafted by his imagination. The most famous puppeteer in town, a title you wore with pride, because there was nothing you enjoyed more in life than crafting marionettes. It is not a hobby, you said, it is magic coming to life!
And so, through carefully polished blocks of wood and countless strings of nylon, you created your own world of magic. A ballerina, a gossipy lady, a ruthless pirate, the monster under the bed, a grumpy elf and a disheveled cat with crooked teeth were the first members of your collection and the first inhabitants of your workshop.
But the place where all the action happened was on that fantastic stage you designed for your weekly shows down at the main square. With varnished wood, wall paste and acrylic paint, you recreated the main square itself and all the little houses around it. You even carved the stones on the ground and made a mini version of the fountain, which ran on real water.
And every Friday night you decorated the face of every villager with a warm smile and every corner of the main square with roars of laughter. Your favorite scenarists were the kids in town: “what do you want the next story to be about?” You asked them after every show. “Come to my house and leave your story in my mailbox! I’ll discuss it with the puppets”, you told them.
However, puppeteering, despite being your biggest passion, was only a part of your life, because during the day you worked as a watchmaker. Whenever you were not designing another character for your collection, you were working on watches.
-I am not a watchmaker, I am a time crafter! – You corrected me one day, before throwing a witty laugh.
You were a watch specialist; you made, sold, and repaired watches, although you preferred the phrase “brought them back to life”.
You taught me about both, your passion and your job. At first, you introduced me to the world of reading and writing. And then, over the years, you taught me about each of your masterly crafts, one week at a time, until I became quite the expert. You always made me a part of both your worlds.
You also told me the story of the day you made me, and I remember it vividly, in your raspy voice.

I woke up in the middle of the night after having the strangest dream. In my dream, I was watering the plants next to the window when I heard someone opening my mailbox. I looked outside and found it was my ten-year-old son. My boy was alive again, standing in front of me, on my front porch. I remained there, petrified, as a beaming smile appeared on his face. Suddenly, he ran away and disappeared before I could chase him. I ran all the way down the empty street but couldn’t find him.
When I got back home, I went straight to the mailbox. He had placed an envelope inside. “How about this for your next marionette?” was written on the back. Then I opened it.
A tight knot was made in my throat as I, with deep astonishment, stared at a picture of my boy.
-What is this? – I asked, confused – Am I supposed to make a lifeless marionette of my lost boy?
I held on to the picture and was ready to crumple the envelope just before I saw there was something else inside. It was the photograph of a heart shaped watch.

The hardest story you ever told me was the one about your son. A heart murmur, soft as a whisper of the wind, yet powerful as the trigger of a gun, took him away a few weeks after his tenth birthday.
Some months after he passed away you began to make marionettes, your ever-lasting companions, who welcomed you to the world of no goodbyes. However, their lifeless gazes and motionless bodies left in you a void that survived in your chest throughout the years.

In my dream, I held the heart shaped picture of the watch in my hands and remained there, thinking. Then I ran back inside, slammed the door, and woke up.
I remember lying in bed wide awake, in the middle of the night, and knew I couldn’t sleep anymore. I went upstairs, to my workshop, and picked the best pieces of linen wood in storage. I polished them carefully, sculpted the details, the ears, the lips, and the sockets for the eyes, big and round like those of my boy’s.
This was going to be the first realistic marionette I ever made, I thought, while my heart pounded hard as I opened the paint cupboard. I stared blankly at the shelves as my eyes rested on the empty bucket of skin colored paint.
So instead, I grabbed white, yellow, red and blue.
I mixed all three colors first, and then, slowly, blended in the white. I kept painting my wrist with countless brush strokes, searching for the right shade. I lost track of time until my arm seemed like an abstract painting. I kept sandwiching those colors, one over the other, pouring into the mix not only my expertise but especially my intuition, until I finally got it: the exact matching tone.
The brush danced to the rhythm of an emotion that clogged my throat, as I covered your wooden body with the paint I just created. I amused myself by thinking of every drop as an elixir of life, and of every brushstroke as a flick of magic.
Finally, I sat you leaning on the wall and left you to dry on the table. Then I turned around, as my eyes met the white grandfather clock in the corner of the room, and felt my heart beating in unison with its second hand.
I walked towards the opposite end of my workshop, to the table I use to work on watches. Little bolts, screws, dials, lugs and crowns were spread all over it, forming a galaxy of time.
My eyes travelled to the wall where I stored tens of watches of all sorts and sizes in little wooden boxes. No, none of these, I said to myself.
I went downstairs to my nightstand and came back with a very special watch, the one given to me by my father. I carefully took off the bracelet and the lugs and held the watch in my hand.
Then I walked towards you. With a fine knife, I carved a square box on your chest, where the heart is. I placed the still ticking watch inside and closed it.
I smiled and bid you goodnight.

Little wooden steps were heard down the stairs in Mr. Doukas’ home, as Athan walked slowly towards the bedroom.
His trembling hand grabbed the doorknob but didn’t turn it. “What would happen if the mission had failed?”, he asked himself.
He turned around and let his gaze travel along the faces of the marionettes sitting on the shelves in the living room. For the first time, he felt a little envious of his wooden brothers and sisters, for they would never know about loss or grief or the fear to be left alone.
For a second, he even felt like wanting to become one of them, sitting undisturbed on their shelf without having to deal with what was on the other side of that door, and the consequences of time.
But it was Mr. Doukas who had given him his life, why would he want to take it away? He was, after all, the liveliest of all his creations.
“As long as I live, I will remember him. And through my memories he will live too”, Athan thought. His name was, indeed, short for immortal.
He closed his eyes and focused all his energy on the happiest memories they shared. The rehearsals, the script writing, the museum visitors, the laughter of the audience, and their own.
And, as he remembered, he slowly pushed the bedroom door open. Then, very slowly, turned his head towards the bed. And remained there, staring at it.

Mr. Doukas’ home became the most visited museum in town. Soon, many people from other towns came to visit the home of the most famous puppeteer in the country. Everyone wanted to know the story of the man who, every Friday night, took the audience travelling through a world created by magical characters.
Both him and his marionettes became a legend. It was not long before people began to make up stories of their own, about the marionettes, and also about his house.
Legend says that when one walks by the front porch late at night you can sometimes hear people talking from the inside. Some villagers say they can hear the sound of wood being carved. Others say they have seen the lights turning on.
And others assure they have heard laughter, a raspy voice together with one of a boy.

My name is Viviana, I am a writer, a daydreamer and a profound lover of stories. To write stories is to embark upon a journey that allows us to bring our inner world to reality. I am just beginning to share my written work with the world, which is something that thrills me deeply. Short stories, movie reviews, articles (especially those that tell the experiences behind my travels) are the reason why I wish immortality was possible. But, hey! it is through writing that we find one way to live forever!