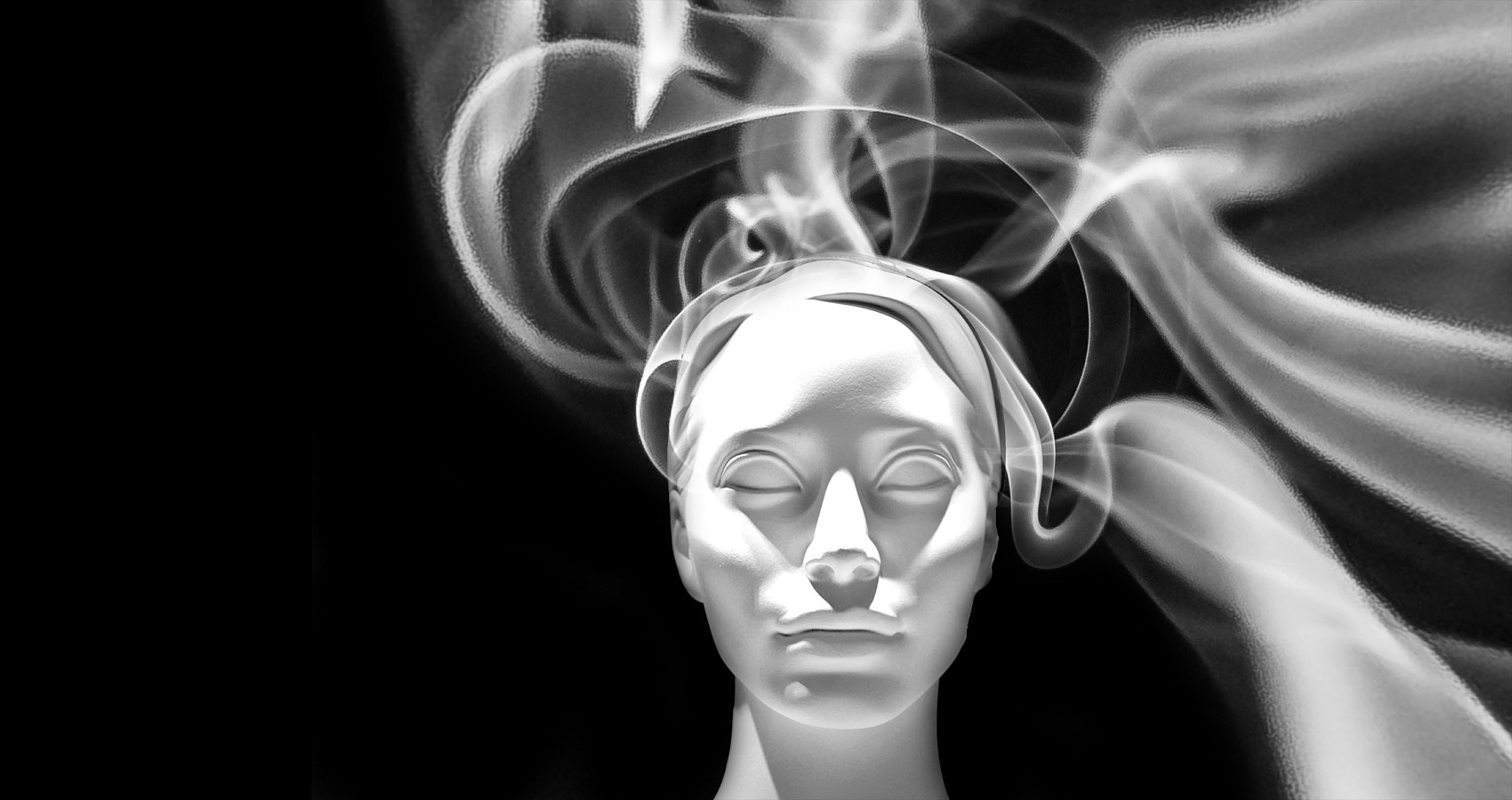 PROBLEMS WITH COUNSELLING AND PSYCHOTHERAPY

PROBLEMS WITH COUNSELLING AND PSYCHOTHERAPY

I have academic qualifications in psychotherapy, as well as practising the craft briefly. I have explored the theoretical basis of Freud’s, Jung’s, Fromm and Klein’s ideas amongst a host of others. I firmly believe as a consequence that their ideas have a genuine role in the ongoing debate on human nature and behaviour. I nevertheless question the methods employed by psychotherapists, therapists, psychoanalysts and also the inviolability of their judgment. Although I perceive Freud’s Superego, Ego and Id as resembling too closely Classical Age concepts of human nature and Jung’s excessive concern with symbolism as verging on mystical mumbo-jumbo, the Object Relation School suggestive of Mummy and Nanny oriented middle-class middle-aged British men, their views should be taken seriously. Practitioners though? Ah, that is another matter.

I am aware that many people claim that seeing a therapist changed their lives but I will challenge how and why, leaving such matters to the end of this piece. Firstly, I will consider and evaluate my direct experiences and those of my own clients, varied in background and culture. Yes, briefly I was a therapist myself!

Common methodology and the reasons for it

Here I will briefly consider therapist behaviour and draw conclusions.

I have had clients who when initially attending sessions with a psychotherapist have been greeted with:

My client’s understood this to have been part of the therapist’s methodology, but failed to elicit an explanation from the practitioner. Part of that methodology would be the withholding of explanation and professional/personal information from clients. This varies according to practitioner’s training. Without fail it caused the client immense confusion and anger.

As an ex-practitioner it is difficult for me to understand the therapeutic point of such an approach and what the practitioner hopes to achieve. Especially, when one clear possible result, is the client’s alienation from the entire process and subsequent unwillingness to fully participate. This certainly transgresses recent teaching on the problematic nature of stereotyping in mental health treatment. In addition such an approach reinforces guilt or negative feelings of the client and sets up a power relationship between practitioner and client, in the former’s favour. If intended to break down barriers, it does the reverse. Without further clarification, it seems a clear case of therapy abuse.

As an ex-practising therapist, I am both alarmed and horrified by such an approach. It can only achieve one object, control of client and situation by the therapist. I suggest most psychotherapeutic methodologies are designed to and for this end. It can be held that psychotherapists are intelligent people with complex strategies, but my additional evidence from direct experience of other practitioners will dispute this. I will instead present the case that psychotherapists are engaged in confirming stereotypes, asserting control and imposing their own dubious worldview on clients. If you accept all the above, treatment methods will always be claimed as successful. This was the ultimate technique of Freud, who, no matter the evidence before him, constantly boasted of miraculous cures, continued into the present day.

What is established, especially by the strategy above, is the difference and distance between therapist and client, that appears constructed on magical principles. The therapist functions here as guru or shaman, possessed of magical knowledge. Unfortunately, it is not genuine knowledge into human psyches but rather evidence of the therapist’s psyche, with all its ambitions and distortions. In the end, the therapist gains most, financially and emotionally.

Far worse, the above strategies are meant to keep the client where they are emotionally. The client will remain as someone who has ‘something wrong with them’, no more than a toy of the therapist’s rampant ego. The therapist perceives a clear division between the client and themselves, which is one of ‘ill’, ‘healthy’, ‘normal’, ‘abnormal’. They, in this way, establish that they are the insightful, intelligent, talented, cogent one. It is a game, with only one possible winner.

Such therapists deny the intellect, insight and knowledge of the client. They, in effect, make victims of clients or collude with their client’s own sense of victimhood. They deny the varied, multi-dimensional nature of clients and fit them into stereotypes.

The separation of client and therapist goes back to Freud, who after all was a physician. Although benevolent by nature he was also an autocrat. He knew best. In many ways, as a highly intelligent man, he did, but his successors cannot claim such intelligence. They appear to uncritically believe what they were or are taught and brook no counter arguments or unnecessary rebellion from clients. They cleave to professional status and the esoteric language and ideas that accompany such a status. But, no matter what is claimed for it, psychotherapy remains a set of theories and beliefs. It is driven by the subjectivity of the therapist, encompassing their worldview and experiences.

Few therapists have genuine life experiences. Often, their knowledge of the world is narrow and specific. Most are middle-class, with little desire for risk or investigation. They bring the desk-bound bureaucratic approach to life’s difficulties. Contrary to what they often imagine themselves to be, they are conventional by nature, fully paid up supporters of the status-quo.

I trained at a small, but expanding, private college in the Home Counties. Although advertising client-centred therapy training, it was narrow and intense in outlook. It seemed capriciously devoid of the insight expected of any organisation engaging in psychological understanding of others, possessing a fixed and untested worldview. The group, which extended over two counties, was led exclusively by women, encouraging an unbalanced perceptual approach. Its students were predominantly women. In training sessions, which involved therapist/client role play, there was a free for all. Prejudices were freely aired, emotions left unexamined, ideas only loosely considered. Amongst students bullying and tit-for-tat point scoring was commonplace. Dislike of men was frequently aired, and any criticism of such a position was met with derision. This kind of behaviour I later heard is commonplace in such training centres. Most of the students were damaged, and remained so. At no point was the tolerant client-centered approach heeded, but ganging up on others, playground politics was obligatory. Differences were met with prejudice and rejection.

I was warned by several students who had earlier trained with associated organisations within one or other of the counties that any challenge to the pervading culture was immediately met with victimisation or exclusion. An atmosphere of control had long been instituted. The group operated as a cult (Alice Millar). It had established a worldview, which when challenged resulted in victimisation, control, humiliation of the complainant. I came within this training college upon therapists who functioned at a lower level than their prospective clients.

Although I have come across a number of individuals who profess that psychotherapy has saved their lives, I believe the reasons for this apparent therapeutic success are:

1. Their own desperate emotional state and need for support.

3. The persuasiveness of the therapist’s worldview and the client’s desperate need for an alternative apparently more successful worldview.

4. The bullying of the therapist

5. The desire of the therapist for the client to remain in a victim state

7. A genuinely gifted and insightful therapist (some therapists are simply much better than others).

Therapists often separate themselves from the client, determining that the separation concerns normality and abnormality. They then proceed to determine that differences between their lives (often comparatively fortunate) and their clients are due to mental instability. Whatever is in their lives, what they do, think and believe, is normal, that of the client abnormal. They, not the client, are continually projecting. The therapist is or becomes egocentric within the confines of the therapeutic situation.

These attitudes can be observed in the behaviour of the originators of psychotherapy. Freud, as later research found, chose to ignore evidence of child abuse claimed by many of his clients, and to explain what he heard within the treatment room created fabulous theories based upon child fantasising. Many psychotherapeutic theories have little relevance to reality, but exist as an alternative based upon the therapist’s authority and power.

A good therapist may simply be a good person, one who leaves their ego at the door of the treatment room, and places their client’s opinions on the same level as their own.