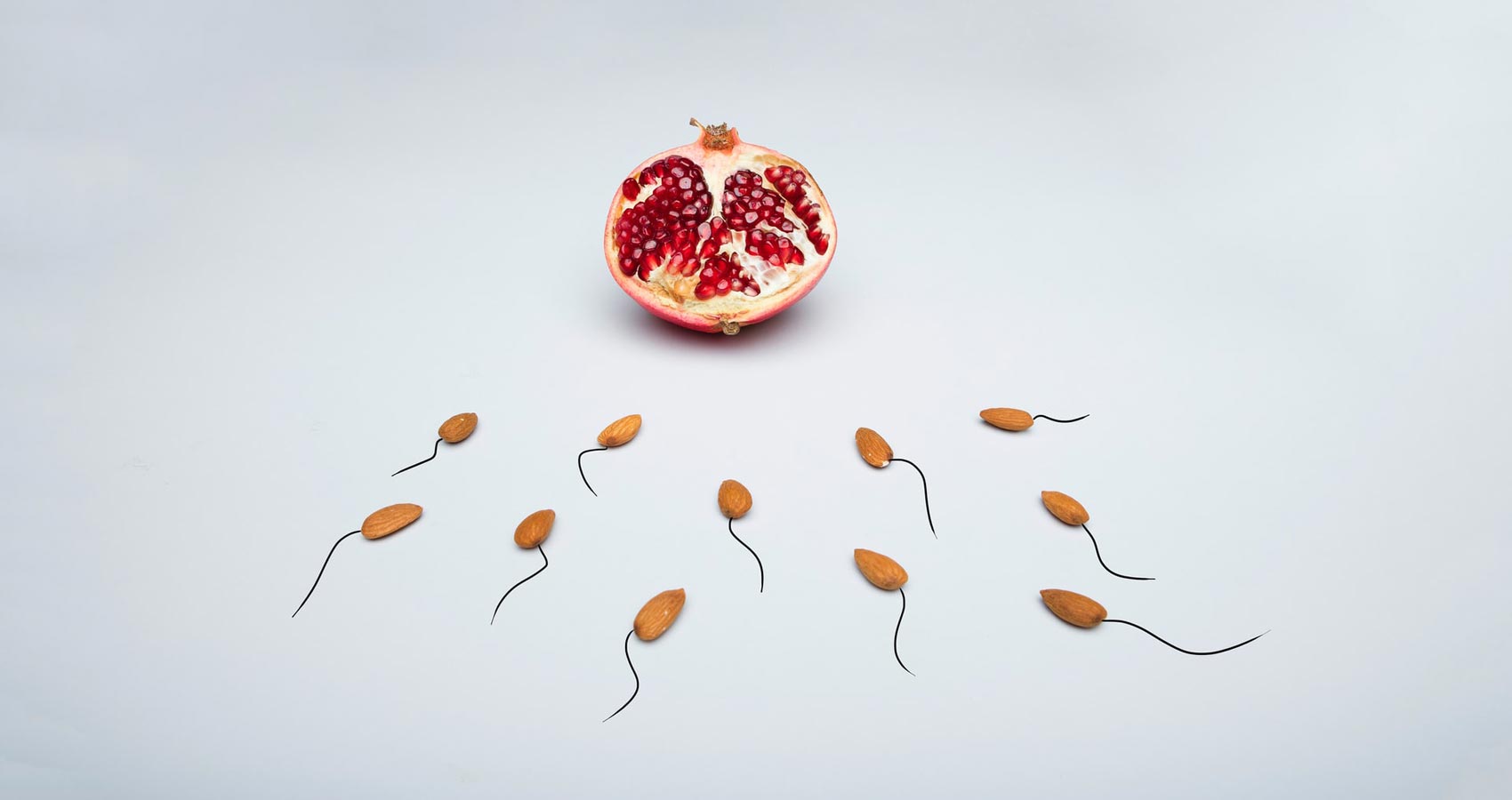 Perhaps you have never heard of parthenogenesis. The term is a joining of two Greek words which literally means ‘virgin birth’. It refers to an egg producing offspring without being fertilized by sperm. After a minimal amount of research citing over 45 different sources, several conclusions may be drawn about it in reference to its occurrence in humans.
It’s important to note that parthenogenesis is fairly common in many plants and some insects and amphibians. From an evolutionary standpoint, the purpose seems to be to promote survival of a species when the possibility exists that ‘normal’ sexual reproduction may be unavailable, or of limited availability.

In humans, however, parthenogenesis, especially the production of a viable, sexually normal individual, may be extremely rare. The reason it is considered that it ‘may be’ extremely rare is because without the benefit of experiments of a highly questionable nature ethically, it cannot be fully known just how common it is. Because of this rarity, it’s therefore considered by many in the scientific community to be an ‘evolutionary experiment’ when it does occur. What this means is that it may be possible that evolution is moving humans toward becoming more capable of parthenogenetic reproduction, but since evolution is a slow, trial-and-error process, at present there will only be occasional occurrences with varying degrees of viability and success at producing normal individuals.

When parthenogenesis occurs spontaneously in humans, an embryo will begin to divide without having been fertilized. However, in almost all cases, it cannot fully develop on its own; so while it may create some skin and nerve cells and even teeth, it cannot create other tissues (such as skeletal muscle) and it becomes a type of benign tumor called an ovarian teratoma. In some cases, these can go on to become primitive fetuses, but with imperfectly formed heads, limbs and other structures. Usually, these fetuses are not viable; in other words, they will not live and grow into normal, human infants that can be born. This may be part of the reason many scientists consider these cases evolutionary experiments.

There was, however, a case in 1995, in which a boy, partially parthenogenetic, was born. It was found that some of the boy’s cells had none of his father’s genetic material. However, some of the boy’s cells did have genetic material from his father. Since an egg, once self-activated, will soon lose its ability to be fertilized, it was believed that early in the egg’s spontaneous development, some of its cells were fertilized by sperm. The unfertilized cells eventually duplicated their DNA, but could only develop up to a point, at which point the fertilized cells took over and developed the rest of the tissue. The boy had learning disabilities and his facial features were not symmetrical, but he was otherwise healthy.
Individuals who have dual genetic makeup like this are called ‘chimeras’. The word comes from Greek mythology, as the Chimera was a beast that was a combination of different species of animals, specifically a lion’s head, a goat’s body and a serpent’s tail. In the context of this topic, a chimera, or chimeric child, is one who has two cell lineages in its body, one with its father’s genetic material and the other without. Since the chimeric boy was discovered in 1995 there have been more than a dozen similar cases discovered. They are usually discovered after the subjects exhibited some clinical abnormality. There have been no scientifically confirmed reports of non-chimeric humans, in other words, completely parthenogenetic ones produced from a single unfertilized egg with no sperm fertilization at all, who were born clinically healthy.

Humans are genetically wired for a complex orchestration of development from a zygote (essentially a fertilized egg) to a full grown adult capable of sexual reproduction. Even though various forms of asexual reproduction, parthenogenesis being one, does occur in several species of animals, the process of genomic imprinting in mammals (a very complex subject in itself that’s beyond the scope of this essay), including humans, means that for a genome to function fully and properly, it requires both maternal and paternal genetic material, in other words, genetic material from both sexes. Because of that, genomic imprinting hinders the occurrence of parthenogenesis in humans. When it does happen it’s never entirely successful, because it always leads to clinically unhealthy individuals…at least as far as is known. It is believed by many scientists that there may be instances of successful parthenogenesis in humans that are simply not known about. The only way to know for certain would be to record a DNA ‘fingerprint’ of every living person to determine if they are in fact parthenotes (persons born from parthenogenesis). It is suggested that in the not-too-distant future, obtaining this DNA fingerprint, called ‘whole genome sequencing’ (WGS) may be a common practice on newborns. We would therefore know more then.

There have been documented reports of parthenogenesis in mice, through cellular and genetic manipulation in a laboratory, that have produced healthy mice. Obviously, there are significant ethical hurdles and legal challenges to performing such manipulations on humans. Until such experimenting on humans becomes a realistic probability, let alone a real possibility, or unless some other method can be developed, we cannot at this time know if it’s possible for a human to produce a normal, clinically healthy offspring, capable of sexual reproduction, through parthenogenesis alone. So far, there are no scientifically validated reports of it happening.

There was done, a brief, cursory study of a story, told second hand, about a woman named Laurie. Laurie is purported to have become pregnant without having mated with a man and gave birth to what can be called an ‘immaculately conceived’ child. It was claimed that Laurie was in communion with an entity referred to as the ‘Blissful Light’ or the ‘Creator’, though she wasn’t raised as a Christian. She also reportedly experienced a Stigmata, having come out of communion with the Blissful Light with blood coming from holes in her hands and feet. Part of the story seems to suggest she had the ability to heal diseases, or at least she supposedly did so in one instance. The person telling the story said Laurie was coming off a year-long fast when he met her. From the ensuing story, it can be inferred that she regularly fasted for long periods and adhered to an odd, plant-based diet when she did eat. At 6’ 2”, she reportedly never weighed more than 135 pounds. She claimed to have become pregnant as a result of a communing session with the Blissful Light. The child she had died a few months after birth (cause of death wasn’t mentioned).

Was this a supernatural phenomenon? Was it simply an instance of parthenogenesis, where the child, being typically unhealthy, simply couldn’t live? I have no definitive answers to either of those questions, or even to the question of the overall validity of the story. I do think it’s prudent to mention that the story is entirely anecdotal and not verified by any scientific or medical investigation. That doesn’t make it untrue, just that its veracity cannot be reliably determined.

Parthenogenesis in humans is possible, but a consensus of the scientific community agrees that it’s very unlikely to result in a viable baby. The reason is, in order for an embryo to develop from an unfertilized egg, the egg would have to ‘sense’ a spike in calcium in the body, it would have to somehow skip the normal meiosis that produces gametes, or ‘sex cells’, and it would have to lose at least two specific genes. When an egg is fertilized, it loses half its genetic material, and that material gets replaced by the genetic material from the sperm that fertilized it. It gets information from the sperm’s DNA to use in imprinting the genetic code. If the imprinting doesn’t work properly, the egg cells may start to divide, but the egg will usually die within a few days. The chances of all these things happening properly has been estimated by some to be about a billion to one, and in the case of humans, something like two hundred genes would have to be changed.
This research was undertaken because of a discussion in which it was held that neither men nor women can claim to be the ‘source of life’, but that both are necessary for a new life to be produced. In response, it was mentioned that it is possible for a woman to become pregnant and give birth without being inseminated, but that the product would always be a girl. It was said that the phenomenon is called ‘parthenogenesis’. Since about 2013, the claim about parthenogenetic birth and it being only girls produced, has been made by some in the medical community, but the larger medical and scientific community doesn’t appear to support that specific claim, at least not that I could find. In the first widely reported case of a birth from a parthenogenetic pregnancy, the child was a boy.

Having developed a fascination for words and the manipulation of them at a young age, Tillman Alexander III has been writing short stories, poems, essays and journal-style 'letters' since learning how to write! He relishes the undertaking of research on a plethora of topics and fields of study that spans genres and disciplines, writing on everything from religion to psychology to medicine to social observations, to fiction that covers drama, science fiction, fantasy, crime, risqué humor and more. Blessed--or cursed, depending on how one looks at it--with a vivid imagination that fed an intense fear of the dark as a child, Tillman learned to channel that mental energy into writings that have fascinated teachers, family and friends since elementary school. Now an adult, U.S. Air Force veteran, Tillman has decided to share his works with as wide an audience as the Internet can allow, and hopes to one day spend the bulk of his time doing two things: literary writing and composing and recording original music. Tillman has had two books published; one, a treatise on the failure of modern Christianity (now out of print), and the other, a collection of short stories, currently available on Amazon.