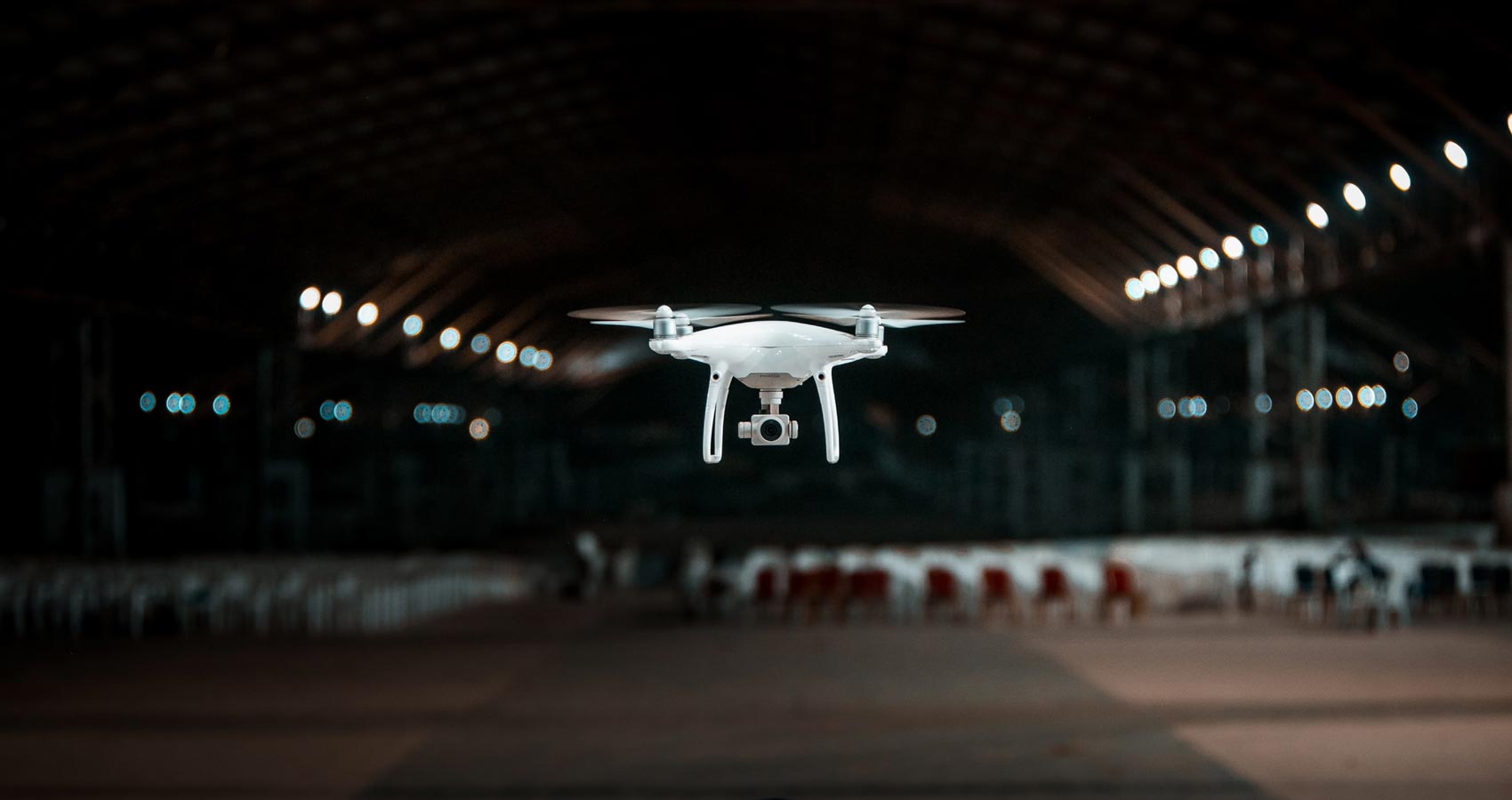 Duke Hanley had been riding the wave for a number of years. His rise to leading multi-billion dollar Gold Scientific Inc. in Portland Oregon was hard to explain. Twelve years ago he told anyone who asked and some that didn’t “Sure I’ve got the techie side down – degrees in both physics and chemistry – but I’m no executive. Give me a problem to solve and leave me alone. Ask me what Gold should tackle next and I’ll tell you to ask the guys upstairs. Let them earn the big bucks.”

About ten years ago, he started emailing his then boss Mike Wilkie with ideas. “Hey Mike, I’ve got an idea for you. Personal drones are going to be big. I suggest that you either merge with or buy a part of my relative Dave Hanley’s drone company Dragone close to The Dalles on the Columbia River. I’ll bet money that drones will replace laser tag, arcades and paintball for active games and recreation. While you are at it, think about leasing mall space cheap as people desert them and do more business online.”

Wilkie was dubious, but did buy a piece of Dragone and leased a defunct paintball area in a mall in Tigard, Oregon. Business was slow for a couple of years, but Gold had no need to rush. At first people just flew their drones in the indoor space, the advantage being no regulatory or weather concerns. As the partnership with Dragone went on, the newer drones offered more opportunity for play. Lasers were added so battles could be waged in what then became Laser Bowl. As other operators got into the business, Dragone and Gold managed to stay ahead with whimsical shapes and names for their drones. As drones added running, boating, and submarining to their repertoire, Laser Bowl added races, obstacle course, and iron man challenges. When Gold decided to expand Laser Bowl, Hanley came up with a list of places which should be franchised, which Gold should keep and which to avoid.

Once Laser Bowl started to grow, Wilkie started to work closely with Hanley. The Hanley ideas weren’t always successful, but his 85% winner rate was phenomenal.

Along with a lot of small and medium successes, Wilkie and Hanley hit it big with the bio startup Stem on the South Waterfront close to Oregon Health and Science University. After Hanley had checked out the burgeoning biology startups that were encouraged and funded by a local billionaire philanthropist, Hanley decided that Stem was the best bet. Gold bought a 51% chunk of Stem. Stem went on to be big in prosthetics, genetic fixes using viruses and was in a consortium that was instrumental in a number of methodologies for curing or preventing a number of cancers.

Business was going so well that Wilkie decided to largely retire and put the business in Hanley’s hands. Aside from his business acumen, Wilkie appreciated Hanley’s solid personal life. Unlike so many successful men, Hanley saw no reason to “trade up” from his wife Julia. It would have been very difficult to trade up, because Julia was smart, a successful artist and supported her interests with time and money. Anti-war, pro-education and art, Julia was there. She even played a mean game of tennis. Despite having no children, they seemed very content with their own company and ignored the party crowd.

Under Hanley’s reign, all was golden (sorry) for a couple of years until Julia was found dead in their tub. The autopsy ruled death by accident – that she had slipped, hit her head and drowned. During his grieving, Hanley’s golden (double sorry) touch was gone. He had trouble making decisions, and when he did they were likely to be wrong. “Namer” which was supposed to generate names for people and things went nowhere.

Julia’s identical twin Lisa called Hanley and said “I need to see you, how soon can I come over?” Hanley didn’t see how she could help with his grief, but said “Now.” Might as well get it over with, couldn’t hurt, couldn’t help.

Hanley had met the twins while in college. Julia was the serious one, and Lisa was the wild one. Physically, the only difference was Lisa had her hair up and Julia had her hair in a ponytail, Lisa was left handed, Julia was right handed. He was drawn to both, but Lisa seemed to have a new boyfriend every week and Hanley didn’t want to deal with that.

When Hanley let Lisa in, the first thing that she said was “We should get married.”

After a short pause, Hanley said “Isn’t this a little sudden?”

“Before you reject the idea, look at this note – ‘Duke, if I should die prematurely, I hope that you will marry my sister Lisa. Despite what you think, she can take better care of you than anyone else. Biblically, it was common custom in some cultures for a widower to marry his late wife’s sister. Julia’” The handwriting was clearly Julia’s excellent cursive. Lisa’s writing was so bad, that she resorted to printing.

“That’s a lot to take in. How do you know we’d be compatible?”

“Do you remember those fun weekends that Julia set up for you two?”

Again, Duke paused for awhile until his face lit up “Ok, I can buy that you changed hairstyles if you are claiming it was you on those “fun weekends”, but you are left handed. I would have noticed that.”

“That’s only half true; both of us are or were completely ambidextrous. As five year olds, we decided to choose dexterity as a signifier of which of us is which. We thought that it made us easier to identify and gave us the opportunity to switch sides. Our ambidexterity is only part of our magic.”

“Part of your magic?”

“Do you recall that your ascension at Gold started shortly after you got married?”

“Yes, well it must have been that Julia made me completely happy and I was more relaxed at work.”

“That’s part of the story. You must remember those relaxation sessions that Julia put you through.”

“Sure. She did some kind of hypnotism and when I came out of it, I’d be totally refreshed. So what?”

“So that is where your new-found creativity came from. While you were under, she had a, I hate to call it this, unique new age-y kind of procedure that unleashed your potential. While you were hypnotized, she’d whisper certain words in your ears and massage you, both internally and externally.”

“I suppose the ‘massage’ is why I remember certain fascinating images afterwards and was warm and sticky.”

“Yes. Those sessions did nothing for your technical ability, but freed your mind and enhanced your potential to see things that couldn’t be judged strictly on a technical basis. I know all of this sounds like so much horse stuff, but you have to believe that Julia was the basis for your leap in consciousness.”

“Yes, but after we are married, you’ll be back to your old self. I’ll see to it.”

“You have the touch too?”

“Yes. It skips a generation. Our mother didn’t have it, but our maternal grandmother had the touch and passed it on to us. Partly it is simple words, and part of it is something deeper that can’t be explained.”

“Before we proceed, you should know why I chose Julia over you.”

“Yes, I know the reputation that I had. Both of us wanted you, but I’m not bitter about Julia winning. As I said, I didn’t lose you completely and my rotating boyfriends were not all about sex. I practiced my magic on some of them in order to enhance their lives. And of course there was a lot of sex of varying qualities.”

Lisa started to go, but suddenly Hanley said “Say, what did Julia do while you were with me?”

Lisa pulled a note out of her pocket and said “Read this.”

Duke read the note. “Tell Duke on your tenth anniversary what I did when you pretended to be me – Julia.”

A couple of weeks later, Hanley agreed to marry Lisa. He told himself that it was mostly because of Julia’s wish. Who knows how we make decisions? So much of what we do is driven by forces beneath the surface.

After his marriage, Hanley dove back into Stem projects, with which he had more successes. He pulled Gold out of Laser Bowl at its peak before people lost interest. His re-animation project is another story, told elsewhere.