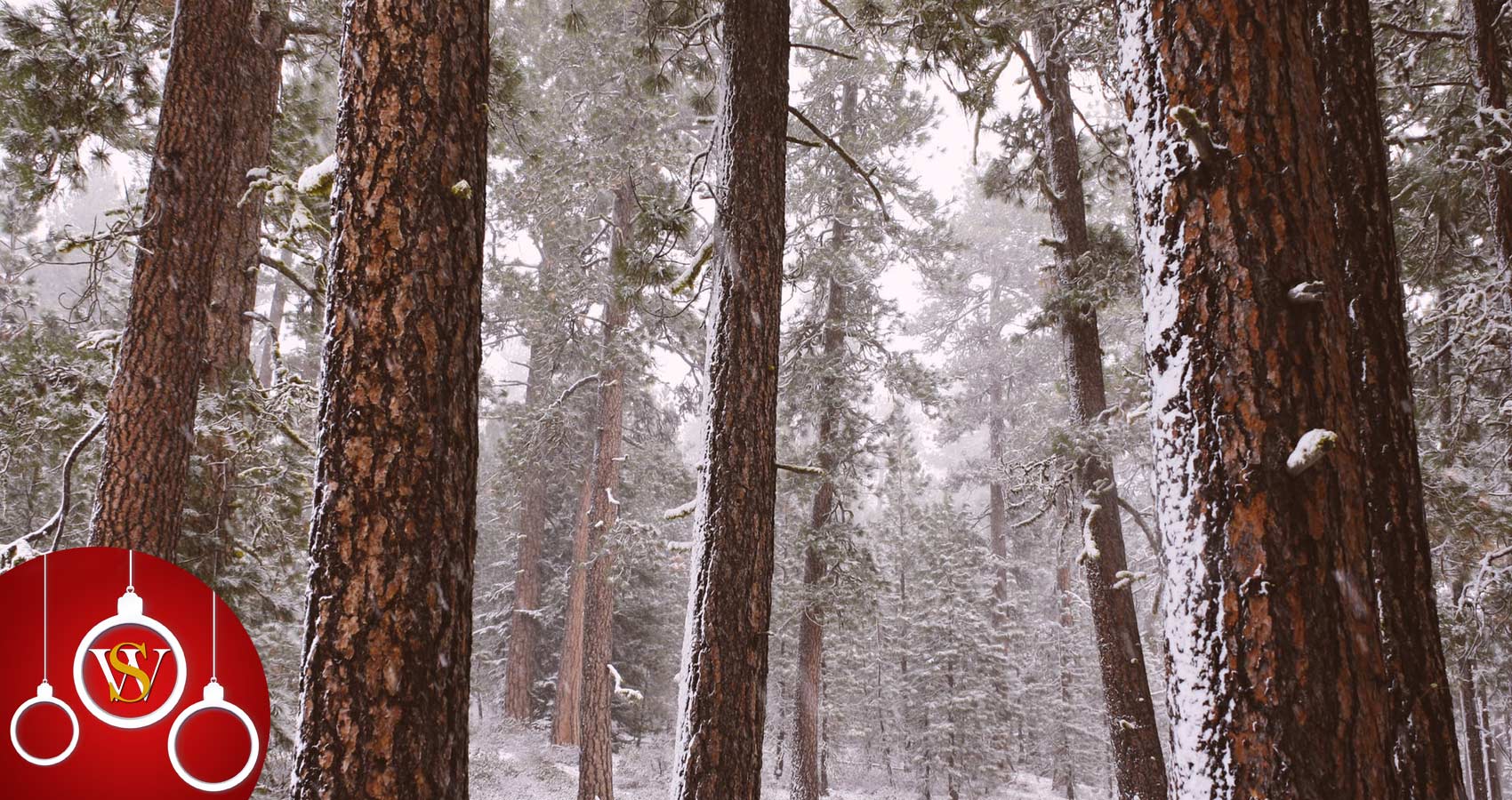 Sheila wonders if Duke’s mind is going: “How long have you been north of the 45th parallel on December 24th? Is that still a surprise?”

“In order of questions asked, too many and no, not a surprise, just disturbing.”

“On the subject of surprises or not, what do you have to celebrate this Christmas Sheila?”

“Most importantly that I have my health and you, my dear. After that, I suppose that we gave up exchanging token gifts that just added to the clutter years ago. I’ve got a chest of jewelry that I wear at most twice a year. Last year we talked about the international improvements over the last sixty years. Things really turned around since 2020.”

“My turn. I like the snow around the Buck Tree here in Iron Mountain Park. I love that snow has come back to Western Oregon at least when I don’t have to drive. I don’t know if you remember, but in the bad old days the only convenient way to snow shoe or ski was to fight the traffic to Mt. Hood instead of hopping on the train. Most of all you finally convinced me that I didn’t need to worry about losing you. Non sequitur – have I told you the history of the Buck Tree and Iron Mountain Park?”

“You mean the tree named after the volunteer Mike Buck, who did so much to improve the park that is named for the iron ore mine. Maybe once or a hundred times. About you losing me – I couldn’t lose you; you are the only one who knows all of our passwords.”

“Are you glad that we used the CBD tonight instead of the mushrooms?”

“Yeah, we got a little crazy last year with our hallucinations. Speaking of which, psychopharmacology is another thing to be thankful for.”

Sheila gets up “I’m ready to walk home. Do you think the cars have come home?”

Duke and Sheila hold hands on the way home as they had done so many years ago. Duke says, “I think that 2094 will be an even better year than 2093”.