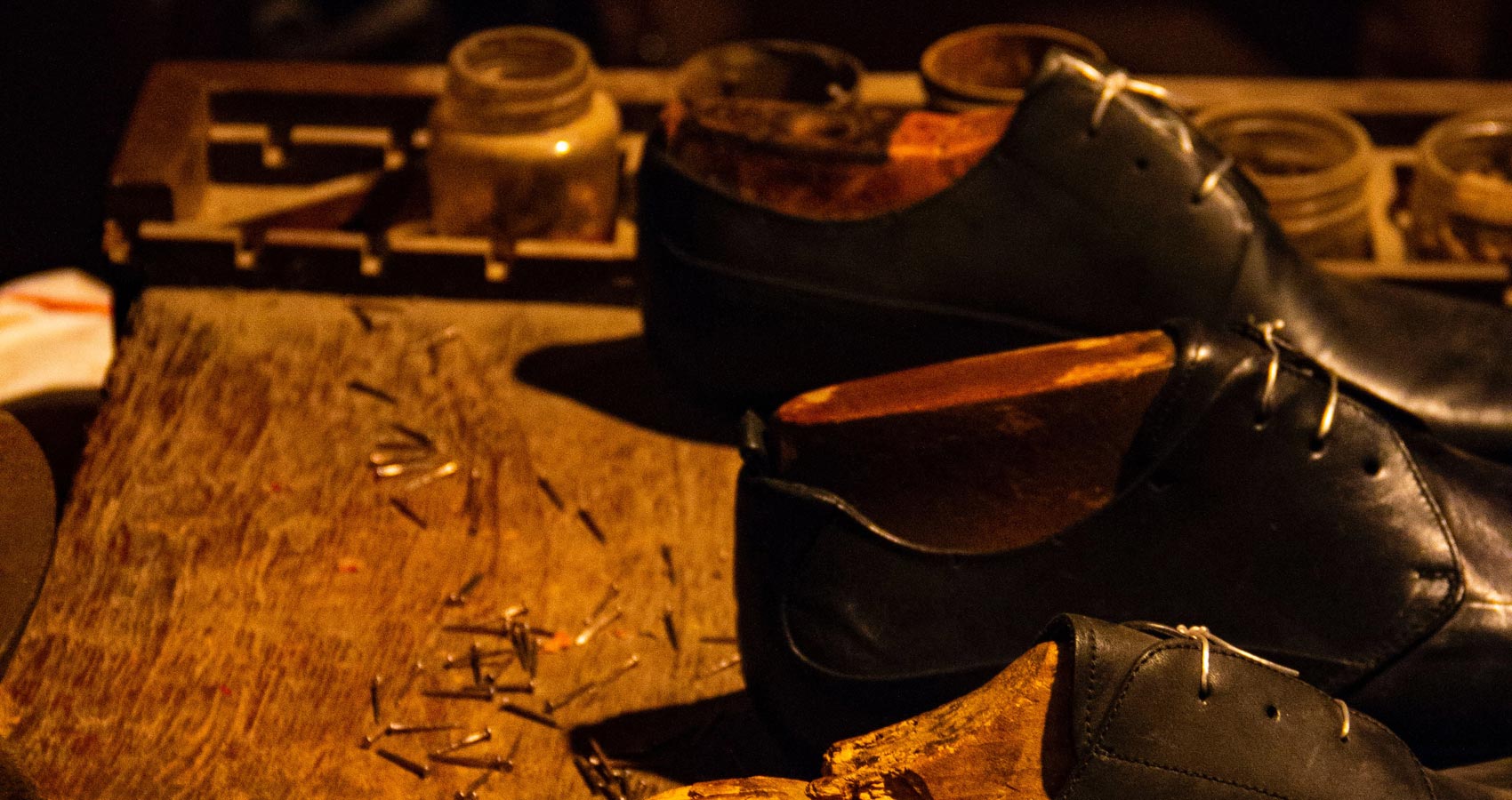 The shoe shop also served as a place to cut keys. The proprietor was a friendly man with dark curly hair, and he knew much about business and his job having inherited this from his father and his father’s father. His place of work bore little resemblance to the semblance of modernity in the world around, however the place was alive with atmosphere with the shoes and boots neatly stacked in pairs on shelves. There was a big machine called an engine lathe with different wheels which was used for his work. A flowering plant cropped up where one would least expect, and a pair of yellow boots beside a pair of black boots starred out of the window at the passersby. The door did not chime when one entered but rather creaked to life and it usually had one or two customers inside even though space was a premium.
The shoemaker had lots of different types of visitors, mostly from those who realized the worth of a good pair of shoes and the value of the environment in which they lived. There were however some customers who somehow could not look him in the eye, and they were usually looking for a key to be cut. The shoemaker knew they were up to no good and so he would cut the key so that it did not fit correctly and thus they were foiled in any plot to inflict misery upon others. The honest ones came back and complained that the key cut did not fit. The dishonest ones would stay away.
The shoemaker was well respected, and his customers always came back.
However, every evening when the shoemaker had locked up shop and was already resting at home something would happen in the shoe shop. The pairs of shoes, boots and sandals would hop down from their resting place and the oldest pair of shoes would then set about switching on the grinding machine, fetching a key to be cut and working at it with all the whirring and purring with all the other keys agog until it was finished. This key knew the specifications for the key as it was held in the interpretation of the creaking of the door as it opened and closed throughout the day. Thus, this pair of shoes had to have a keen ear and an appropriate pair of laces which acted like fingers in cutting the key.

Once completed the other shoes and boots would swing into the air and locate themselves at strategic points of the carving machine. It would then suddenly be lifted into the air and a key would then be thrust into the doors lock. The yellow and black pair of boots would give a coded warning if someone was coming by tapping gently against the windowpane. When the coast was clear the machine would be carried through the door and would be lifted high into the night sky. Once it was high enough to be out of sight, the oldest pair of boots would emerge with the newly cut key and fiddle away at an invisible door which was the gateway to another time zone.
Having entered this portal, the machine would whiz at the speed of light over land, sea and valley until the day appeared and they would glide down above a shanty town somewhere in South America. The shoes would drop down sporadically from the machine and find their way into tiny homes where the owners slept away their daily woes. Imagine their surprise to find a newly mended pair of shoes, boots or sandals upon awakening. These would be fitted for everybody accordingly, so no one got a pair that was too big or too small. The peasants would parade proudly their wares throughout the day and then placed them by their door or bedside at night. But as soon as slumber came the shoes or boots would slip out, drift up into the night sky just in time to be picked up by the engine lathe and then it was back to the gateway, and they would all arrive just as the sun began to peep above the horizon. They would then find their places and rest until they heard the shopkeepers key turn in the door.

I sometimes experience something in a shop or place, I write about it, give the story to the owner and then disappear into the undergrowth just like that lady did when she got off a bus in the middle of the countryside somewhere in Serbia. I watched as she disappeared into a field of tall stalks of grass and flowers.