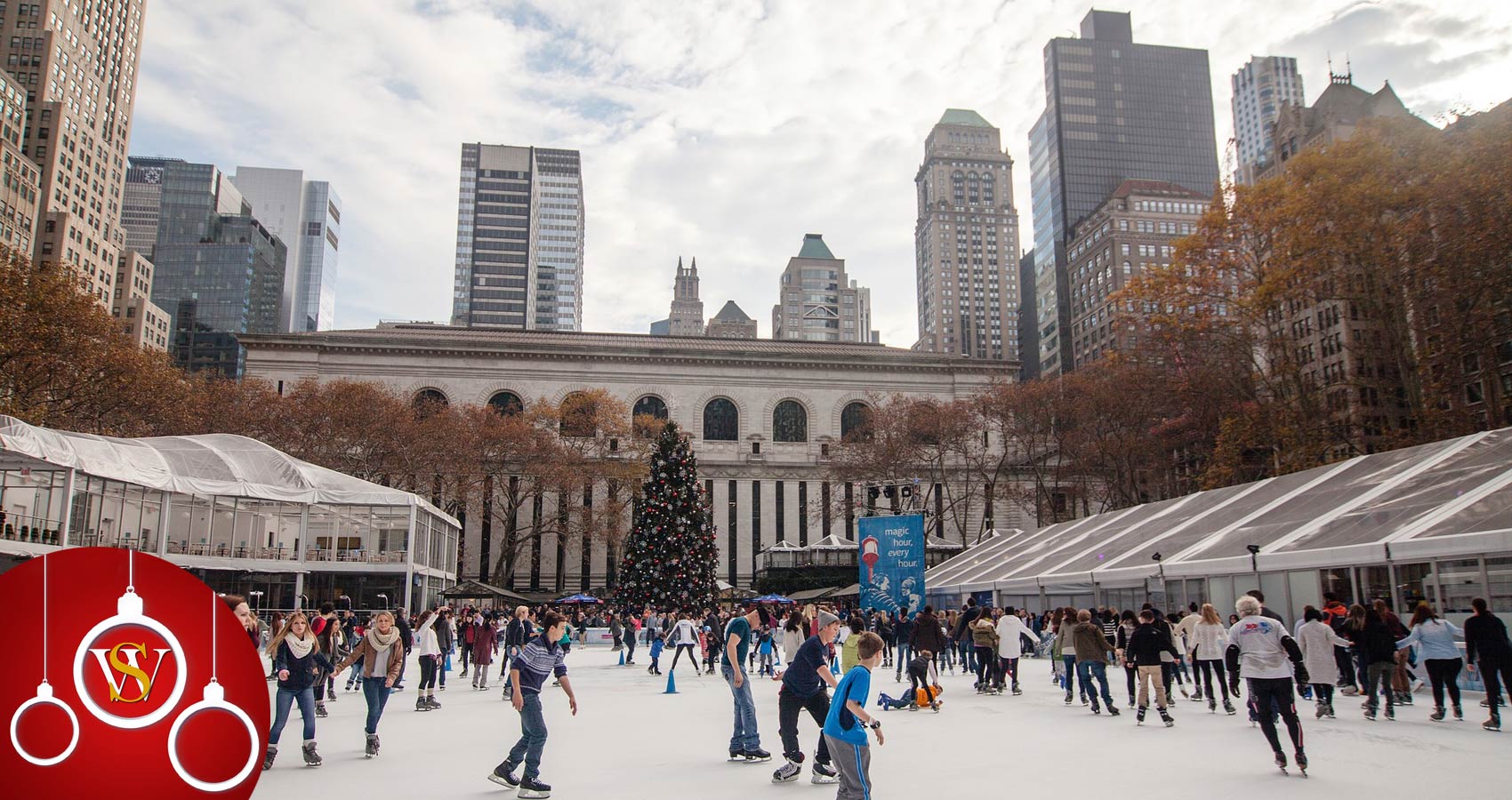 Office workers take to the ice
on a cold, gray December morning,
the freshly Zambonied surface,
smooth as skyscraper windowglass,
is soon slashed with scars.
As workers wrestle,
trying to attach blue lights
to the Bryant Park Christmas tree,
a man with his work ID
dangling from a lanyard
cuts between the skaters
with the same precision
as he did playing hockey
thirty years prior,
before he was a broker
for Reuters, just down 42nd Street.
His coatflaps billow in the breeze
his body makes,
minus hockey stick in hand,
as the Empire State Building
watches over the shoulder
of the American Standard Building,
with its burned black and gold-tipped surface.
American Standard has changed too,
gone condo,
much like this former hockey boy
has gone corporate.