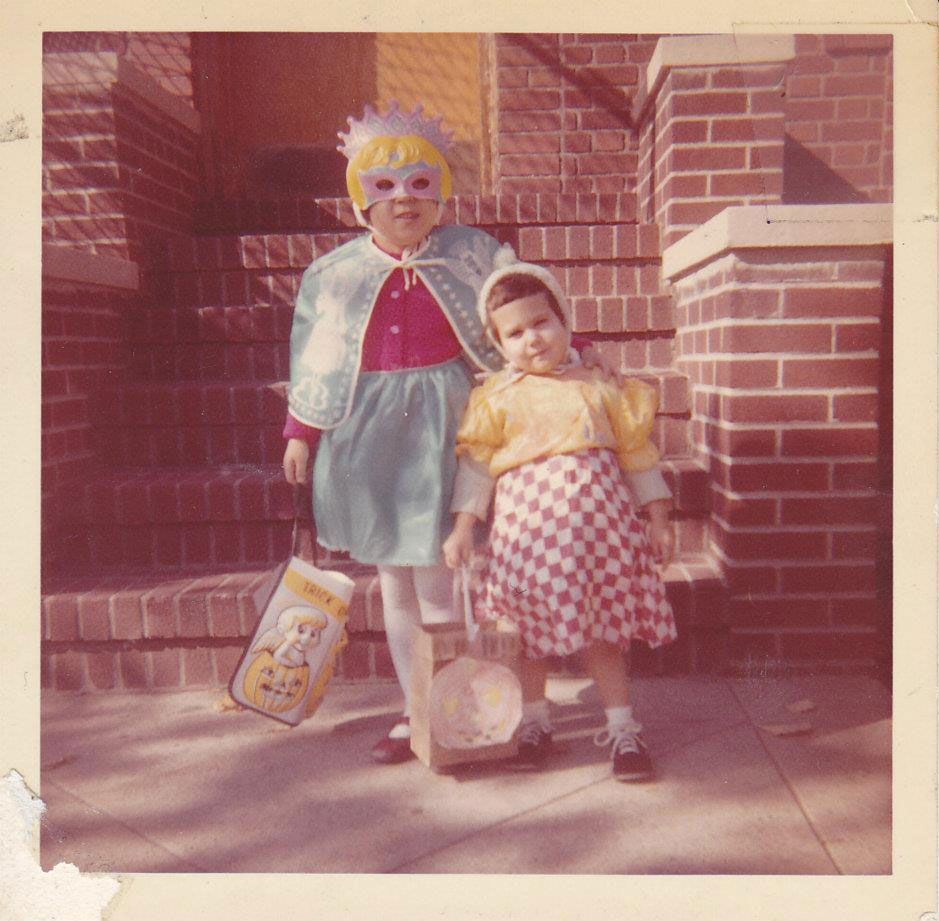 I used to love Halloween
when I was a kid.
I could be anything I wanted
including a blonde fairy princess
when, in truth, my hair was
black as shoe polish.

I used to love Halloween
when I was a teenager,
the gore, the blood, the fake scars,
running from the boys
who hurled eggs at you,
smacked you with chalk sticks
they hid in tube socks
and getting splattered with handfuls
of Barbasol shaving cream.

I used to love Halloween
when I was a grownup,
holding my toddler son’s hand,
him dressed as a ninja,
me as a nun.
People would confess
their sins to me
when they caught a glimpse
of my metal-tipped ruler.
And later, when my son and I got home,
I ate all the candies he didn’t like.

But now that I am older,
Halloween isn’t the same.
Maybe because I have real scars,
maybe because there are real demons
pursuing me,
my own mortality
knocking at an invisible door
within myself that I can’t see.
Maybe because cancer
has been at the other side of that door,
twice,
leaving me wounded
and battle-weary
but still here,
still here,
missing the innocent Halloweens
of princess masks
and Snickers bars.

Yes, I used to love Halloween
but as a grownup
life is scary enough.