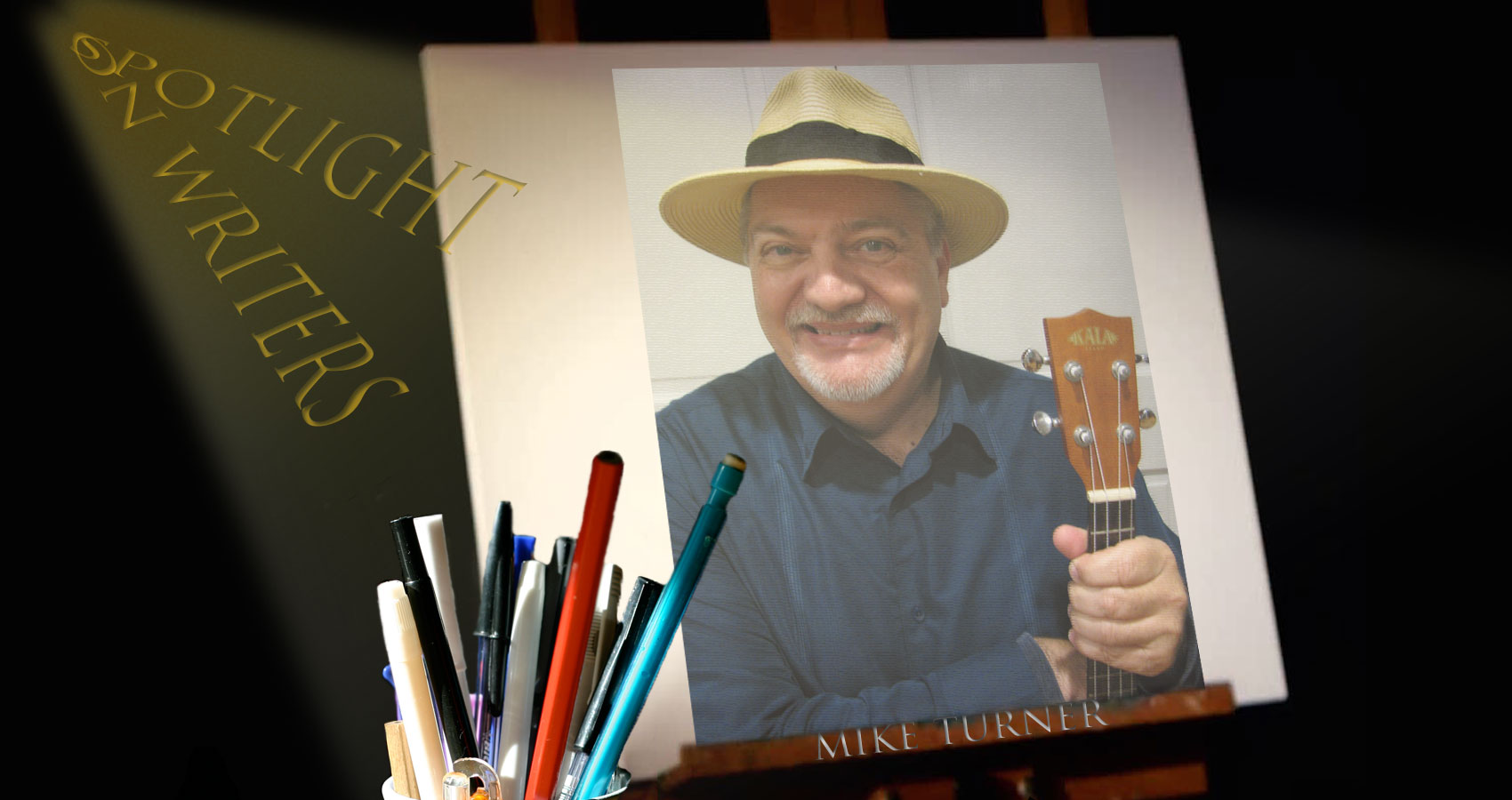 I grew up outside of Detroit, and in a 27-year career with the Federal Government lived in a number of places: Michigan, central Ohio, Southern California, Arizona, Washington, DC. My parents were originally from West Virginia, so I’ve also spent a considerable part of my life there. I now live on Mobile Bay in Alabama, on the U.S. Gulf Coast.

I live in a small town, Fairhope, Alabama, outside of Mobile, that was founded in the late 1800s as a progressive social and economic experiment. One consequence of those beginnings was that the town attracted, and continues to attract, artistically-minded thinkers. We have vibrant arts, writing and music communities, including the largest annual juried art show in the Southeast and one of the largest annual songwriter festivals in the country. The wider area has a fascinating history – Mobile has flown the flags of France, Britain, Spain, the Confederacy and the United States, as well as having more ancient histories with Native American groups like the Cherokee and Poarch Creek Indian Nations, along with the twin tragedies of slavery and Jim Crow. And we also have spectacular water-related activities on Mobile Bay, the Tensaw Delta and the Gulf of Mexico – kayaking, swimming, boating, an entire fishing and shrimping culture – we own a classic schooner that we sail on the Gulf. So there are terrific opportunities not only for networking with other writers and musicians, but for finding inspiration for my songs and poetry in the unique culture and history of the area.

I increasingly find myself revisiting three topics in my writing: history, loss and truth. I write about other topics, but those seem to be the three that most fuel my creative output. I’ve written songs and poems about local history – a tragic train accident in the Mobile/Tensaw Delta in the 1990s, a local sailing regatta that was devastated by a rogue storm a few years back, the BP oil spill, things like that – pieces that harken to the classic story-telling traditions of folk music. Much of my songwriting is in the blues, folk and traditional country genres, dealing with lost love, missed/squandered opportunity and social issues like poverty, homelessness and injustice. And lately I’ve been reflecting on different aspects of truth – what it is, how we perceive it, how we’re affected by its presence and absence, the importance of finding and presenting it to the world. I would really like my writing to mean something – a friend once described me as a, ‘writer with a message,’ and that’s a title I’d like to live up to.

I have an affinity for slightly archaic language – old words, and old usages, find their way into my songs and poems. One of my favorites lately is “amongst,” which I use in a blues/rock song, “Evil Amongst Us”:

Injustice – rights abridged, equal protection of the law denied, position and power abused. I spent 27 years as a Federal law enforcement officer, and have a high sense of fair play and justice – and I don’t like seeing them denied. I’ve written a number of pieces that deal with social justice topics like poverty, unemployment, homelessness, violence, peace, the use of nostalgia to extol privilege and conceal bigotry and hate – to raise awareness and motivate action to correct errors and right wrongs.

I’ve got a saying on my Facebook page that begins to sum it up: “Sailor. Songwriter. Full-time adventurer.” More and more I find myself trying to find essential truths, expose wrongs to the light, and hopefully motivate folks to find their way to inner peace and, together, make a better world.