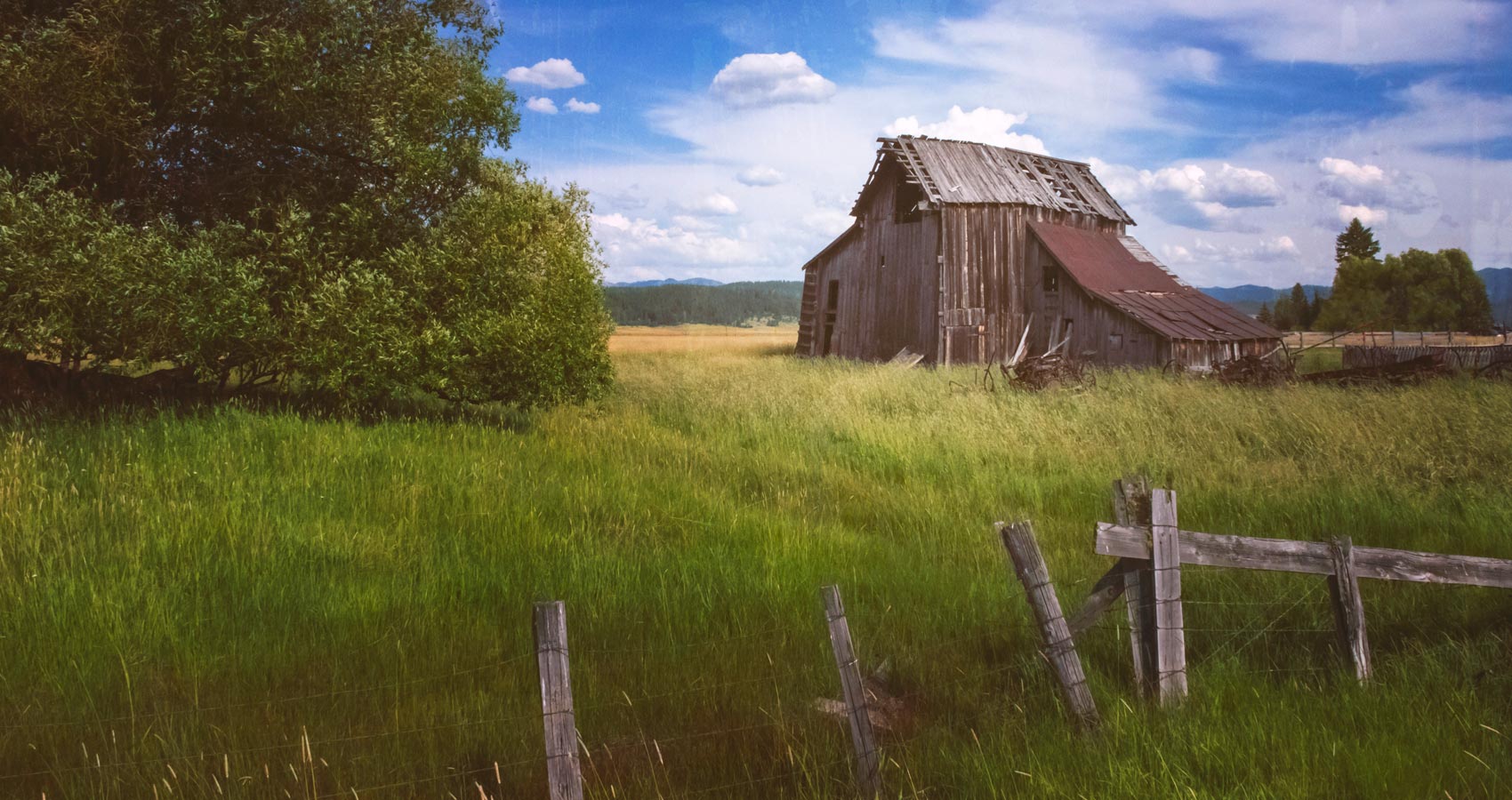 feeling small among the wide-open spaces
scrounging about for secrets of the past
in the shadows of an old empty barn
whose rustlings whisper of creatures
seeking shelter from the august sun
the wood knot holed, dried out and grayed
from who knows how many seasons
of standing here alone, miles from anywhere

now and then, the peaceful silence would be pierced
by the rolling whine of eighteen wheelers, just passing through
pushing ninety miles an hour in this timeless place
the grass in the ditches waving wildly in their wakes
the slipstream, and those tall exhaust stacks
could be heard for miles, like double bass
and deep brass notes resonating across the emptiness
fading away as they topped the next hill

sometimes, in the furnace of the summer sky
the clouds boiled, climbed, spread out, blotting out the blue
turned dark and threatening as the wind grew restless
and a low rumble rolled across the landscape
the trees seemed to hold their breath
knowing what was coming and unable to run
a chill ran through the captive audience
as the orchestra in the clouds prepared to play its angry overture

suddenly the winds kick up clouds of dirt and hay
inside the old barn, the walls creak and groan
lightning blinds me, close enough to smell the burn
thunder explodes a split-second later
and the rain comes all at once, like a mad waterfall
leaking through the tattered roof in a dozen places
blowing through the wide doors in sheets
summer sings at full roar, and the world disappears

I wish I could go back there.

Dale Adams lives in Bethany Oklahoma with his wife, 1 dog, and an unknown number of guitars. He enjoys reading history and science, as well as poetry and music. He has been writing poetry and composing songs since 2011. Dale has established SoundCloud and YouTube Channels, and has converted poems into songs for many other poets. When one of his own poems becomes a song, he records it in his home studio and posts to Soundcloud, YouTube, and Facebook. Some of Dale’s publications are Warriors With Wings Anthology, and Fallen Angel Anthology.