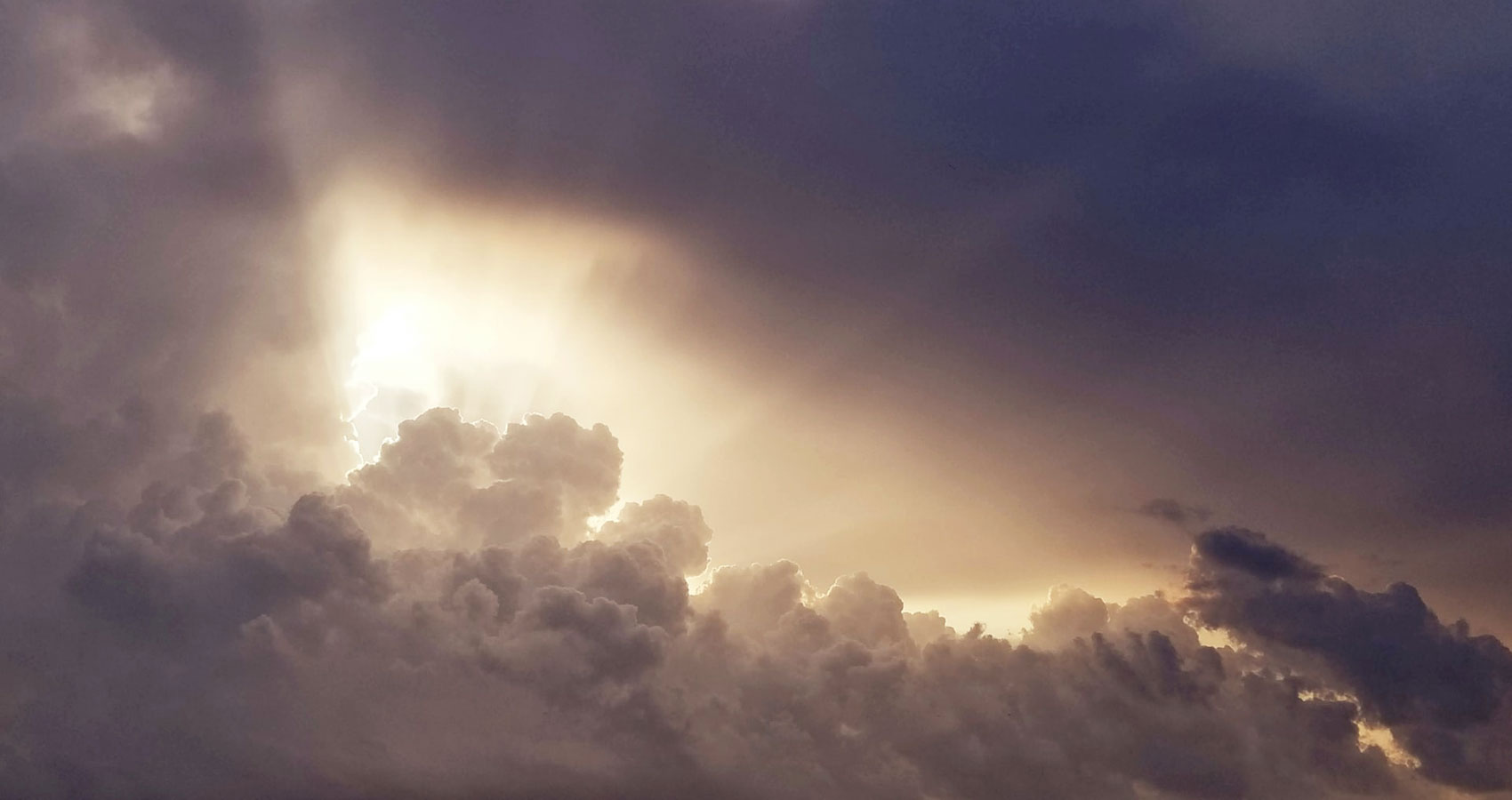 He lay supine, unchanging,
As he woke from a deep slumber.
His eyes skirted the clouds above,
Then he leaned to his side to look below.
Oh, the fights of them people,
Where was the peace he’d grown used to?
The harmony he had thought was forever,
Like music to the ears of the unhearing.
A crease smoothened on his forehead,
As his bewilderment increased,
When he saw war not among kingdoms,
But war between his beloved people.
He let out a shallow breath,
As he saw they painted with blood,
Washing their rusty knives,
With the blood of their trusted lives.
He looked on as people wasted,
Wasted their chances at lives,
Investing in nothing but themselves,
Not flowing with the course of life.
But this, this wasn’t what he foresaw,
This isn’t why he gave you everything,
He looked on as his playthings,
Wreaked havoc on his life’s work.
Oh, my, what have y’all done,
He lifted a heavy hand morosely,
Snuffing out all of them humans,
With a graceful flick of his wrist.
Look what you’ve made me do,
He shook his head softly,
I thought y’all will bring my home victory,
God said, before he closed his eyes for a nap..

Thryaksha Ashok Garla, an eighteen-year-old, has been writing since she was a little kid. She has a blog and an Instagram account with about 250 poems posted till date. She touches upon themes such as feminism, self-reliance, love and mostly writes blues. Her poems have been published in two issues of the 'Sparks' magazine, and in poetry anthologies such as ‘Efflorescence' of Chennai Poets’ Circle, 'The current', 'The Metverse Muse', 'Our Poetry Archive', 'Destine Literare', 'Untamed Thrills and Shrills', 'Float Poetry', and in the 'Setu e-magazine.' She won the first place in the poetry competition held by India Poetry Circle (2018) held in Odyssey. She's pursuing psychology. She's a voracious reader, a violinist, and dabbles in art.

Latest posts by Thryaksha (see all)